One of the new features in Assassin's Creed: Odyssey is level scaling which adjusts enemies' and quests' levels to your current one. On this page you can learn how does level scaling work and how does it affect the gameplay.

How does the level scaling work in Assassin's Creed Odyssey? 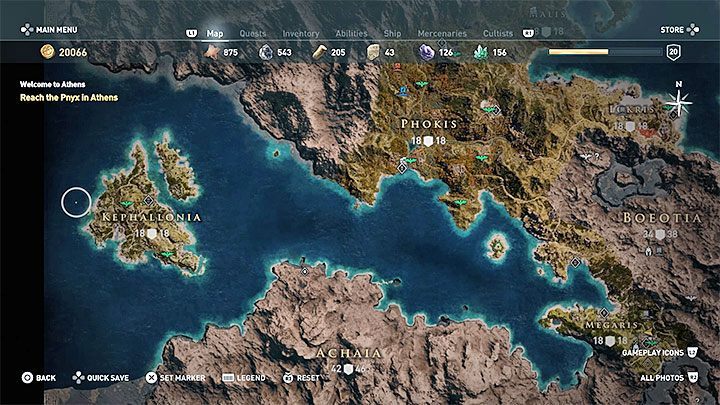 Level scaling in Assassin's Creed: Odyssey works like this - when you level up your character, the game does the same with the world. The game levels up enemies, quests and regions. The goal of level scaling is to provide constant challenge. You will never have a situation where, i.e. an enemy is 5 or 10 levels below your character.

As for regions, level scaling increases their recommended level. The picture above shows Kephallonia, Megaris and Phokis - initially, these regions had low recommended levels (1-5, 6-9, 9-13). However, their levels have increased - this was caused by gaining a few new levels with the main character. In our case, Alexios is currently at level 20 - all regions are 2 levels below ours. This means that enemies encountered there are on at least level 18 (it can be higher for elite foes).

Level scaling doesn't appear in those locations that have higher level than yours. In our case, Achaia region still has the same recommended level as it had at the beginning of the game - 42-46 level. 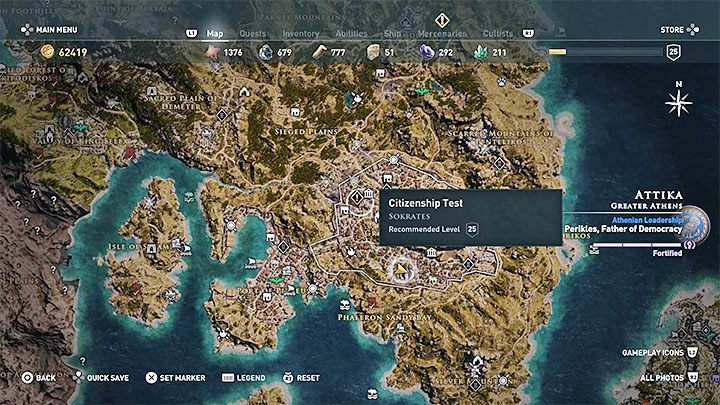 In quests, level scaling works by increasing their recommended level. If a quest is completely new, it is very likely that when you start this quest it will have the same level as yours (the picture above shows an example of a quest that has recommended level 25 which is the same as the main character's) or slightly below it.

Note - The game increases both recommended levels and rewards. A "leveled up" quest gives you more XP and items that have the same level as the quest.

How to deal with level scaling in Assassin's Creed: Odyssey? 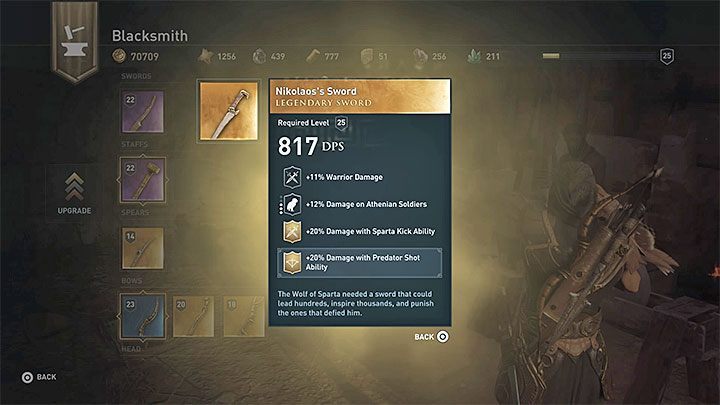 The most important thing to do if you want to deal with level scaling in Assassin's Creed: Odyssey is to keep upgrading your gear or to replace it with better items. For example, when a level 20 character uses level 10 weapons, their damage will be much lower. The same goes for armor. Wearing pieces that are several levels below yours can mean that your character will receive more damage.

We recommend upgrading only golden items, the rest of your equipment should be replaced with better loot. Weapon and armor upgrades can cost a lot and they can require a lot of crafting materials. Also, your character gets new loot on a regular basis which means that you don't have to visit merchants to buy better equipment.

Can you disable level scaling in Assassin's Creed Odyssey?

Unfortunately - it is not possible. This is a top-down imposed game mechanics, which cannot be modified in any way. If you can't cope with your opponents, try to devote more time to explore the location and find interactive containers (each chest contains some random item from a level close to the hero). Perform activities that guarantee high quality loot - complete quests, kill mercenaries or find and eliminate cultists of Kosmos.