Leveling up your character in Assassin's Creed: Odyssey is a slow and tiring process. On this page you can learn how to get XP fast and how to level up quickly. Some of the topics described here (i.e. fights on the Arena) are more discussed more broadly in separate chapters. Our tips can help you continue the game, i.e. when you come across an important quest or region that has a high recommended level. 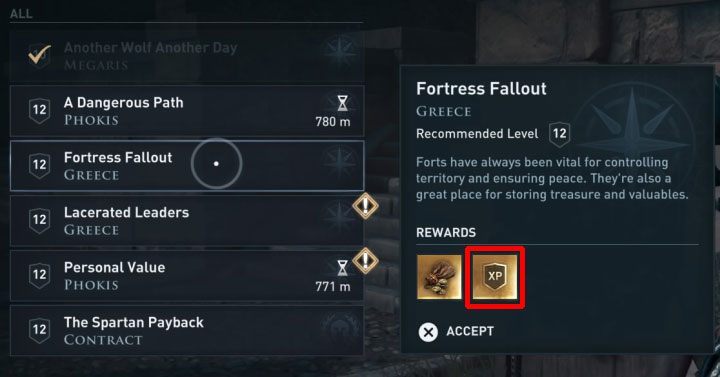 Not all quests found in Assassin's Creed: Odyssey will give you a lot of XP. The biggest amount of experience points comes from main quests, missions where you hunt the Cultists and legendary wild animals as well as certain contracts (those where you have to, i.e. defeat a few elite Spartans). Quests that offer huge amount of XP have gold XP icons - the picture above shows an example. Try to complete these quests first. 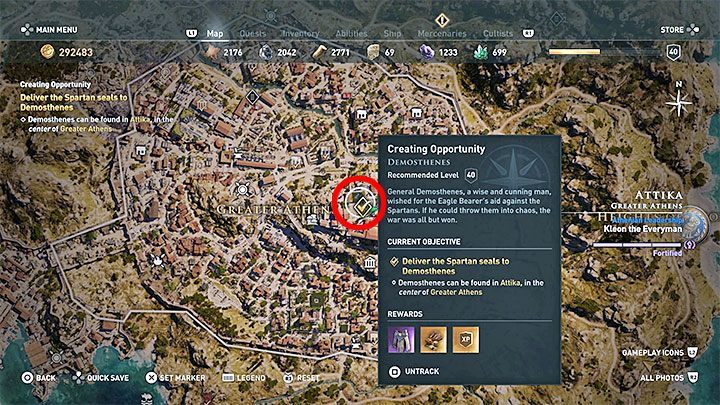 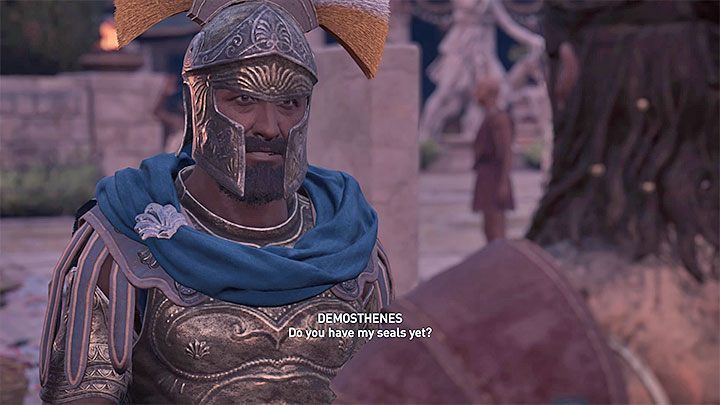 In the case of the contracts we mentioned above, it's highly important to unlock them as soon as possible, because only once they appear in the journal can you start completing them (completing quests in caves or sinking certain types of boats). Check the notice boards in every new location and the one onboard the Adrestia.

General Demosthenes is quite a unique contract giver, whom you can meet in the central part of Athens (Attika). Refer to the picture above. He commissions quests to murder elite Spartan soldiers and deliver their Seals to him. Elite enemies (e.g. Spartan Polemarchs) can be found in forts in regions under the control of Sparta. If you visit these regions for the first time, you can earn seals "by the way" of counting all goals related to fortresses. Once you provide Demosthenes with the required number of Seals, you will automatically unlock another quest and be able to fight for another prize in the form of a huge amount of exp (as well as gold and valuable inventory items).

Note - Even if you have picked up the contract from the bulletin board, it may be necessary to reach the person who pays the prize for the contract. Only then will you receive XP for completing the task. Browse through the logbook contracts regularly so you don't miss a contract that is waiting to be closed. 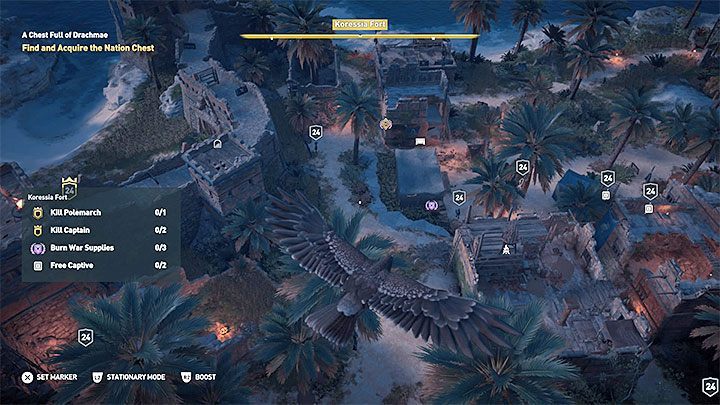 Every larger region has one fort and a few smaller camps. Locations that have bigger amount of objectives should be completed first (i.e. killing a captain, sabotaging war supplies, treasure chests). Complete them to earn a lot of XP.

Important note - Never leave a fort or a camp until you complete this location in 100%. The main reward, XP, can only be received after you complete all the objectives. Scout this area with your eagle if, i.e. you have problems with finding a chest. 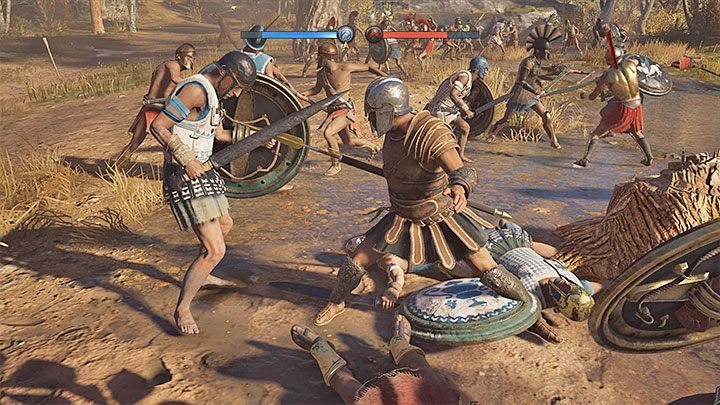 To unlock a Conquest battle you need to weaken the nation that is currently ruling a given region. You can often do that while you are doing quests in a given region. Smaller regions are weakened more easily (i.e. Keos island). Once you unlock the battles, you should join the attacking nation. This means that the battle will be more difficult. However, victory will bring you more XP (and better items).

More information regarding Conquest battles and weakening a region can be found in Conquest chapter. 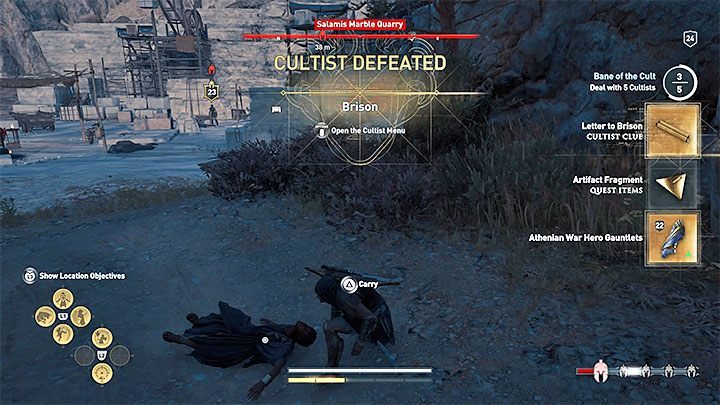 Mercenaries are the most important here - they can start hunting your character when you commit a series of crimes (you can also attack them when you come across these enemies). The game also gives you a lot of XP for eliminating the Cultists of Kosmos and hunting legendary animals (Daughters of Artemis quests).

Additional note - You should always let elite enemies notice you. Then, you should climb the top of a building or a high ledge. Use the Spartan Kick when this enemy gets closer to you. Even the strongest enemies can die immediately due to fall damage. 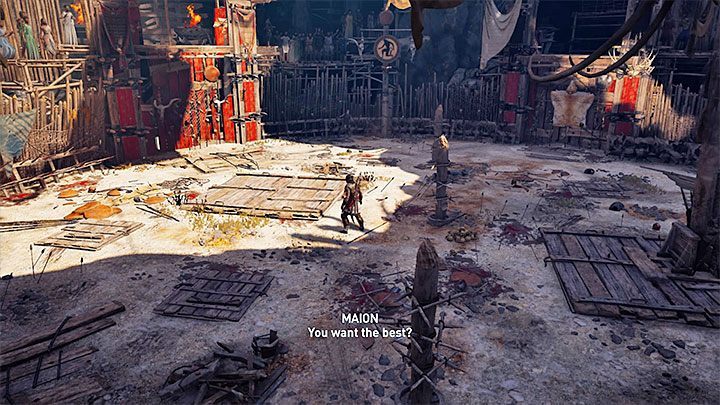 The Arena can be found in Pephka region, located in the southern part of the map. However, don't visit this location unless your character is on at least level 25. Otherwise, you can have problems with defeating even the weakest enemies. The Arena offers fights with increasingly stronger enemies who are accompanied by weaker foes.

More information can be found on How to get to Arena? chapter.