Assassin's Creed: Odyssey features hundreds of various quests. Among them you can find important and complex main quests as well as small missions (which are usually random) which can provide you XP or better equipment. This page contains important information and tips for quests, i.e. how to unlock quests, what are the available game types and what rewards you can get for completing quests. Walkthroughs for all the missions can be found in separate chapters. 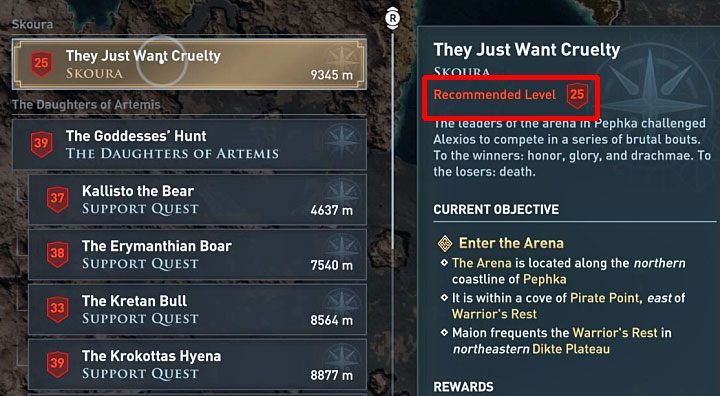 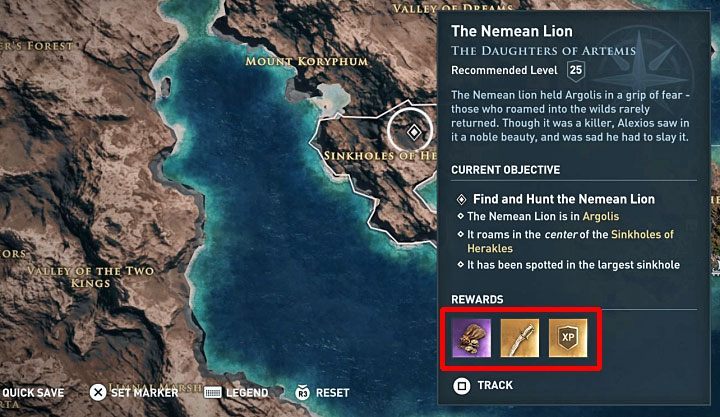 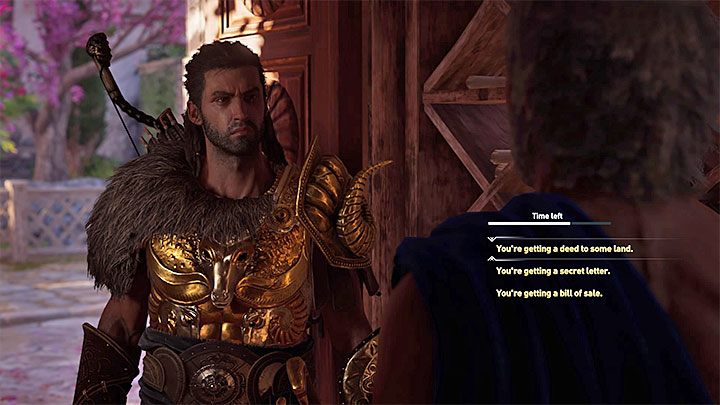 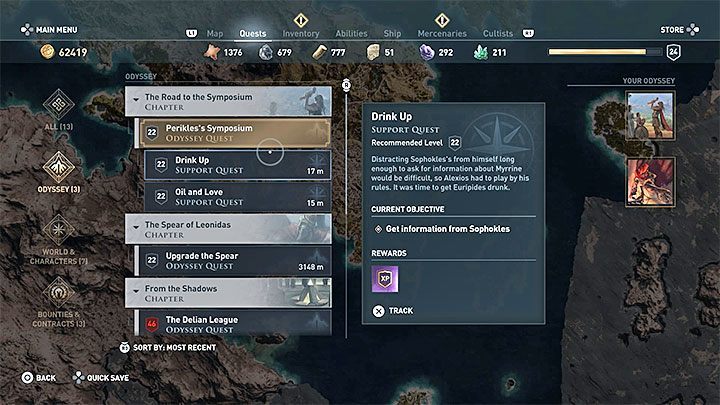 In Assassin's Creed: Odyssey, all main quests can be found in Odyssey tab in your journal. Some of the quests have multiple minor Support Quests (see the picture above). Completing them helps you in making progress in their parent quest. If you don't complete them, they will be moved to the side quests tab. Also, there are chapters where you will receive a few main quests at the same time. The game allows you to complete them in any order.

Later, the game will add a tab with a group of quests called Cultists. These missions are about eliminating the Cultists of Kosmos. Many of them require a high level. You don't have to do them right away. You can focus on quests from other groups that will allow you to progress to the next episodes (chapters) of the main campaign. Locate and kill the Cultists in your free time and do that only when your level is the same as those quests. 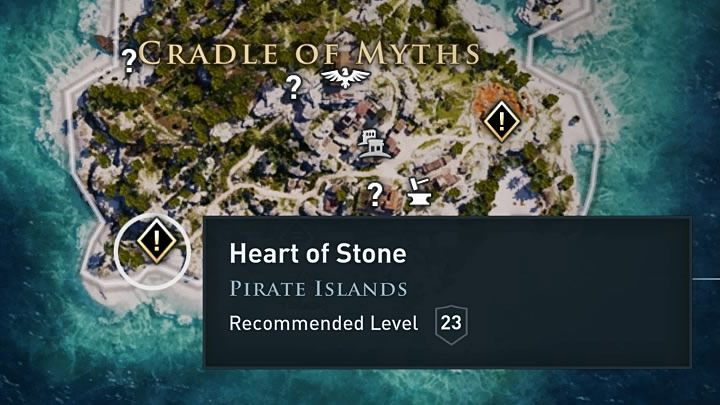 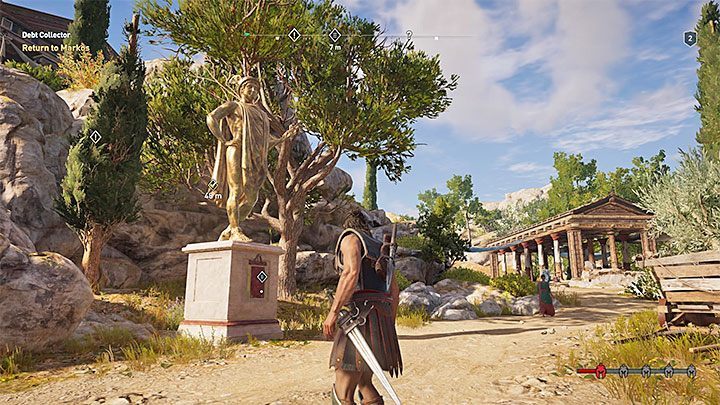 Unlike the main quests, almost all side quests have to be found by yourself:

Which tasks are random quests? 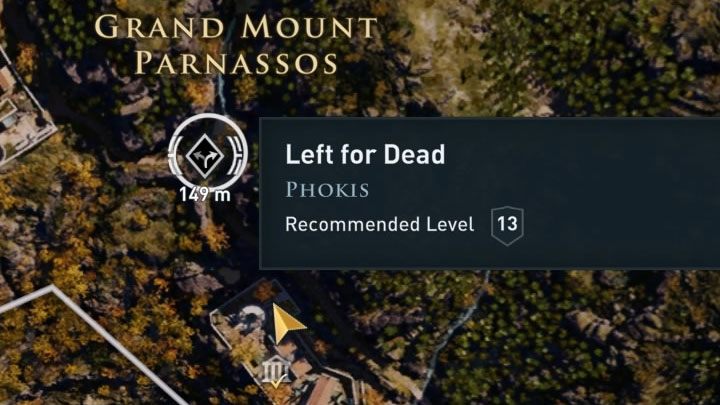