On this page of our Assassin's Creed Odyssey guide you will find information about all cultists of Kosmos in the Eyes of Kosmos Quest. Read this solution to know the whereabouts of all cultists and how you can murder them. 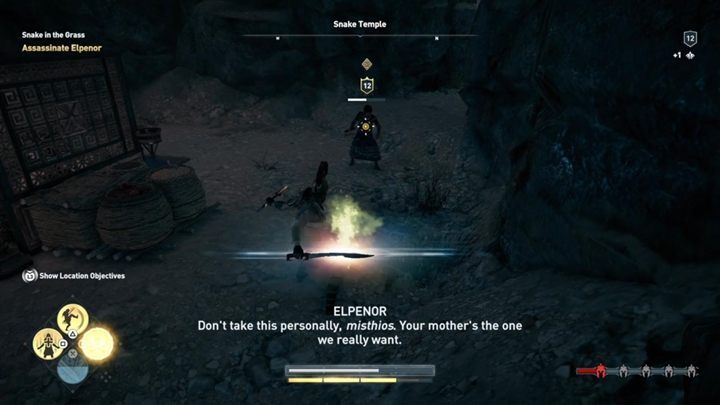 The murder of Elpenor is in fact a prelude to the whole mechanics of finding and killing the cultists of Kosmos. You kill the man during the Snake in the Grass quest - which is obligatory to finish the game. In fact, you can set out on a quest to find and kill other members of the cult only after you finish the 3rd chapter of the main storyline. 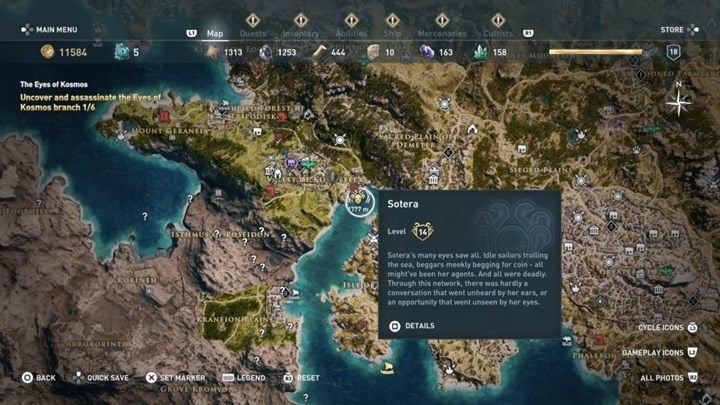 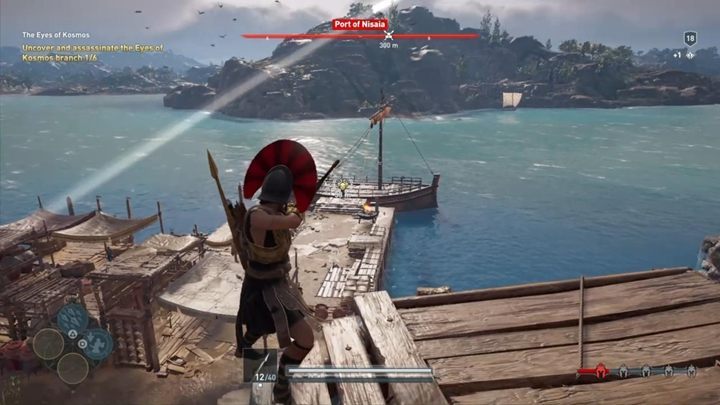 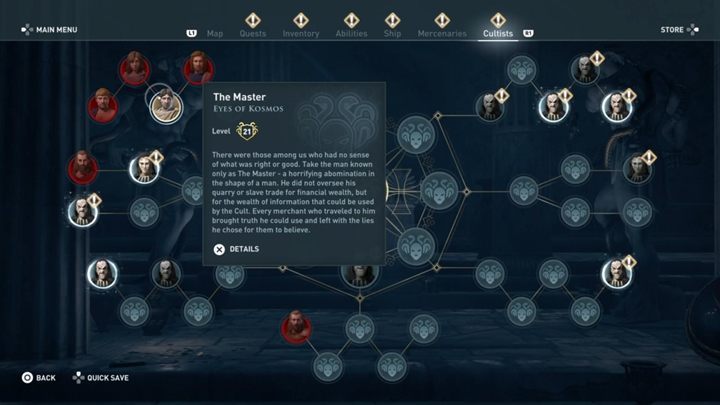 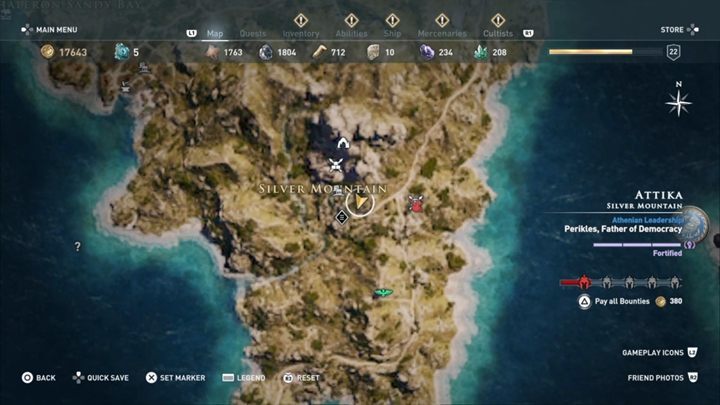 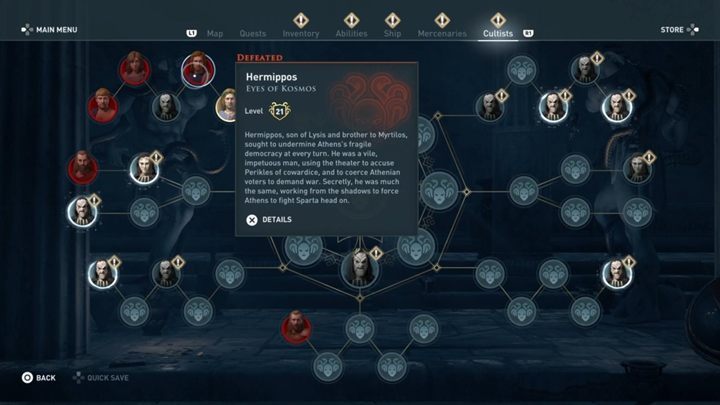 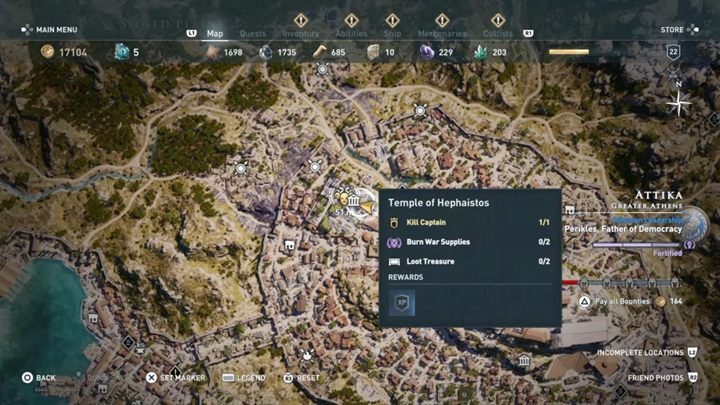 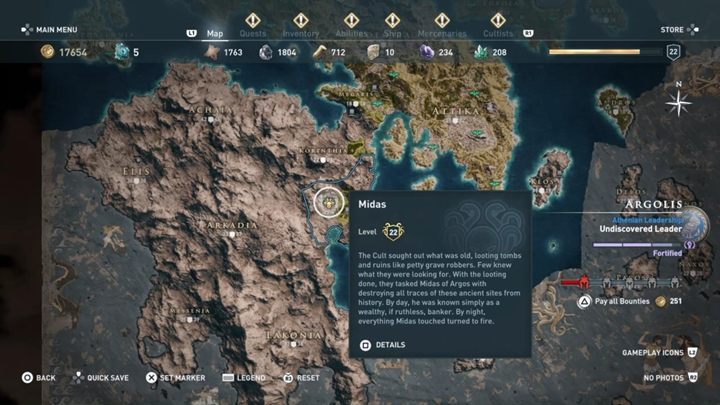 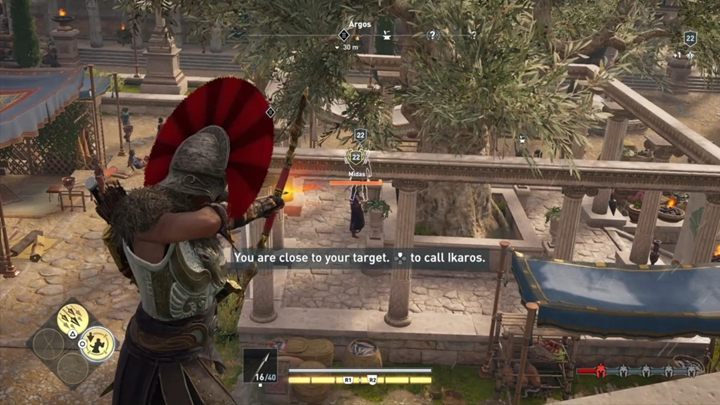 The Leader - Nyx the Shadow 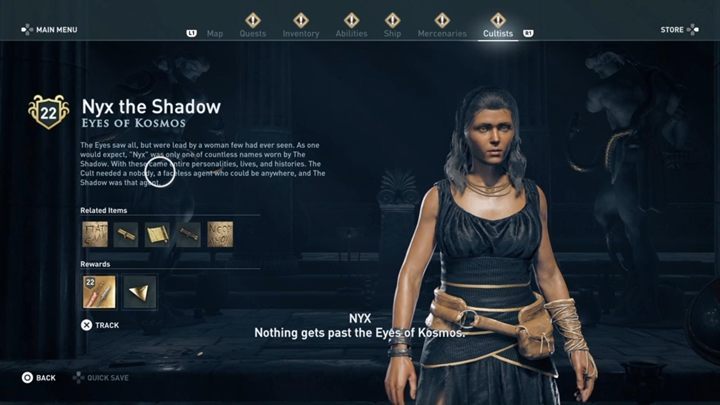 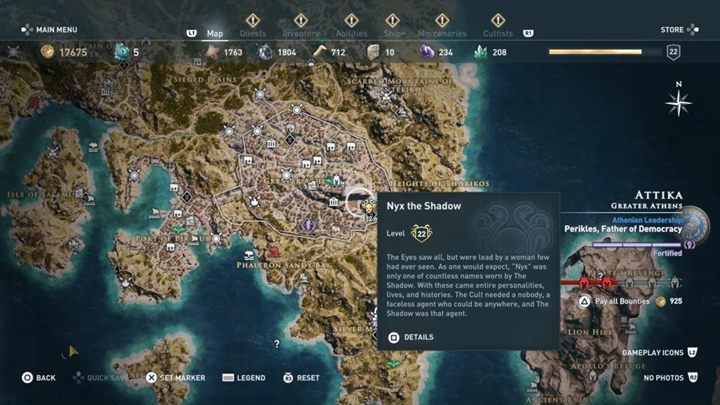 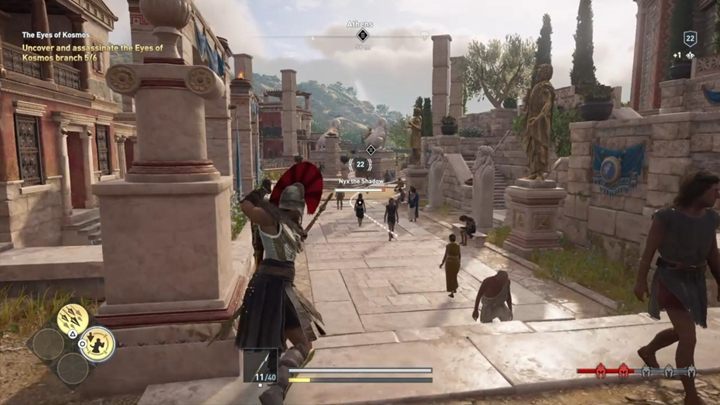