The Arena is a unique location in Assassin's Creed: Odyssey Odyssey. As you might have guessed, the location allows participating in organized combat. Winning the fights yields valuable rewards. The page contains information about getting invitations for Arena fights, locating the Arena, the requirements of the Arena and a breakdown of Arena fights.

Obtaining the invitation to the Arena fights 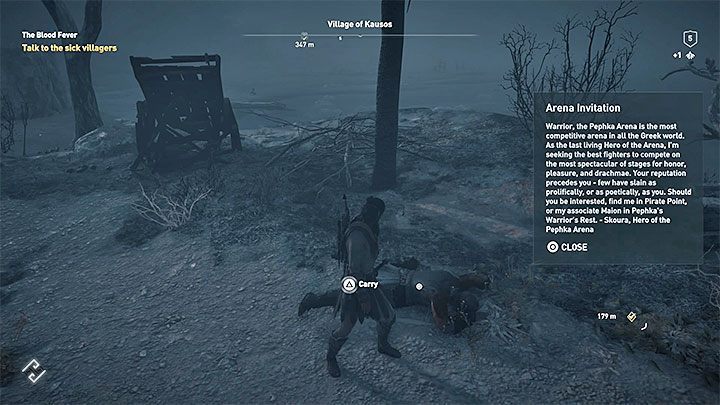 In order to obtain an invitation to the Arena, you have to defeat any mercenary. This could be, for example, Talos, who's hunting for the protagonist on Kephalonia.

After killing a mercenary, search the corpse, and you should find an Arena Invitation. The game will also unlock a side quest called They Just Want Cruelty.

Where is the Arena in Assassin's Creed: Odyssey? 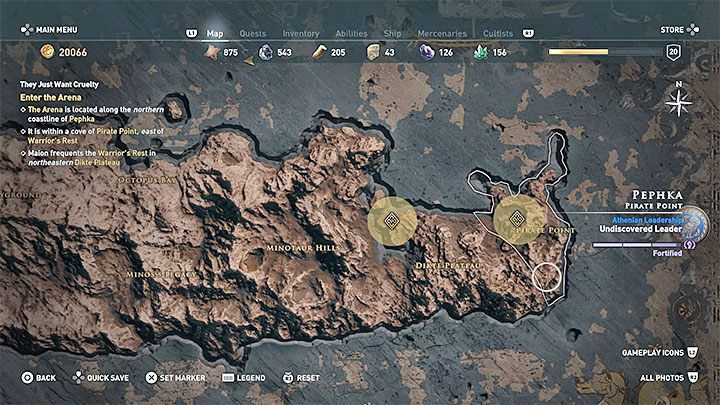 In order to reach the Arena, you have to sail to the Pephka island, which is located in the bottom-right corner of the world map. Do not travel there unless your character is at last at level 25. Otherwise, you will have a really hard time defeating even the weakest enemies there. 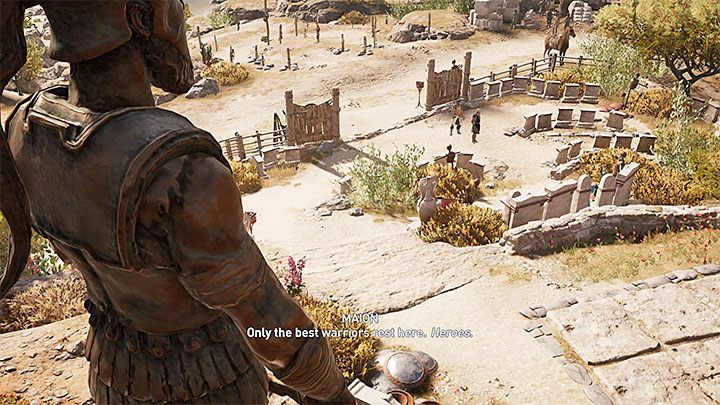 After reaching the Pephka Island, examine the western marker of the They Just Want Cruelty quest. Meet Maion in the location called Warrior's Rest and tell him you want to fight on the Arena. 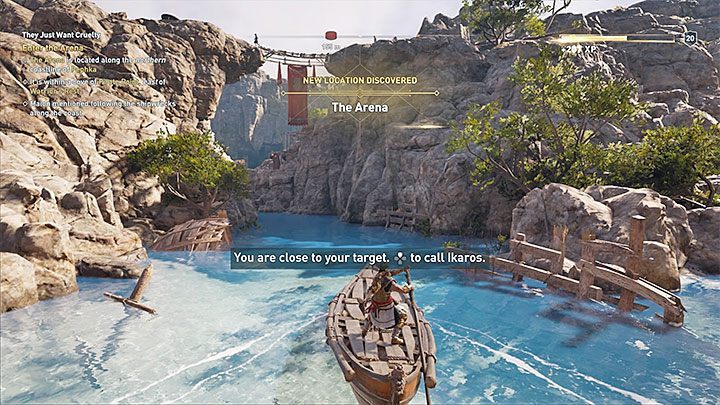 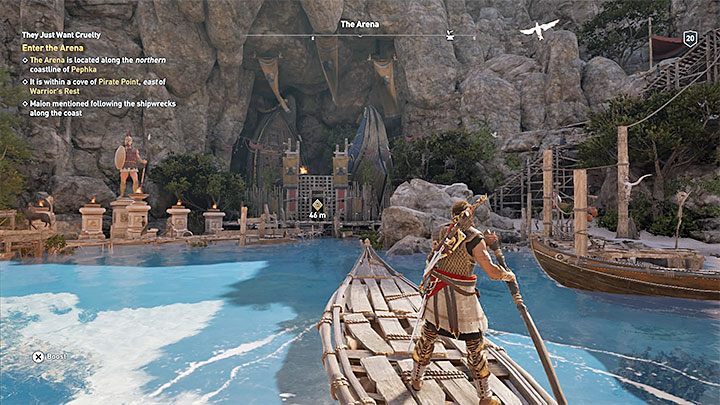 Reach the shore, where Maion left the boat. Start sailing east, passing by the shipwrecks. You have to reach the small canyon shown in picture 1. This will lead you to the Arena (picture 2).

Approaching the fights on the Arena? 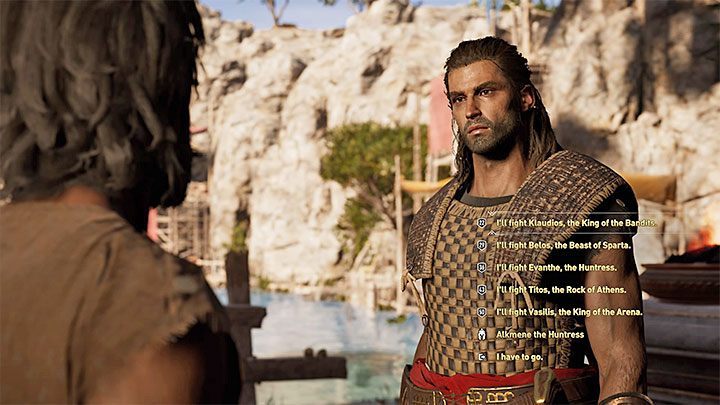 After entering the Arena, talk to Skoura. He will present to you a list of available fights. 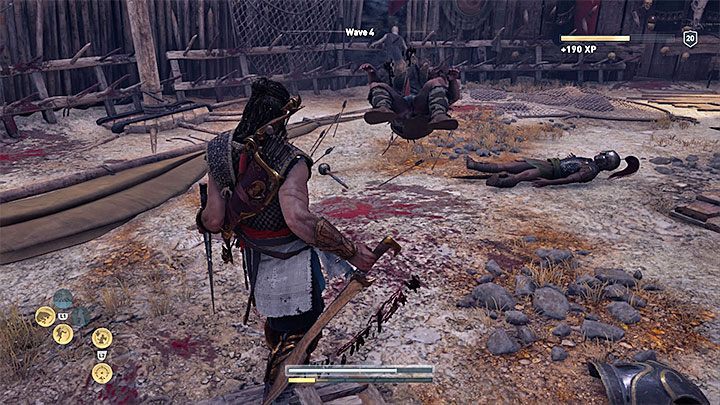 Particular battles only differ with the suggested exp level and the enemies you have to defeat. Before fighting a "boss", you might have to deal with a few waves of lesser enemies. The prizes are also different. The best idea is to methodically win the fights after reaching the levels of exp recommended for the next fight.