Odessa is one of the available love interests in Assassin's Creed: Odyssey. She is the descendant of the famous Odysseus. On this page you can find information on where to find Odessa and what steps you have to complete in order to start a romantic relationship with her.

Important note - Odessa is a love interest available to both Alexios and Kassandra. Both characters have to complete the same steps which are described below. 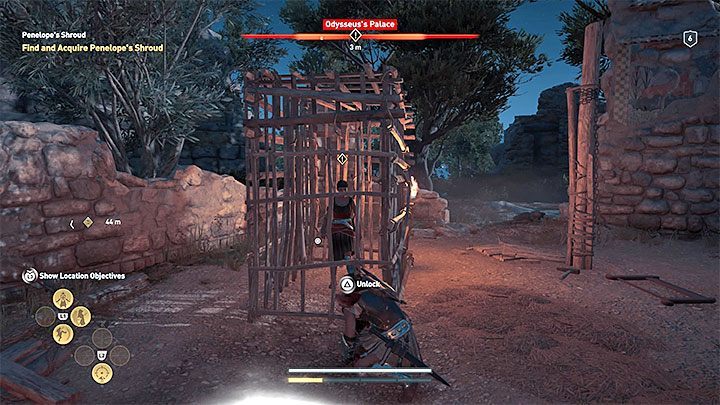 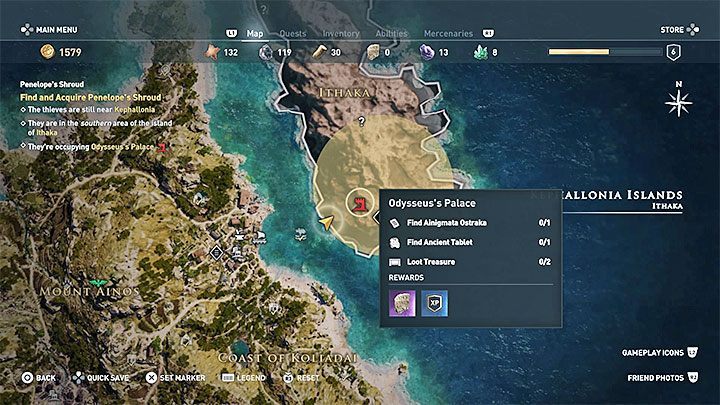 Odessa can be found in the first main location - Kephallonia. Start Penelope's Shroud, one of the main quests, during which you have to visit Ithaka and Odysseus's Palace.

There, you have to find the cage with Odessa (presented in the picture). Eliminate all nearby enemies before you open the cage.

Step 2 - Escort Odessa and have the first conversation with her 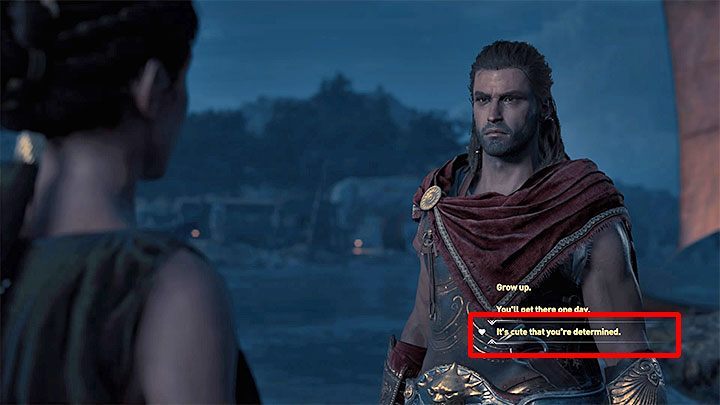 Rescuing her starts A Small Odyssey side quest. Escort Odessa (confirm that you want to accompany her) to the palace's ruins and then move on the shore. You can make things easier for yourself by getting rid of the enemies before you start this quest. Protect Odessa when you get attacked by someone.

Speak with Odessa on the shore. Keep choosing dialog lines with a heart icon - see the picture above. 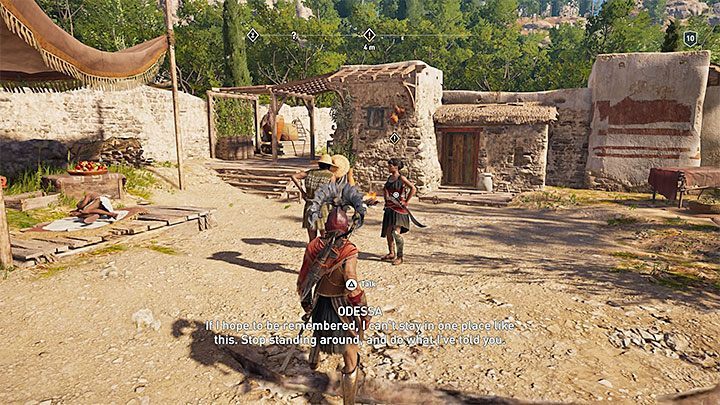 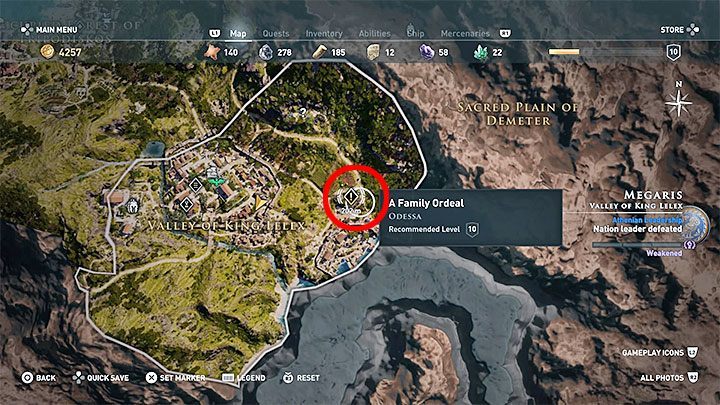 You can meet with Odessa again when you reach Megaris - a location that you must visit during the storyline (the visit happens after you get access to your own ship).

Odessa is on the farm located east from Megara. The picture above shows where she can be found - the place is marked with a side quest marker.

Step 4 - Complete the quests given to you by Odessa 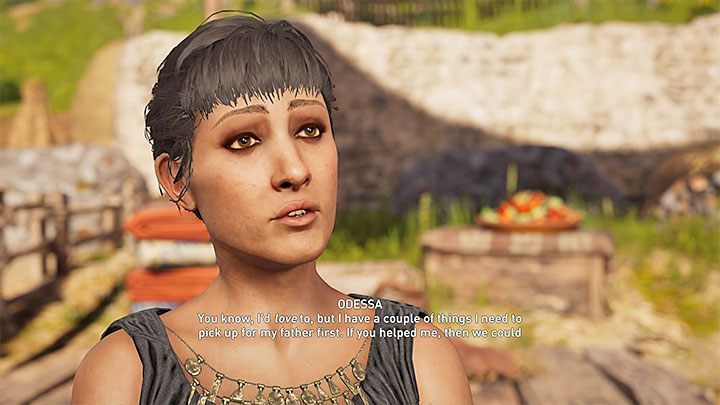 Remember to choose dialog lines with a heart icon. Then, you will have to complete two side quests for her.

Step 5 - The final meeting with Odessa 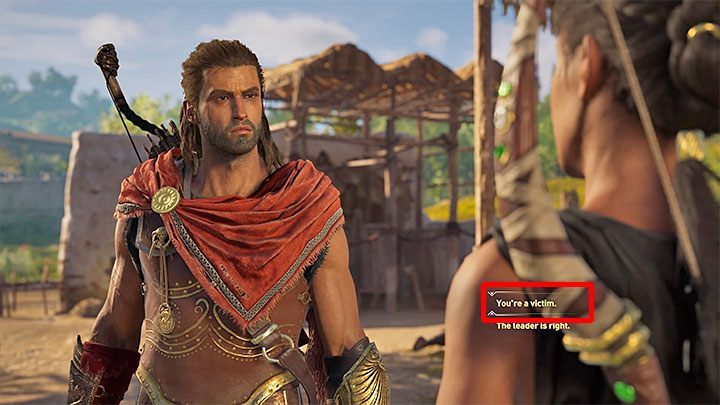 Some of the evidence charge Odessa. Go back to her but remember to not blame her - don't select the option where you tell her that the leader is right. Instead, choose the dialog line where your character says that she is the victim. 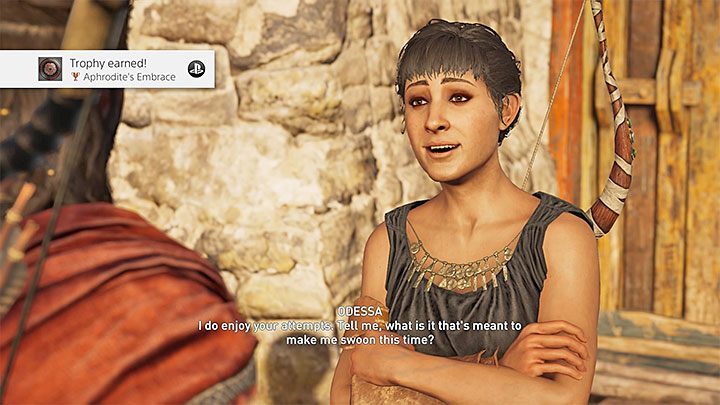 You can now go with Odessa to bed. As a reward, you will receive Odessa's Bow. You also can invite Odessa to join your crew as a lieutenant.