This section of The Assassin's Creed Odyssey solution describes the main quest "Beware the Snakes".

Snake in the Grass 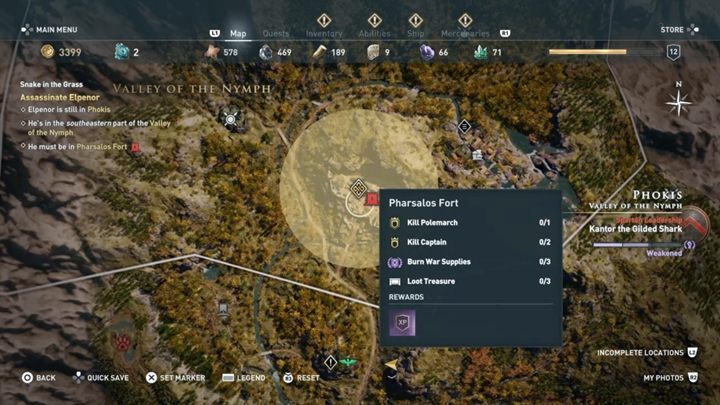 After completing the previous quests, you are finally able to locate Elpenor's whereabouts. You will find him in the Farsalos Fortress. As you can easily guess, the place is well guarded. Inside you'll find lots of soldiers, so it's worth attacking from hiding and stay undetected. 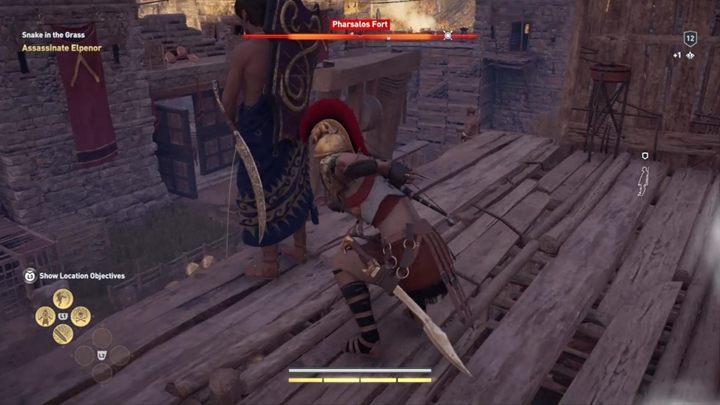 In the end you will reach your goal - unfortunately, it will turn out that he is a substituted man. In the corpse you will find a letter which reveals the true location of Elpenor. 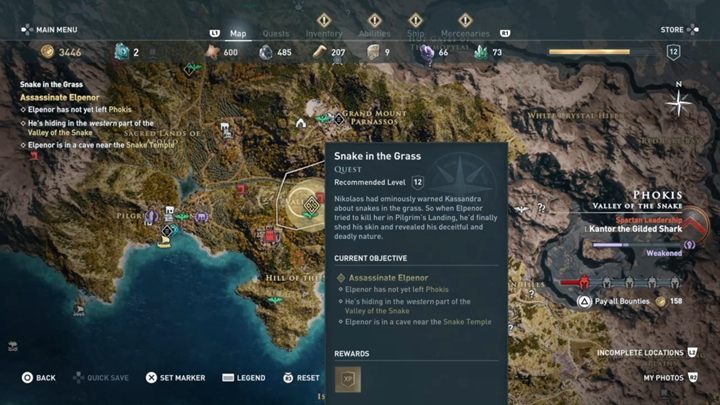 Arrive to the Valley of the Snake and get to the cave.

The man will be waiting for you. After you get there, he will throw himself into the battle. Elpenor is a pretty good warrior, so stay alert. It's best to attack him with shots in his head and keep a distance. Talk to the dying man and the mission will come to an end granting you +4125 XP. 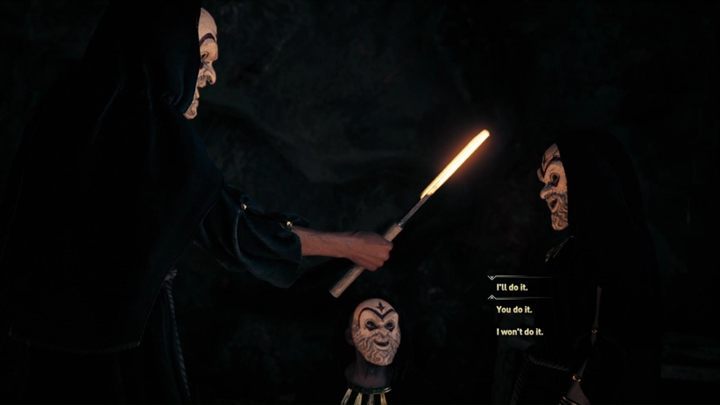 Talk to Herodotos about the Cult of Kosmos. Then go downstairs in the disguise of a cultist. Your quest is to talk to the cultists and gather clues about the scale of their activities. There are a few minor decisions awaiting you, such as whether to punish one of the cultists or to sacrifice one's blood - but they do not affect the course of events in any way. Some evidence can be found in separate parts of the cave when you walk on the water. 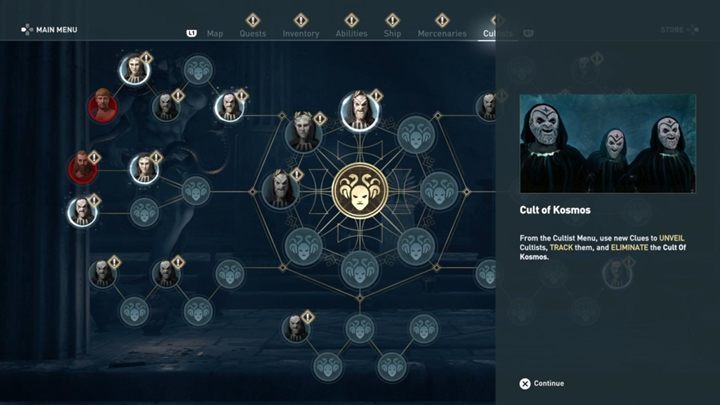 Finally, Deimos will appear, who is no other than the brother/sister of the main character. The chosen one will try to detect the spy. After the cutscene, go outside and talk with Herodotos about the whole incident and the quest will end. You will get +4625 XP. You will also unlock a new game mechanics - you can track and eliminate individual members of the Cult of Kosmos. This has been discussed on separate pages of our guide.