This section includes the description of how to unlock the Hero for Hire trophy in Assassin's Creed: Odyssey. This trophy is unlocked after you win a Conquest Battle. You can do this in any region of the in-game world except Megaris. This limitation results from the fact that when you visit Megaris, you have to complete a tutorial on how to complete this type of battles (one of the main quests). 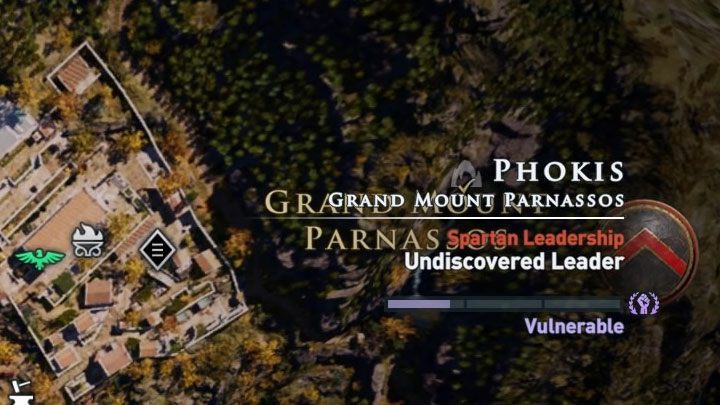 To unlock this trophy e.g. after reaching Phokis - a region of the in-game world visited during the main storyline after you leave Megaris.

Similarly to Megaris, you first need to weaken this region enough by depleting the Nation Power. You can accomplish that by killing soldiers of a given nation, destroying war supplies, looting Nation Chests, and identifying and killing the current commander. 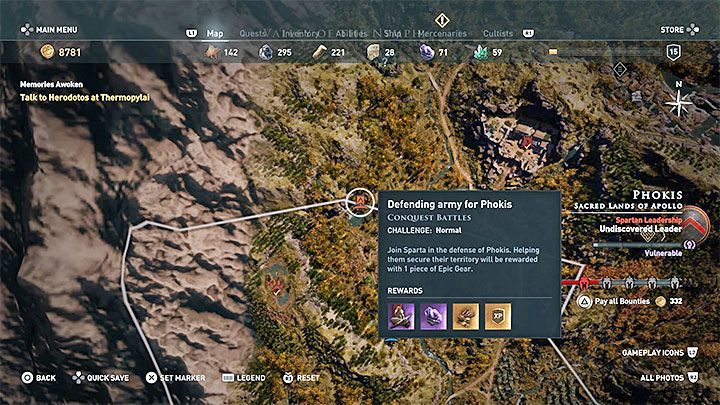 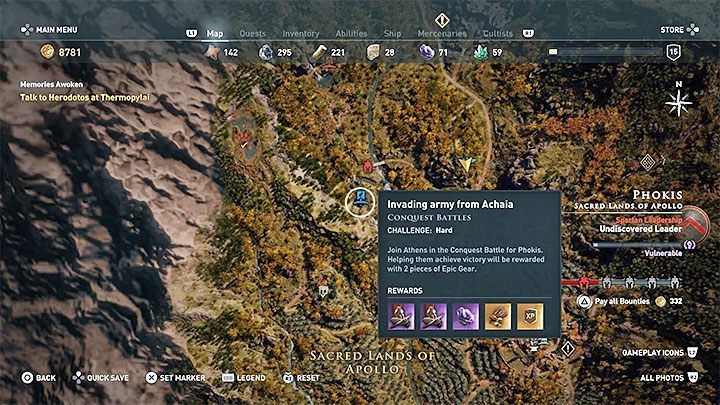 After the nation that controls a given region is weakened enough, two battle markers will appear on the map (screenshots above). You can join the nation defending themselves (screenshot 1) or the attackers (screenshot 2). 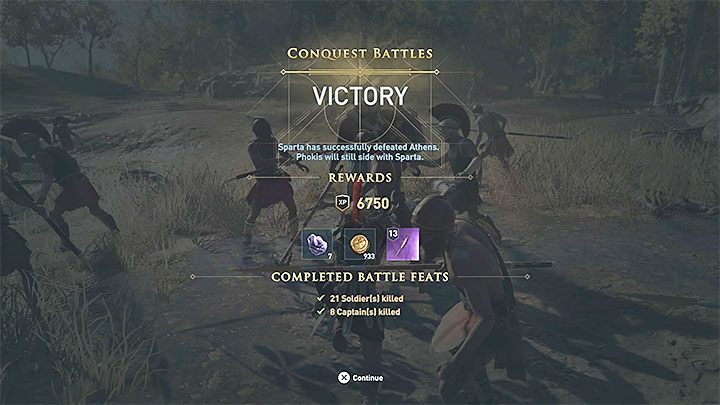 The battle is easier if you join the defending party. When completing this conquest battle, you need to defeat weaker captains and the risk of a mercenary allied with the opposing nation appearing on the battleground is lower. You unlock this achievement after winning the battle.