Mercenaries are reward hunters in Assassin's Creed: Odyssey, who start hunting the hero after he commits a series of crimes. They are very annoying as they interfere with the exploration of the world and the completion of quests. A mercenary may suddenly appear in the area and increase the level of difficulty of a mission that would otherwise be easy to complete. On this page you can find out why mercenaries hunt the hero and how to stop further attacks from them. 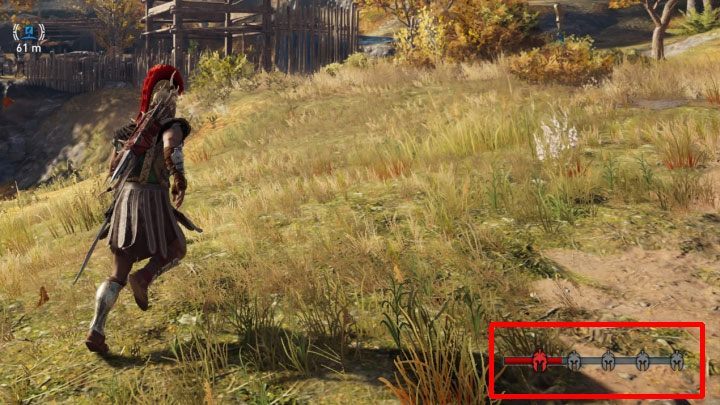 As you commit a crime, the red bar gradually fills up in the lower right corner of the screen. After at least one red helmet icon (example in the attached picture) appears on it, a prize will be awarded for catching the hero and one of the mercenaries will start hunting you. A maximum of five red helmets can appear in the red bar, which means that a maximum of five mercenaries can hunt a hero at any one time. 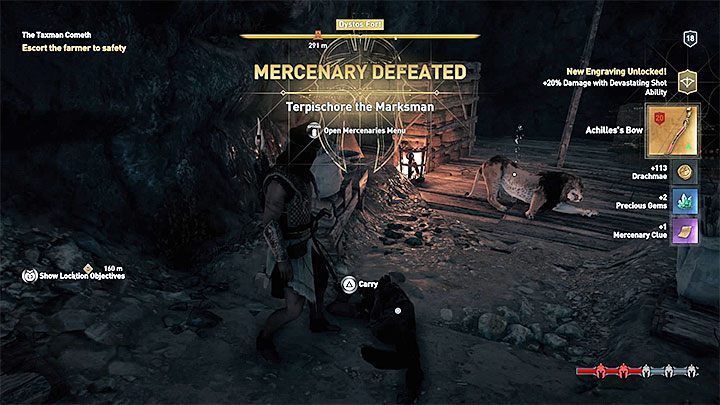 As soon as a bounty is accepted, the mercenary starts to track down the hero. He doesn't know our exact location, but appears in the same locations and searches them. This can make the game very complicated when, for example, you're exploring an enemy fort or take part in combat related to certain quests. A mercenary can "join" other enemies and it will be very difficult to win.

The game warns you when a mercenary is at a distance of several dozen meters from the hero. You can escape the mercenary or defeat him in direct combat. The death of a mercenary will not settle the matter, because another bounty hunter may be sent to the hero. 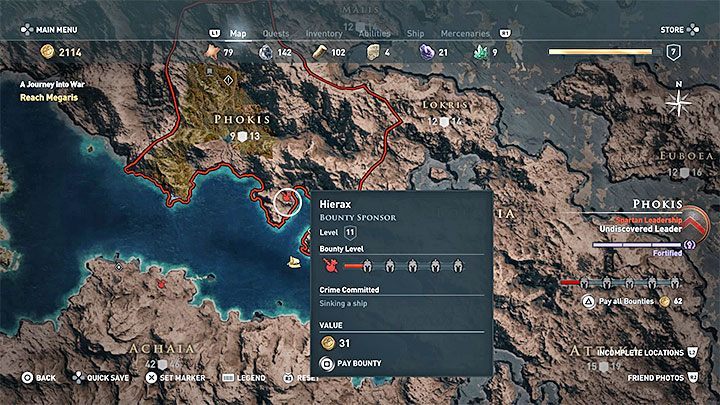 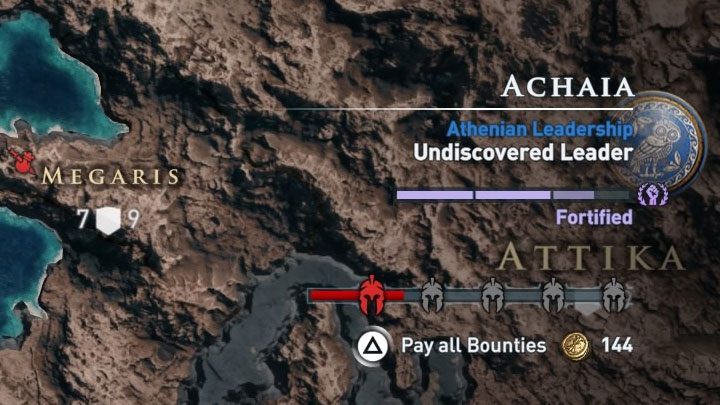 You can stop the hunt on your head in three ways, and each of these methods will stop mercenaries from further tracking your character.

The first option is to wait until the situation calms down. In this case you have to avoid bounty hunters and avoid committing further crimes.

Another option is to pay a penalty. This is done from the map of the world. You can: 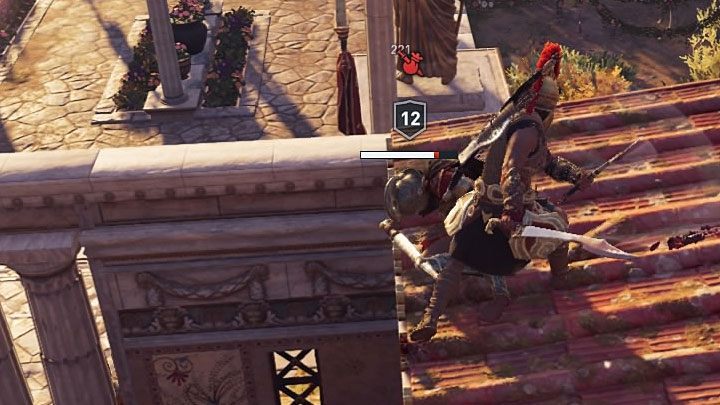 The last possible variant is to track down and murder the sponsor who issued a bounty for our hero. They are marked with a red purse icon and usually stay in locations together with other opponents. The way of eliminating the sponsor is arbitrary. Killing this person makes the wanted letter obsolete.

Note - You can meet mercenaries in the game world even if they are not busy tracking the hero. They can be stationed e.g. in the city or fort. It is best to avoid them. The only exception is when you want to deliberately attack one of them in order to get an xp, a valuable item of mercenary's equipment, or lead to his recruitment after you stun him.