Co-op mode in The Ascent can be played by up to four players at once. This page describes how to start a co-op game and explains what co-op mode looks like.

How to play in co-op? 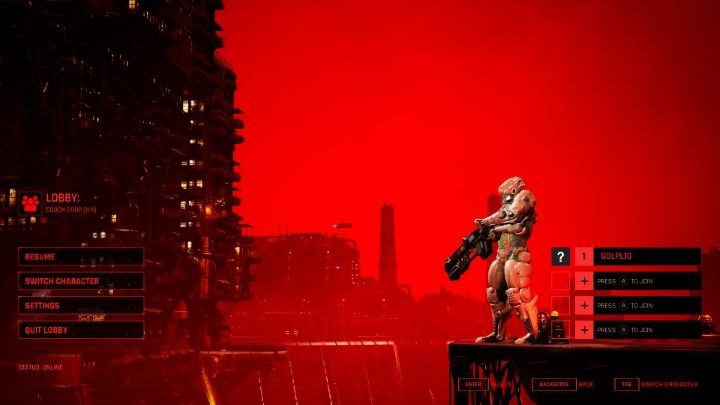 You can play co-op locally (on one device) or online. Starting a co-op session is very simple - this is done from the main menu by choosing a local or online co-op. The co-op mode in The Ascent is available from the very beginning of the campaign. You can also use any save. Up to four players can play in one session. When playing online, each player has a separate screen. When playing locally, all players play on the same, undivided screen. The co-op rules are no different from when playing solo. Players complete missions, explore the world and defeat opponents and bosses together. The whole game can be played together - starting with the prologue and ending with the final fight.