This guide page for The Ascent describes the most important element of the game, which is combat. We have included here all aspects related to combat. You will learn how to heal, how to restore the tactical charge and use grenades, or read about the effects of augmentations and energy slots. We also tell you how to use dodges and hide behind covers. We have also listed all types of damage and included advice on changing equipment during fights. 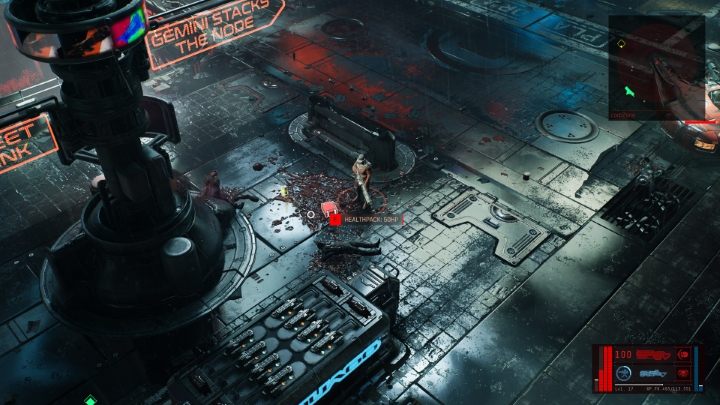 Constant clashes with enemies force you to heal the character all the time. In The Ascent, you can not carry medkits in the inventory - items that restore health are picked up and used directly from the ground. There are two ways to heal. By walking over a red vial - you will restore a small portion of your health. A more effective method is to use medkits that restore 50 points of health - you have to use them by pressing the interaction button. Healing items are dropped by killed opponents. You can also buy them from vending machines scattered around the game world. Of course, if the health level drops to zero, the your character will die. However, you do not have to worry about it - the game doesn't punish you for death. All items you obtained and credits stay in the inventory. You also don't lose any experience. After death, the character is simply reborn at the last checkpoint (they are created very often). 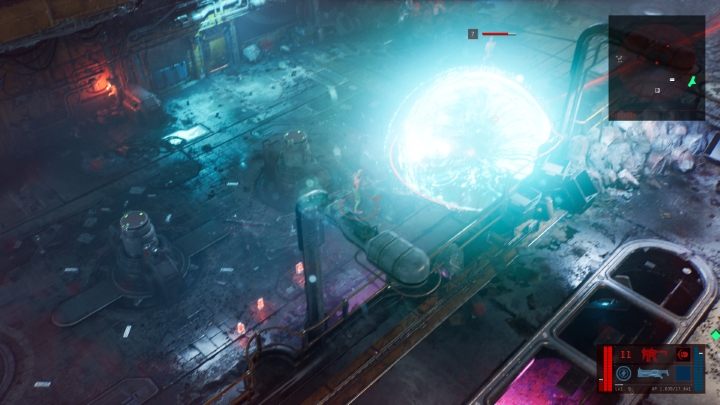 In addition to the standard weapons like rifles, pistols, or rocket launchers, you can also use tactical weapons. The majority of them are all kinds of grenades. However, some tactical weapons can also be automatic turrets that attack our enemies. The first tactical weapon (basic grenade) is acquired in the starting mission of The Ascent. The next ones are available from traders or can be dropped by dead enemies. Skillful use of tactical weapons will give you an advantage on the battlefield. Grenades are great for killing large groups of opponents. Note, however, that the use of tactical weapons is limited by tactical charge points. 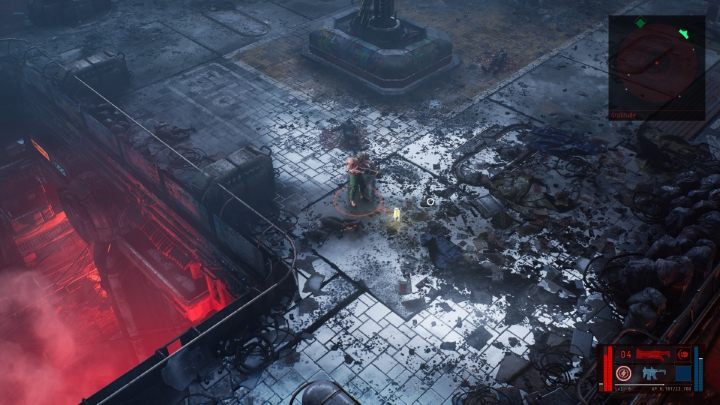 The tactical charge points are gained by attacking enemies. This process can be accelerated by developing the Tactical Sense skill. You can also get extra tactical charge by picking up yellow vials falling out of opponents and vending machines. 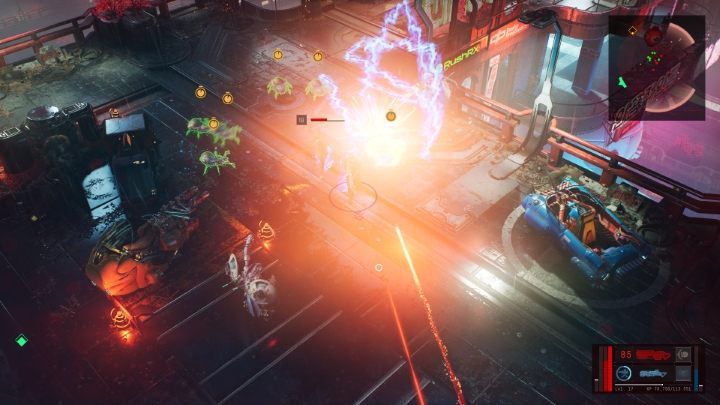 Augmentations are another aid in getting through the next locations. Like other items in the game, they are obtained during the exploration of the world or from traders. There are two augmentation slots available (visible in the character window), so you can use two different ones simultaneously. Augmentations are special abilities with different effects. For example - Hydraulic Slam sends a shock wave causing high damage, and Mono Ranger summons a robot that attacks enemies. 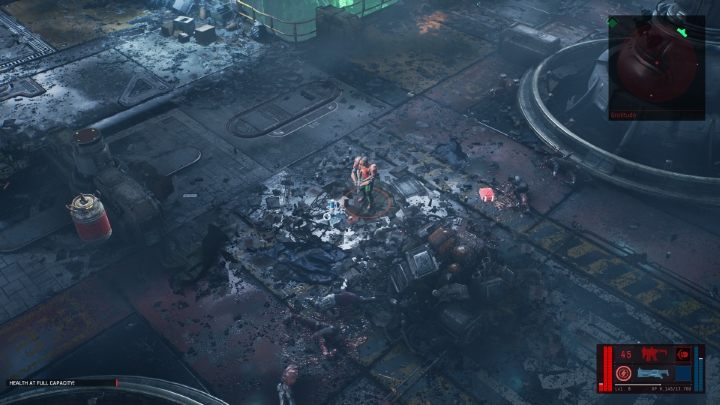 As with tactical weapons, the use of augmentations is limited. First, every augmentation has a cooldown - you have to wait a certain time after each use (the time varies depending on the augmentation). Second, you must have the right amount of energy to use it. Energy is renewed by picking up the blue vials - they fall out from killed enemies. It is also possible to increase the maximum level by developing the Body Battery skill. 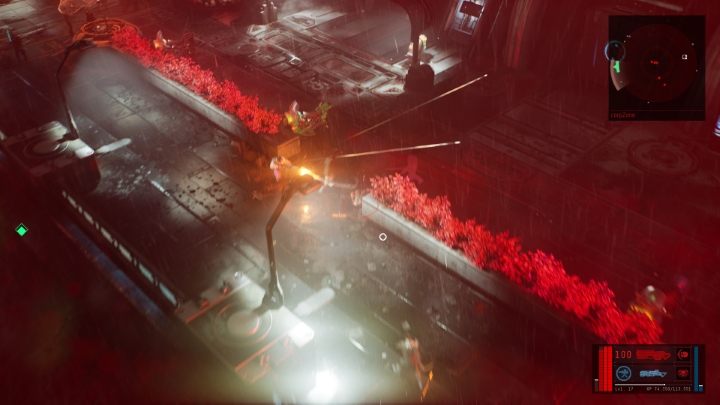 An important element of combat is not only dealing damage but also moving around the map. Evasions are great for that. Evasions allow you to retreat when enemies try to surround you. They also allow you to quickly reach the enemy hiding behind a cover. In addition, they help in fighting with opponents using a shield. Using evasions will help you the majority of enemies' bullets. 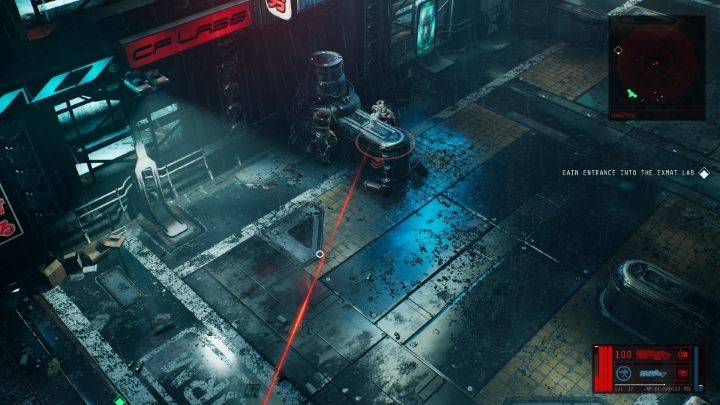 The Ascent has a mechanic for lifting weapons. With it, you can hit opponents located at a higher level or those standing behind covers. All you have to do is hold down the raise button, and the projectile will go higher. It's also useful when you are hiding behind a cover. Point the character behind some object, crouch, and then raise the weapon. The hero will only raise his weapon, so he will be covered from enemy fire. 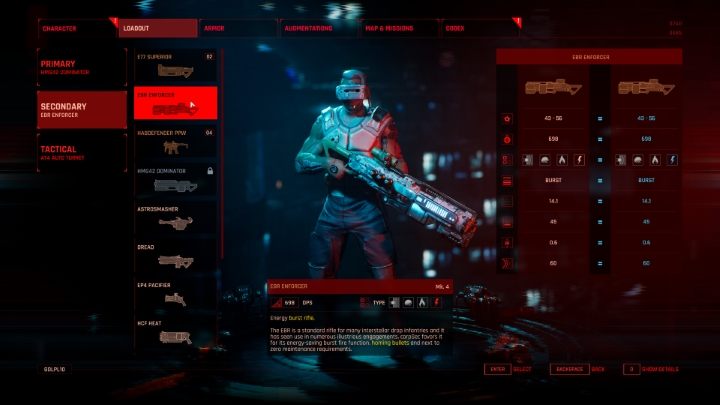 Knowing the types of damage in The Ascent will be helpful in choosing weapons for a specific opponent. There are four types of damage in the game: ballistic, energy, digital, and fire. Each opponent is vulnerable to a different type of damage. For example, humans are best affected by ballistic damage and robots receive the most damage from energy. Check the weapon's damage type in your inventory. You can check the vulnerability of a particular enemy in the journal (however, you must first kill them at least once to create their entry) or by observing the colors of the numbers of damage dealt. The grey color of the damage indicates that the weapon is ineffective against the enemy. White indicates that the weapon deals normal damage. Red means that the weapon is very effective and deals high damage.

Changing weapons and armor during a fight 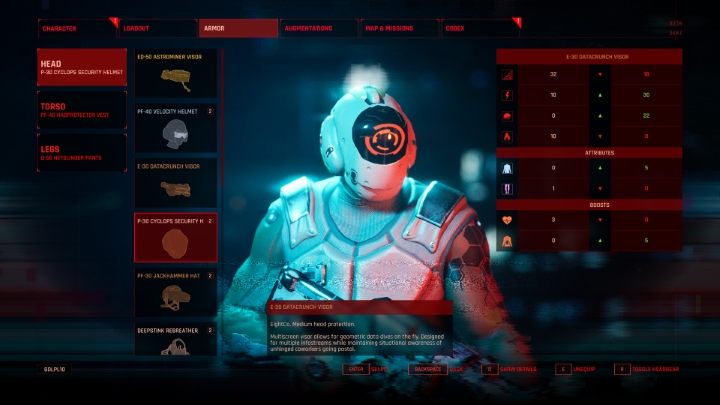 Choosing a weapon for a specific opponent is easy - you can change weapons at any time. All you have to do is open your inventory and switch slots. This also applies to armor. You can change your armor during combat, so if you encounter an enemy that deals fire damage, change your armor to one that offers the highest fire resistance.