The main mission called Foreign Code ends with the boss fight against X28 Havoc, a giant flying mech. This guide page for The Ascent explains how to kill this boss. 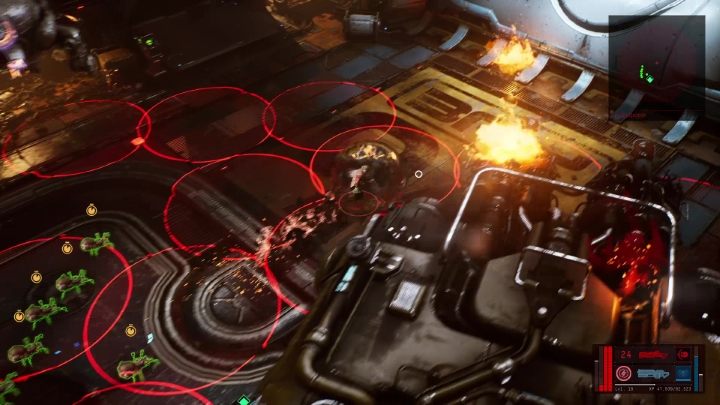 If you reached this stage of the mission, the fight against X28 Havoc shouldn't be a big problem. The Boss attacks primarily from above. The majority of the location is then covered with red areas - then, it's best to run to the corners, although avoiding all injuries will be rather impossible. X28 Havoc is vulnerable to energy weapons so make sure to equip this kind of weapon. The fight tactic itself is no different from standard fights - just try to avoid as many attacks as possible and constantly shoot at the enemy. However, you need to know that you can attack the boss even when he is in the air. Point the gun in his direction, and the character will shoot up on their own.