During the mission Trading Places in The Ascent at some point you will encounter a boss named Siege Mech. This guide page contains tips to help you kill this boss.

How to kill the Siege Mech? 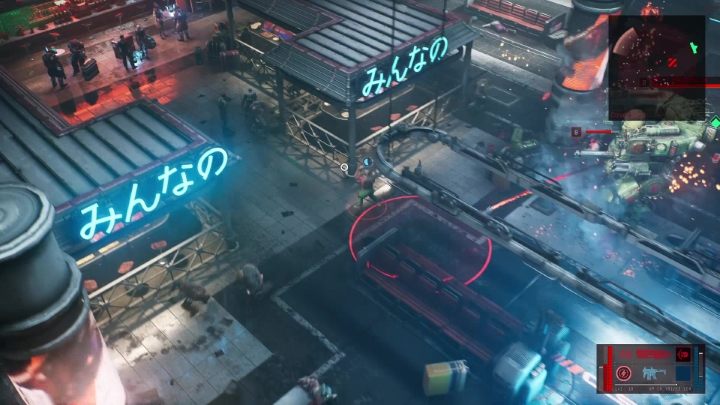 The fight against Siege Mech isn't one of the most difficult boss fights in The Ascent. The most important rule - being on the move and constantly firing at the mech. However, you need to be careful about the three types of attacks that the boss has and try to avoid them. The first one is marked with a red circle on the ground - an exploding missile will fall there after a moment, so it's best to run away (preferably by dodging). 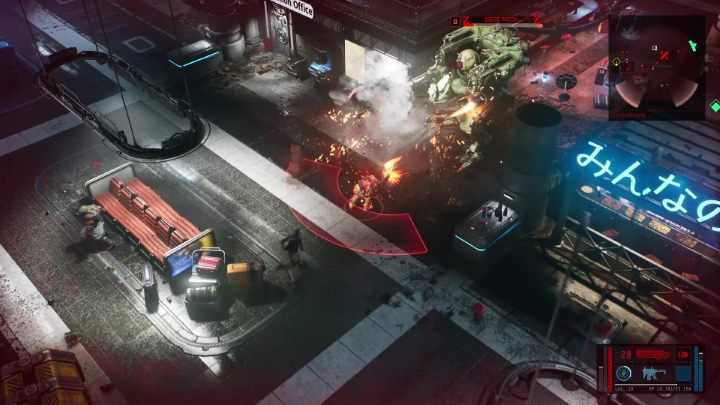 The second special attack of Siege Mech is executed when the player is in close proximity. Then a small area will appear on the ground, where after a while the mech will shoot a series of bullets. Just like before, you need to run from the red area as fast quickly as possible, and remember to keep shooting at the boss. 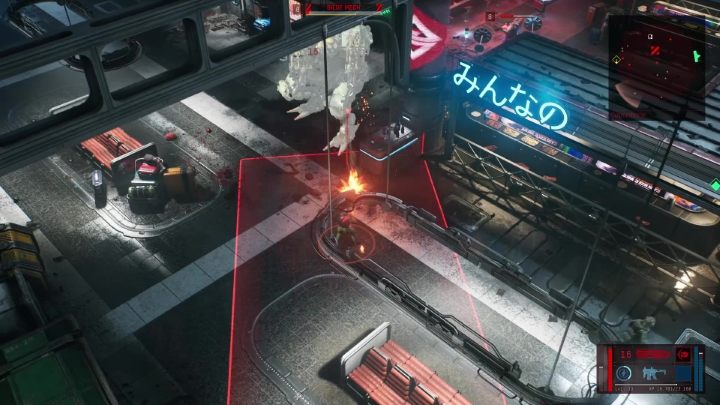 Other than that, Siege Mech can also perform an attack over a very large area. Escaping from this area is not difficult, however, since the Mech takes a long time to prepare. It is worth adding that the boss is vulnerable to energy weapons, but defeating him with a weapon that inflicts physical damage should not be a big problem.