This guide page contains starting tips for The Ascent. They are mainly for novice players, but some of the tips will be useful throughout the entire game. The following tips will explain the most important mechanics and help you during the first few hours with the game. You will learn how to move efficiently around the map and kill enemies. Check how the weapon raising system works and how to use covers. You'll also find information on healing and fast travel. In short - the beginner's guide to The Ascent will introduce you to this cyberpunk game.

Keep moving and use dodges 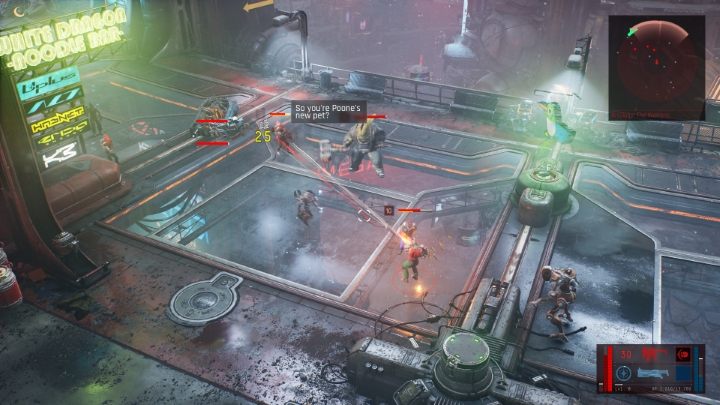 Don't let the enemies surround you.

Staying too long in one place often ends in opponents surrounding you. This situation can become deadly for you. You should constantly change the position on the battlefield - this will reduce the chance of being hit by enemies from a distance and allow you to avoid some of the damage inflicted at close range. It is also extremely important to dodge. Rolls are useful when fighting opponents who can inflict heavy damage with melee attacks.

Remember to raise your weapon 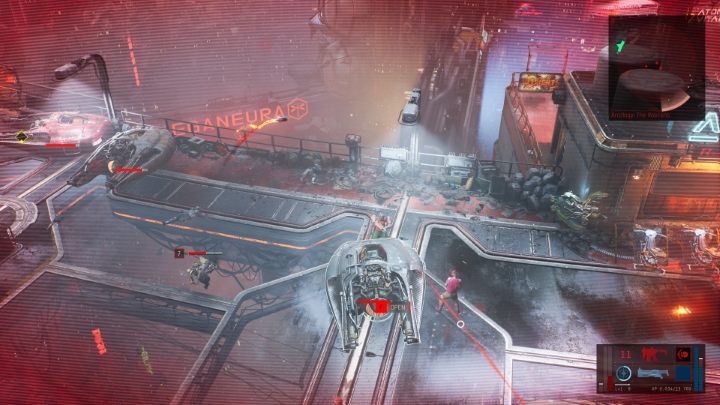 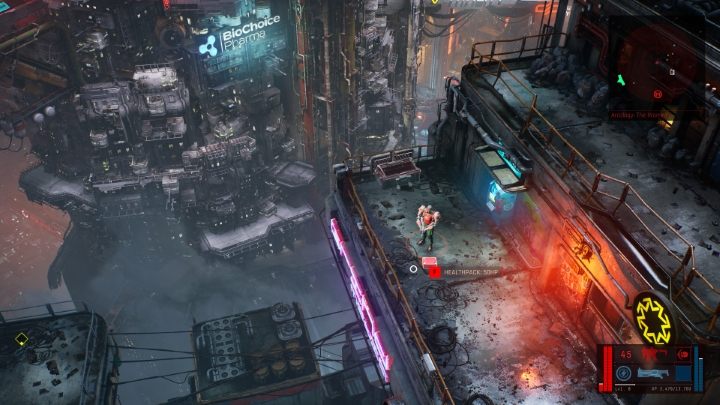 In The Ascent, you can't carry med kits with you. Healing items must be found on the map. They are dropped by enemies - look for red first aid kits and vials. To use a healing vial, you just need to walk over it. Using a first aid kit requires pressing the appropriate button. Healing items also fall out of some vending machines scattered around the game world - you will have to pay the right amount of credits.

Use the mission objective hinter 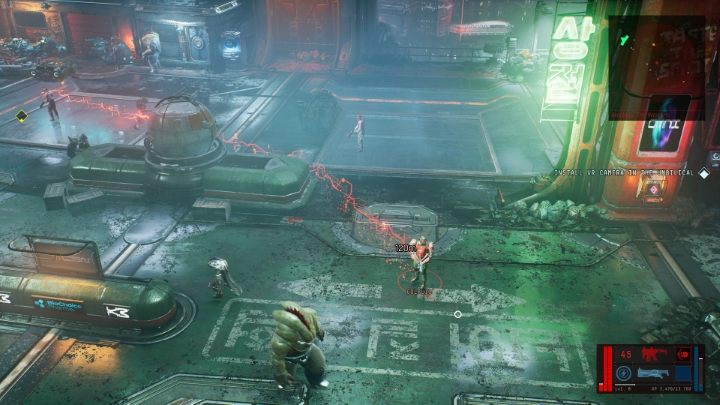 Use this mechanic to create a path leading straight to your destination.

Finding a mission objective in The Ascent is extremely simple. Just press the appropriate button - a line will appear on the map. It will lead you straight to the destination. Create the line leading to the mission objective by pressing:

Remember that ammo is infinite 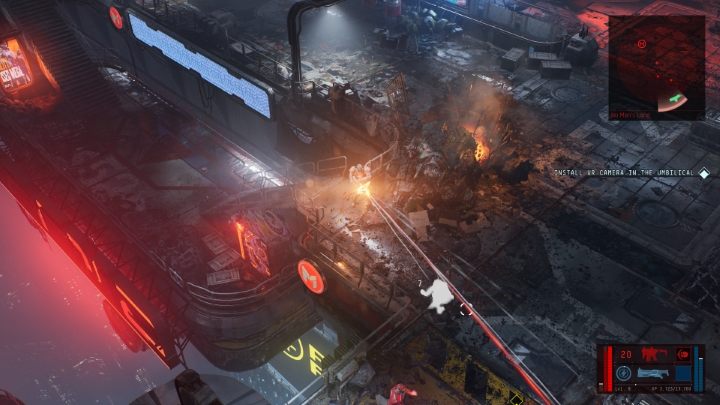 You don't have to worry about ammo in The Ascent.

In The Ascent, you don't have to worry about the ammo supplies - ammunition is unlimited. Once you have acquired a weapon, you do not need to buy ammunition for it. All you have to remember to do is to reload weapons. This also applies to grenades. Throwing a grenade doesn't make it disappear from your inventory. The only limitation are the so-called tactic points that renew over time or after collecting blue vials.

Pay attention to the mini-map 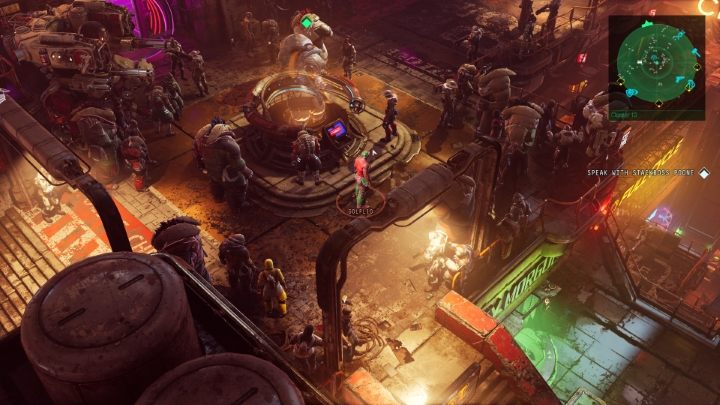 The mini-map shows a lot of valuable information.

Pay attention to the mini-map in the upper right corner of the screen. You will find a lot of useful information on it. In the city, it will mark the positions of various kinds of shops and services. Outside the city, the mini-map will show you enemy locations, as well as places with chests (containing items).

Avoid enemies marked with a skull 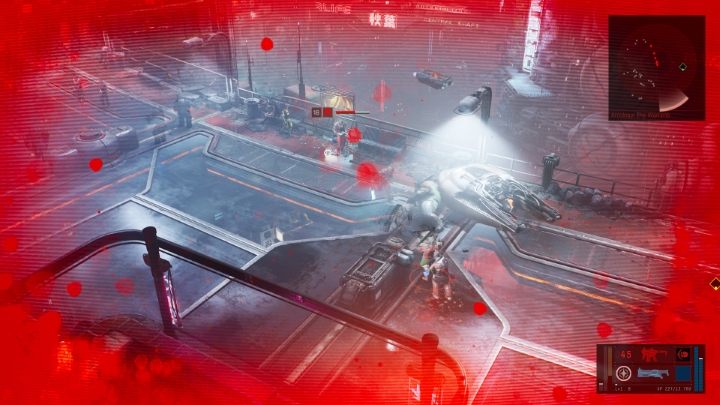 A red skull above an opponent means you probably can't beat them.

Not all enemies in The Ascent can be defeat during your first encounter. An opponent marked with a red skull will probably be too strong for your character. It is better to move away from them and come back when your level is close to that enemy's. 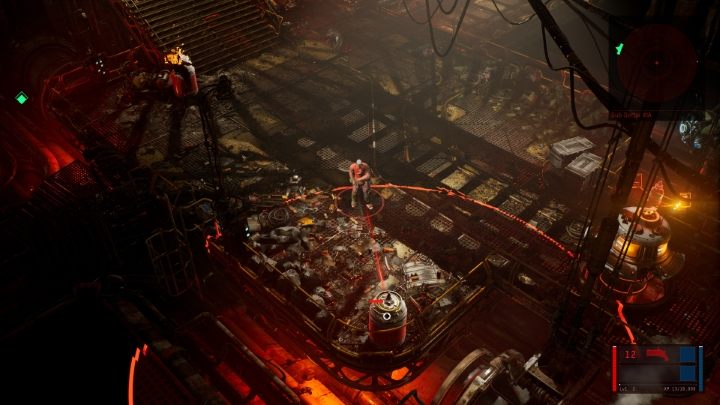 The red area indicates the range of the exploding object.

You can defeat enemies with more than just your gear. The game world is full of all kinds of exploding barrels and other objects. After shooting at this type of object, a red area will appear around it - this indicates the area of the explosion. Your character can also receive damage so be careful not to be in the range. 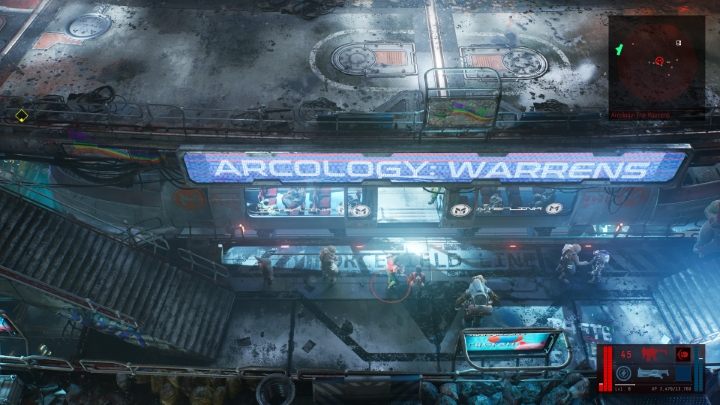 Metro stations are marked with the letter "M". You will see these icons on the mini-map as well as on the normal map.

The world of The Ascent has many places marked with the letter "M". These are metro stations for fast travel. All you have to do is go to a place like this, wait for a train, and then use the interact button to get inside. This will open a window where you can select the metro station you want to travel to. After a while, you will reach the destination - fast travel is free.