When you come to the octopus room, click the octopus and hear another part of the story. Pick up an item in shape of letter 'P'. Use the tentacle to climb down (on the lowest floor).

There click twice part of broken talking statue and hear another hints. The passage to the left will open. Go left to the next room and click the baby, which is lying in the mysterious device on the left.

You will come to emerald chamber in the first tower. Go down and leave the room (door on the left side). 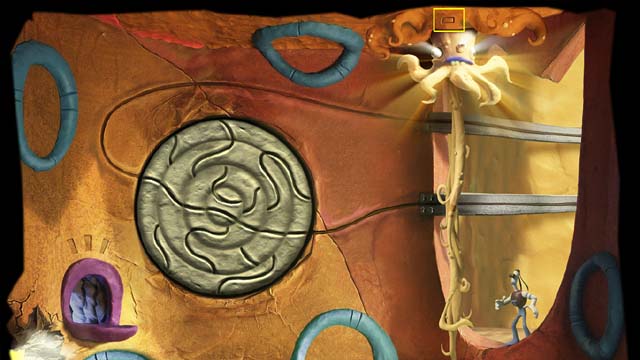 Climb up, jump to the niche on the right side and click octopus (remember the symbol above the octopus) - you will hear once again her story, but this time the octopus will be speaking in understandable language. Look at the symbols, which will appear during the story, especially remember the servitude symbol. Then come to the platform on the right, turn lever. Ride left and up (by cable car). 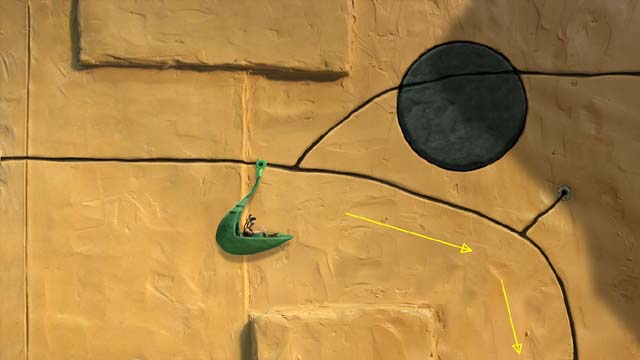 Ride the route as you come to the grey circle. Ride right ad down. You will come to the second tower. Set the cable car under the circle. Go inside. 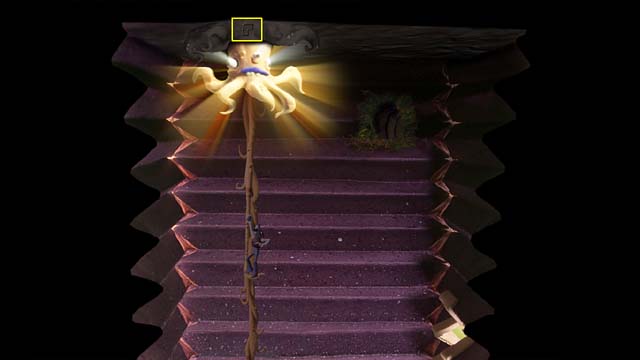 Climb up by using the tentacle. Click the second octopus (remember her symbol) and hear her story. Remember the family symbol.

Climb down on the lowest level, go to the platform (to the left), turn the lever and ride by cable car to the left as you come to third tower. Set the car under the circle and go left. Climb up by using the tentacle. Jump on the grassy platform on the left side. 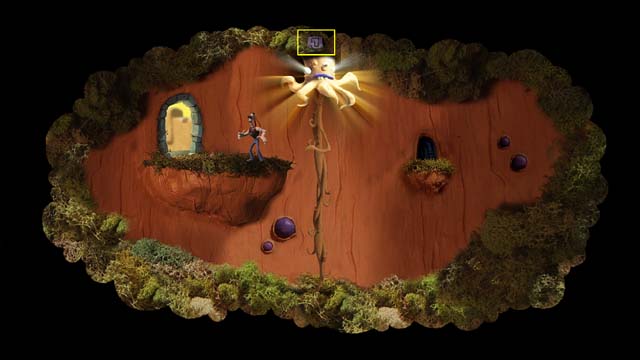 Click the third octopus (remember the symbol above the octopus) and hear the story. Remember the hope symbol. 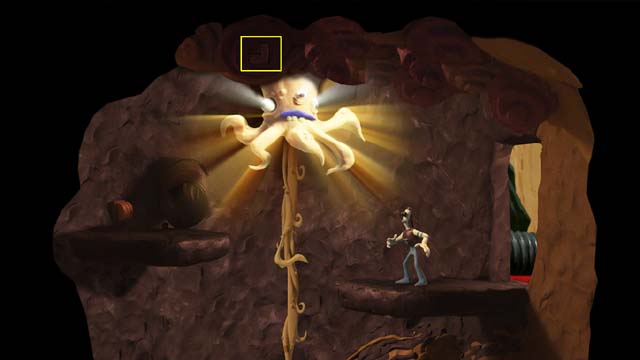 Then go to the platform (to the left), move the lever and ride all the time left to the fourth tower. Set the cable car under the circle and go inside. Click the fourth octopus (remember her symbol) and hear her part of story. Remember the honor symbol.

Finally climb down to the lowest level by using the tentacle and go left to the room with teleport. Go to the oval platform and teleport to the emerald chamber in the first tower.