Domination servers are divided into two modes: Co-op, where all players are allies and they fight the enemy controlled by AI and TvT, where two teams, both controlled by players, are fighting each other.

In both modes, from time to time, there are new missions and control points to take over, similar to Wasteland. The team, which manages to take over the point - wins, but the satisfaction of the victory is the only reward. There are no rounds and the battle lasts forever.

After entering a server, you will show up in your team's base. You will find boxes of weapons and ammunition, and a lot of vehicles, both aircraft and land. The servers usually have designated pilots, so they will take new players onto the battlefield.

Cooperation between players is what matters most in this mod, so if you want to play by yourself - this mod is not for you. 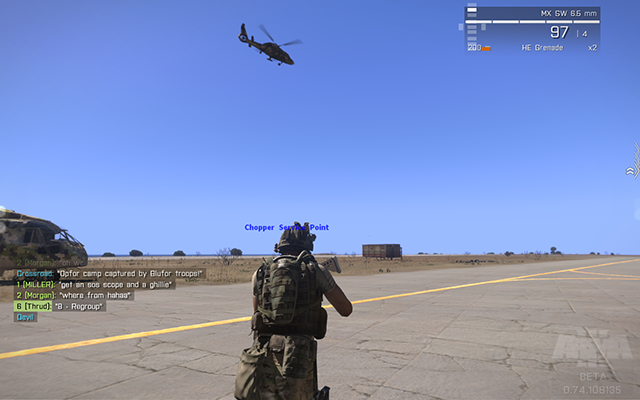