ArmA III, as well as any previous installment in the series, offers a wide stock of weapons - starting from pistols and assault rifles, ending on missile launchers. Each of these weapons have different ballistics - that is, properties such as recoil, rate of firing or firing mode. In this section you will find the information on several kinds of weapons you will find in the game.

Anti-tank - Example: PCML or RPG-42 are used, as the name suggests, against armored vehicles. Number of missiles required to destroy a vehicle depends on the vehicle itself. Regarding civilian cars or regular military jeeps, usually one missile is enough. It's not as easy with armored vehicles. You can also use homing missiles, which are a lot more simple to use.

Sniper rifles - Example: M320 LRR .408 or GM6 Lynx 12.7 mm. Sniper rifles are obviously of high caliber, thus one shot at an opponent is usually enough to get rid of him. This type of weapon, however, has a massive recoil when fired, so it is best to choose a good position, such as prone. If you're a sniper, it is recommended to stay away from the battlefield, because you will not have a lot of advantage in close quarter combat.

Sidearms - Example: PO7 9 mm or Rook-40 9 mm. Sidearms are generally used when we run out of ammunition for the assault rifle. The damage of a sidearm is not great and it requires at least four or five hits in order to kill your opponent (unless you shoot him in the head). The recoil is low, so single shots and good accuracy can save you from a difficult situation.

Each weapon can be modified, but our options are somewhat limited. We can add a silencer, a laser sight, a scope or a few kinds of magazines. 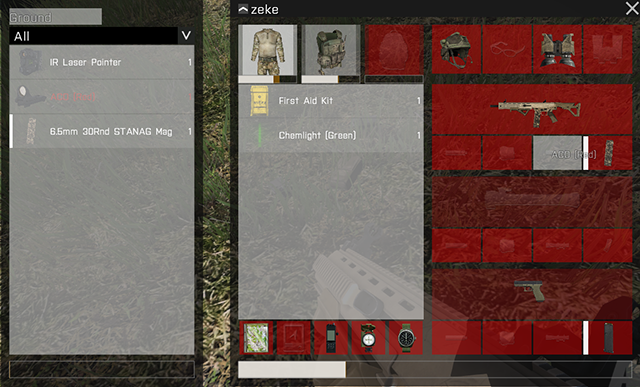 In the Showcase missions that are available in Beta, you won't have many opportunities to modify your weapon. However, some multiplayer servers offer a box filled with modifications and different weapons. Adding the attachments to your weapon is not a complicated process - just click on the part you want to attach, hold the left mouse button and drag it to a slot on your weapon.