This chapter lets you know about the mechanism of the PvP system in ArcheAge. Thanks to it, you will lean the most important information, about fighting against the other players. 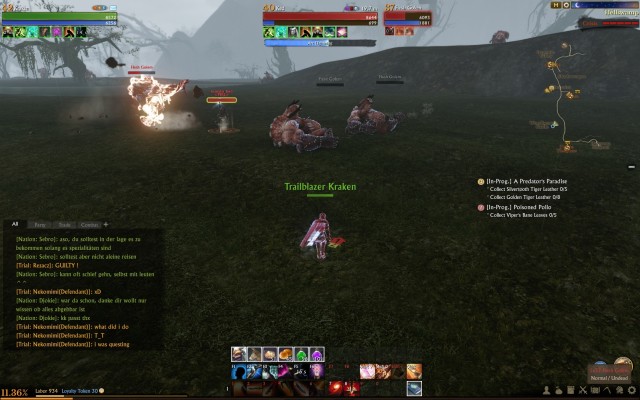 You make it into a PvP zone around the 30th experience level. From now on, you should be prepared to be attacked from any side. As much as you are at the grounds of your own faction, at the very beginning, later into the game you will get over the sea, to complete quests in the enemy territories.

Each PvP zone has 5 stages that change automatically, every now and then, as a result of fights. Then, there is a short phase of conflict, which is followed by the phase of warm during which you can obtain honor points, for killing the members of the enemy faction. It is worth adding that, after you die, you lose some of your honor points.

The phase of war is followed by the phase of peace, in which the members of the opposing factions cannot attack each other. This allows the beginner players complete quests without any pressure.

The most important thing is that, after you are killed by an enemy, you lose absolutely nothing (save the honor points). After you die, you respawn at the nearby chapel and, nearly immediately, you are ready to continue.

Also, the existence of neutral guards should be mentioned. If you hit an enemy player in their presence, they will take to his defense and kill you quite quickly. They are near camps, usually motionless, or they patrol the area. Of course, you can also use their help, if attacked. 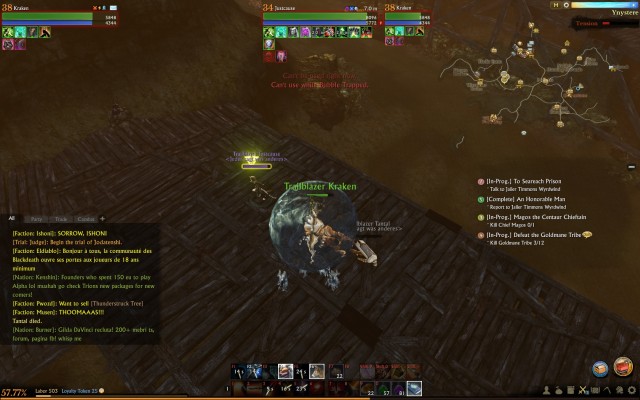 The Bloodlust mode can be activated with the default CTRL+F hotkey. It allows you to attack, as long as you are not in a PvP zone of your faction. Each such attack leaves a stain of blood on the ground, thanks to which the other players can report your crime, for which you are punished with crime points. Excessive number of these may lead to your imprisonment, and in extreme situation to expelling you from the faction and becoming a pirate. You can activate and deactivate this mode freely, after you wait for a short moment.

Remember that in the Bloodlust mode, you are targeted by all the other players - they will be able to attack you without any limitations. 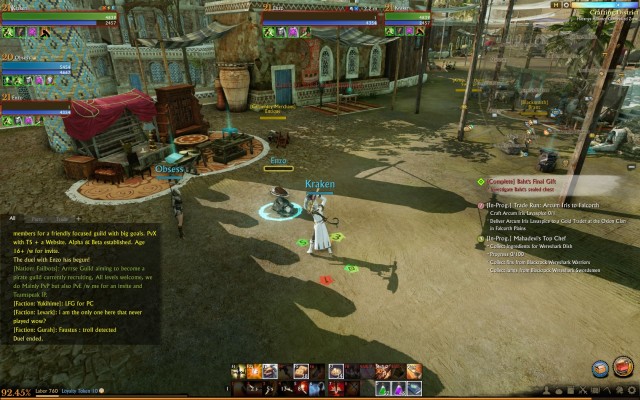 You can duel with the other players virtually everywhere and in all conditions. You only need to click the right mouse button on the aim status bar and select Request Duel. After a moment, the a countdown starts. The duel ends after health points of any of the players drop to 0. Health and mana points do not regenerate after the duel ends. Also, cooldown time does not reset. You cannot die during a duel. 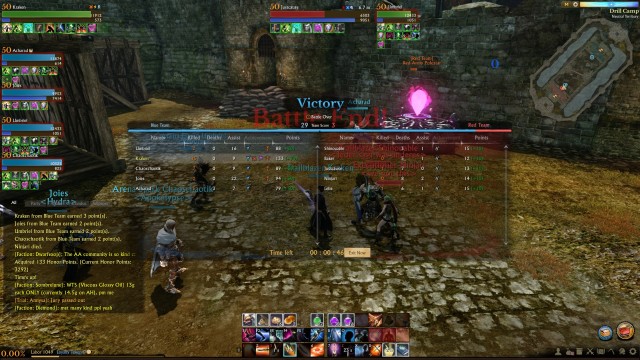 After you reach, at least, level 40. you will be allowed to fight in instanced arenas 5 on5. You join them by talking to the specific NPC in each major city. For participating, regardless of the results, you are rewarded with honor points. There are two ways, in which you can win - by destroying the crystal of the opposing party, or by killing the opponents before time elapses. With successive kills, you gain access to new skills, which help you fight. In the arenas, you can make it into the party of the opposing faction, which may hinder communications.