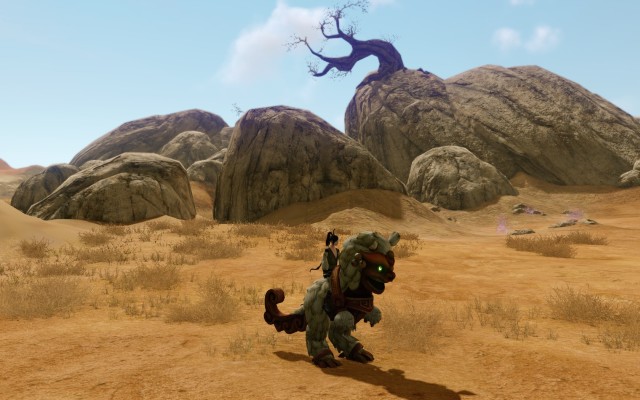 You obtain the first mount in the course of the optional mission, still before you reach level 10. IT is the mount, and the alike, are going to be your most important company in travel. Thanks to them, it is going to be easier to cover long distances and often escape from danger. Each of the races has a different mount type. These differ not only in terms of looks, but also with special abilities. Apart from that, as you progress, you gain access to even faster counterparts of these, whose obtaining is going to require time and gold. However, it is good to remember that you can use the mount that you obtained at the beginning of the game, for the whole time - apart from extreme situation, you will not suffer from that greatly, even if the mount is slow.

Apart from mounts, there also are donkeys that are used to transport trade packs (more about this in the next step). Although they are a bit slower than the bigger counterparts, unlike them, they can carry the load, which makes traveling, along trading routes, faster. 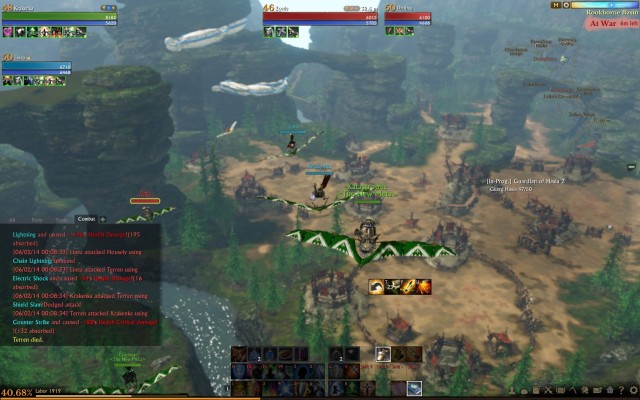 Apart from mounts, gliders are the basic means of transport that you are going to use throughout the game. They allow you to cover short and medium distances, in the air, away from dangers. There are several types of gliders and they differ, from each other, in terms of speed, maneuverability and sometimes, the speed of descent. The initial models, only allow you to cover short distances, whereas the more advanced ones, with favorable winds, allow you to cross the entire map. It is worth pointing out that, if you take damage while in mid-air, the flight is immediately interrupted. It also is limited in time - one flight may last up to 3 minutes. 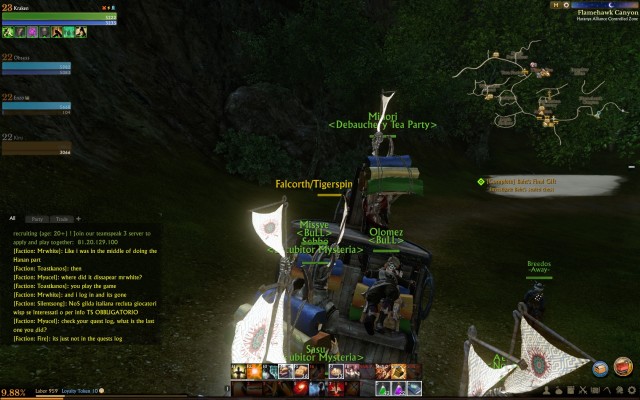 Transport carts are means of transport controlled by NPCs, and they are common in ArcheAge. They connect all of the major cities in the game and they frequent some of the most popular trading routes. They are free of charge, as long as you manage to find room on one. Each cart follows the same route, uninterrupted, and it only stops in predetermined spots. Each stop is equipped with a scope, thanks to which you can find out where the cart currently is.

Just like transport carts, blimps are free means of public transport. They move a bit faster than the carts, but their range is much longer. Just like in the case of carts, you mount the blimps on stops that are equipped with a scope. 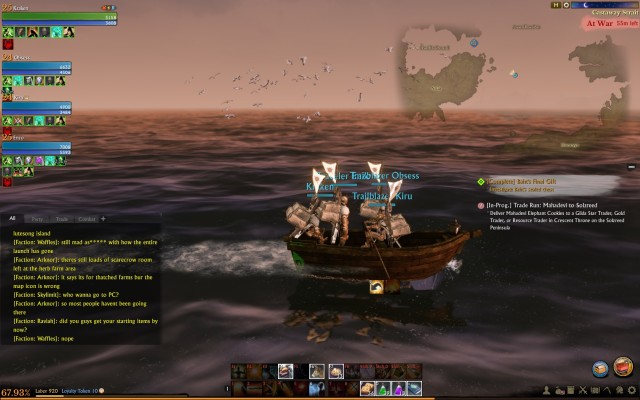 The journey on a boat.

Unlike in the case of land and airborne transport, to cross a sea, you first need to own a boat. Unfortunately, there are no public means of transport in this case. You receive the basic boat during one of the missions, still before you reach level 20. Later on, you will be able to become the captain of a trading vessel, an armed galley, a fishing boat or the swift and maneuverable sailing boat. 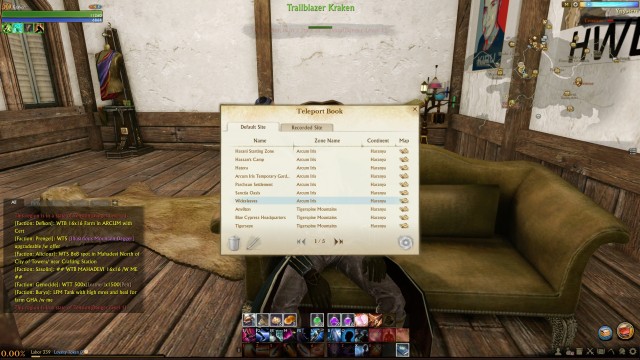 The book of teleporters.

As you visit the individual locations, they are immediately recorded in your teleporter book. Thanks to this, you will be able to return to a location, without the necessity to take the journey again. Each use of a teleporter costs you 1 Hereafter Stone (or 3 if you want to get to another continent), which are quite cheap, fortunately. Apart from that, you will be able to choose a location as your Recall Point, where you will be able to get, one per 30 minutes (or 21 in the case of Harani). The teleporters that you open can be freely used by the other players (just as much as you can use theirs). Each one remain open for 30 seconds.