From this chapter, you will learn, among others, about the character creation process and which races, and factions, are available in the game. Then, you will learn about the difference between them, as well as several interesting facts that will prove useful, while picking the right one. 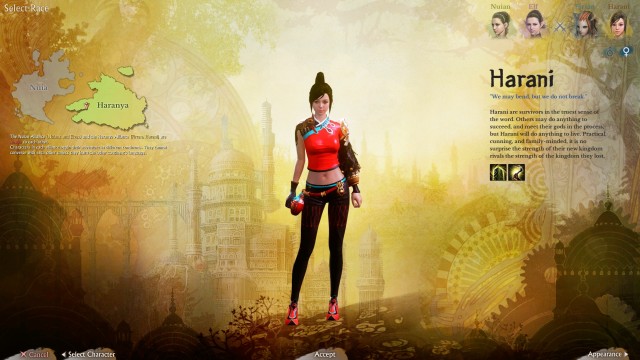 You start in a traditional way - by picking one of the four races. The available ones are Nuian, Elves, Firran and Harani. Apart from their looks, they also differ in terms of their passive abilities:

It is worth pointing out that the individual race abilities do not have much impact on the course of action itself. That is why, while selecting the race, you should keep in mind the faction that you want to choose, because this will have an immense effect on the game. In ArcheAge, there are two factions - the Western (Nuian and Elves) and the Eastern (Firran and Harani). Both parties remain in an open conflict and, after you reach the appropriate experience level, you will be able to attack any of the representatives of the opposing faction (with minor exceptions).

Representatives of the factions speak different languages, due to which you will be unable to communicate with the representatives of the opposing faction, at the beginning of the game. The expressions uttered by them will take on the form of random symbols (e.g. $)#@(#(!!!(#@). Only later into the game, will you be able to take the services of special teachers and, at the same time, learn the language of the opposing faction. If you are going to play ArcheAge with a group of friends, make sure that all of you have picked the same faction. Otherwise, it will be impossible to play. Also, you need to remember that each race starts in a different location and their paths cross only later into the game. 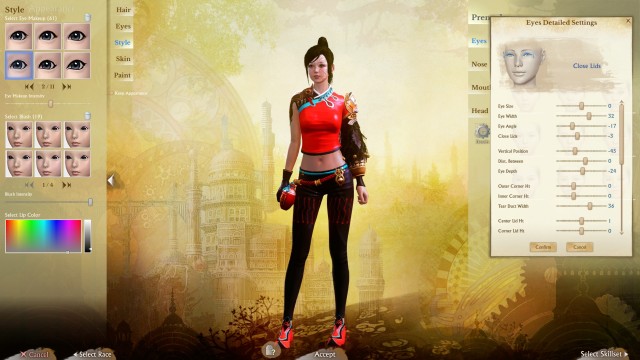 Once you have picked the race and the faction, you need to adjust the looks of your character. In nearly unrestricted way, can you modify the hair, eyes, skin and the shape of the face of your character. The good news, for all the aesthetes, is that you can disable the displaying of the helmet, thanks to which your perfected countenance can be seen, even as you are wearing the heaviest of armors. 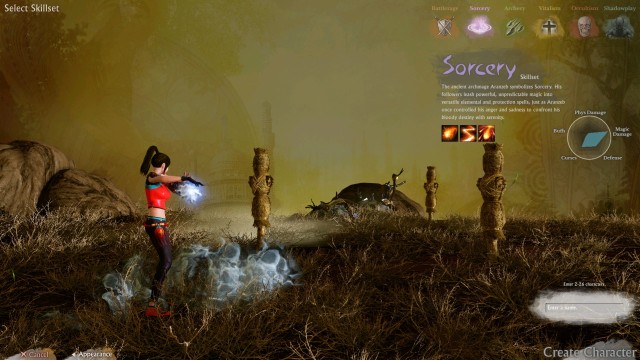 Now you have to select one of the 6 starting skillsets (all in all, there are many more in the game). All of them have combat skills so, you do not need to worry, whether you will be able to handle the enemies at the beginning. The skillsets have been described, in detail, in the next step and, as of now, I only name the options available at the beginning:

After you have selected one of the above, you now only need to pick the name for your character. It needs to be 2-26 letters long, include no special symbols, spaces, digits and upper case letters in the middle, and at the end. Unless you meet all of the above requirements, the Create Character button remains inactive.