Apex Legends allows the players to utilize high-quality sniper rifles. Sniper rifles, armed with a special scope, can be used for combat on medium and long ranges. Aiming for a headshot is recommended, although body shots can also be effective. Long and medium range combat means taking a good sniping position and waiting for the opponent to appear in your range. In case where the enemy is close, it is best to utilize a side weapon. 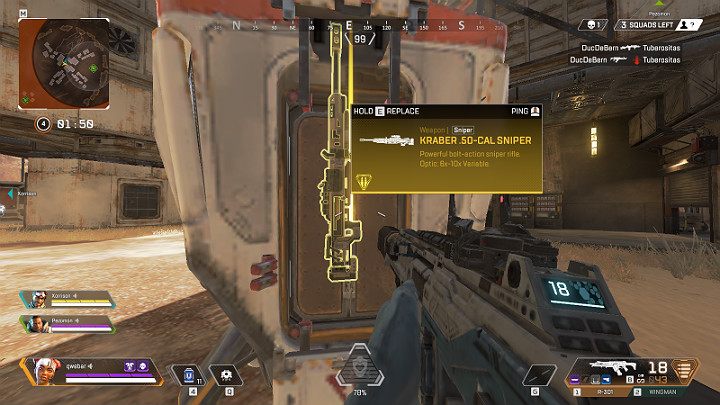 Kraber .50-cal SR is undoubtedly the best sniper rifle in Apex Legends. This unique weapon can only be found at supply capsules, which makes it one of the rarest weapons in game. Kraber .50-cal SR uses its unique ammo, which cannot be replenished in any way. The weapon supplies 4 bullets in the chamber + 8 secondary ammo. Kraber deals enormous damage - 120 for a body shot and 250 for a headshot. 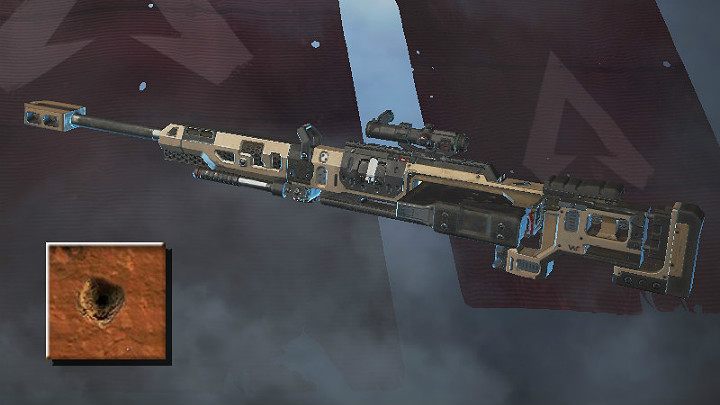 Following its purpose, sniper rifles fire single shots, enabling the player to correct the crosshairs before firing another shot. A huge zoom allows the player to aim exactly at his target. Nevertheless, you need to make adjustments if you're facing a moving target.

Following the special characteristics of this weapon, which is a Legendary sniper rifle, Kraber cannot utilize any additional modifications. 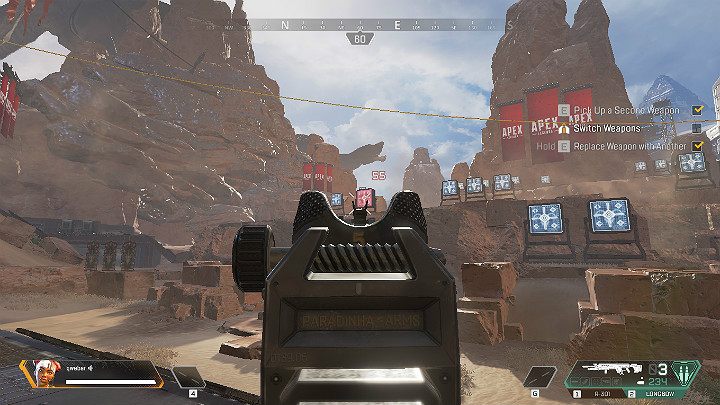 Longbow DMR is a great sniper rifle which deals a lot of damage. The weapon utilizes heavy ammo, while the clip holds 5 rounds. A body shot causes 55 damage, while a headshot causes 110 damage. Moreover, Longbow DMR has access to many modifications that affect its rate of fire and damage. 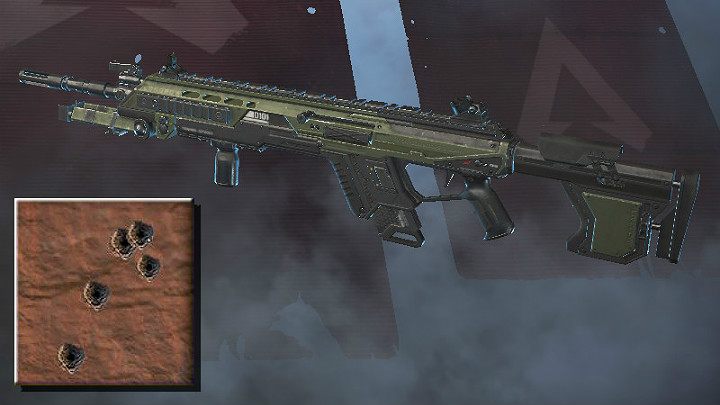 The screenshot above shows the spray pattern for Longbow DMR. After a quick firing of all 5 rounds, you can notice that the weapon yanks up and to the right. You can counter that by a slight movement down and to the left. 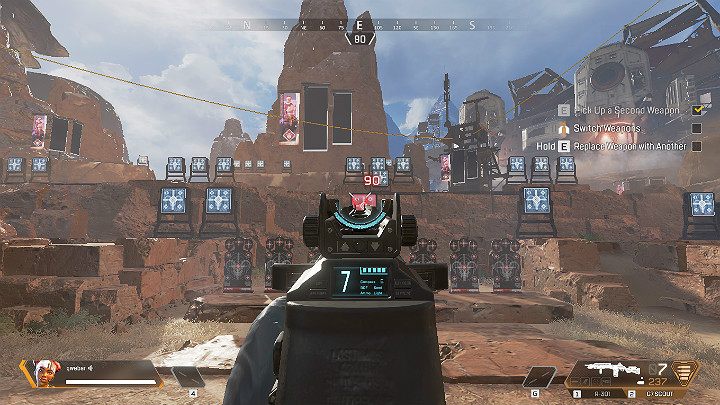 G7 Scout is one of the sniper rifles available in Apex Legends. G7 Scout uses light ammo and holds 10 rounds. The weapon deals 30 damage with a body shot and 60 with a headshot. Following its semi-automatic characteristics, G7 Scout is a very versatile weapon and can be used in medium range combat. With additional modifications, its precision, speed, and damage dealt are increased. 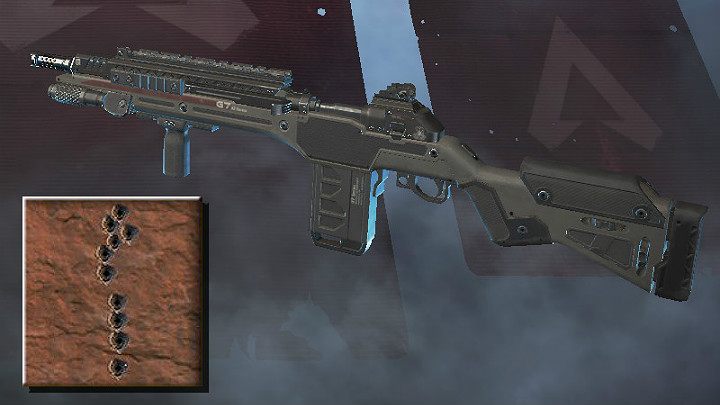 The screenshot above shows the spray pattern for G7 Scout. As can be noticed, the recoil of the weapon is easy to counter - during longer bursts, all you have to do is to drag the mouse down. 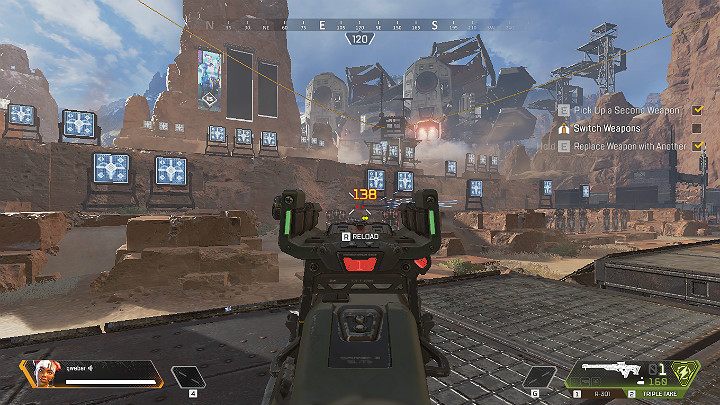 Triple Take is one of the sniper rifles available in Apex Legends. The weapon utilizes energy rounds and holds only 5 rounds. Triple Take deals a lot of damage - 23 in case of a body shot and 46 in case of a headshot. Unfortunately, Triple Take is hard to master, as it offers specific recoil. The biggest problem appears when attempting to fire at a target that is far away. 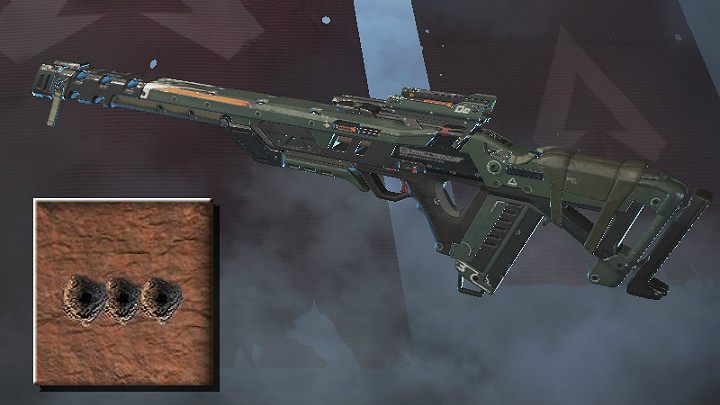 The screenshot above shows the spray pattern for Triple Take. As can be expected following its name, Triple Take fires 3 bullets in a rather strange way - in a row. At medium ranges, this is not a problem, but the distance between the bullets increases along with the distance to your target. Following the difficulty that comes from using this weapon, it is recommended to use a different one.