Sub-machine guns belong to light weapons that work well in close quarters or medium range combat. In Apex Legends, SMGs do not cause so much damage as the assault rifles, but they can be utilized in close quarters combat or in small interiors. SMGs are characteristic for their good accuracy. 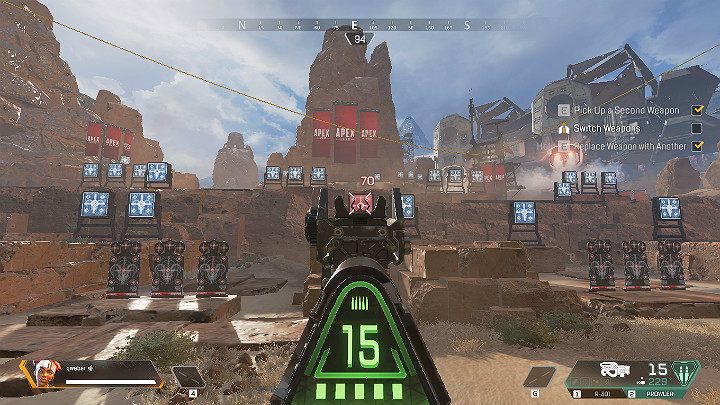 Prowler Burst PDW is probably the best SMG in Apex Legends, provided you've managed to add additional weapon mods. The weapon uses heavy ammunition and holds 20 rounds. Prowler Burst PDW is characterized by its high rate of fire and exceptional accuracy. A body shot deals 14 damage, while a headshot deals 21 damage. Using this weapon, you can switch between burst and single shot firing modes. If you manage to install all upgrades, such as good zoom, additional mag, and Hop-Up, Prowler will become a deadly weapon. 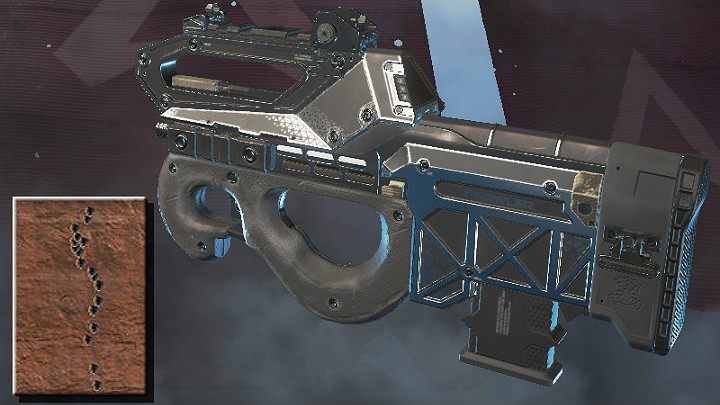 The screenshot above shows the spray pattern of Prowler Burst PDW (medium distance). You can notice that the weapon yanks up a lot, so to counter that, all you have to do is to drag the mouse down to fire at your target. Prowler Burst PDW is one of the easier weapons to master in Apex Legends. 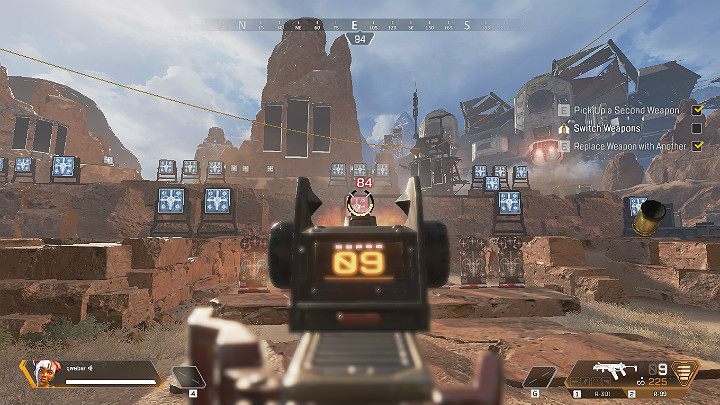 R-99 is another example of SMGs in Apex Legends. Utilizes light ammunition and holds 18 rounds. A body shot deals 12 damage, while a headshot deals 18. R-99 is the weakest SMG when it comes to damage. Moreover, R-99 is characterized by its low accuracy, making it a weapon viable only on short ranges. 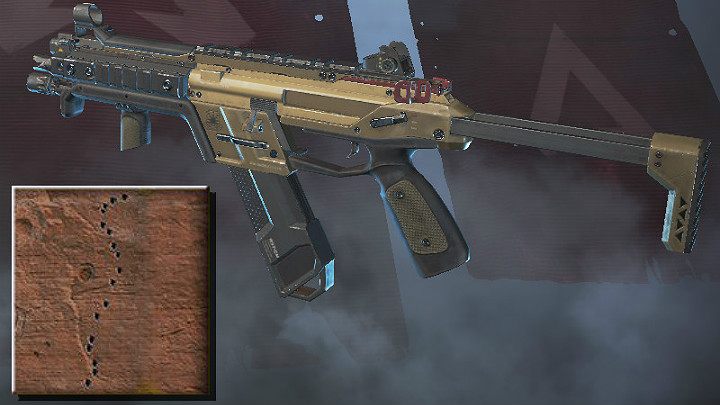 The screenshot above shows the spray pattern for R-99 (medium range). As can be noticed, the bullet holes create an "S" pattern, which makes it difficult to counter the recoil of this weapon. While shooting, stick to shorter bursts (about 9 rounds) and counter the recoil by dragging the mouse down and to the left. 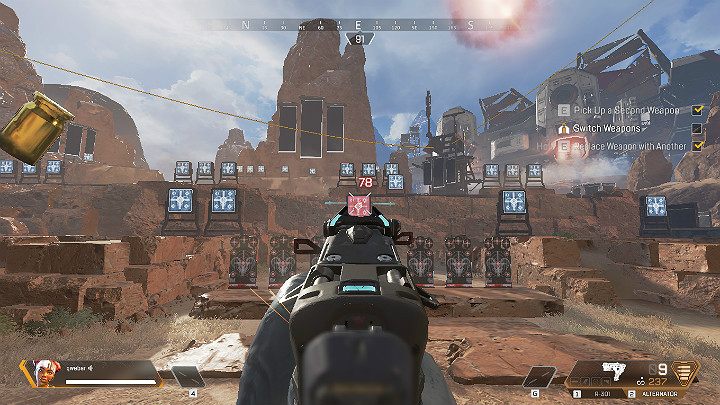 Alternator is a quite original weapon that utilizes light ammunition and holds only 16 rounds. When it comes to damage, body shots deal 13 damage, while headshots deal 19 damage. Alternator is characteristic for its low rate of fire and unusual recoil. 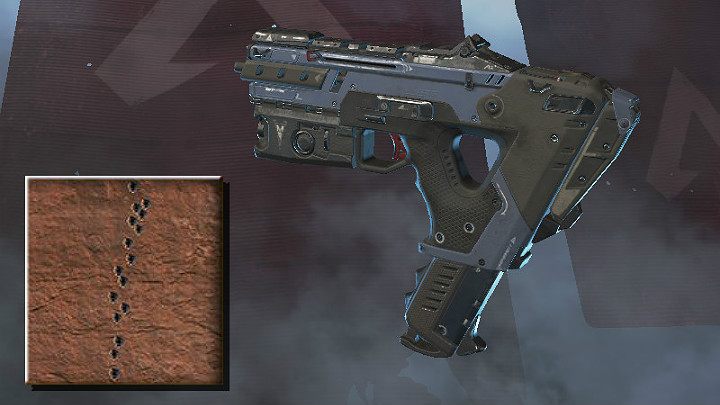 The screenshot above shows the spray pattern of Alternator (medium range). Unfortunately, Alternator is not an easy weapon to handle, requiring strong counter by dragging the mouse down and performing slight movements to left and right.

Apex Legends Guide is also available in our Mobile App