Assault rifles are the most popular type of a weapon found in Apex Legends. Assault rifles work well on any distance, but firing longer bursts will require correcting the crosshairs to mitigate the weapon's recoil. To fully utilize the weapon's potential, always aim for the head, as the first round always lands on its target. 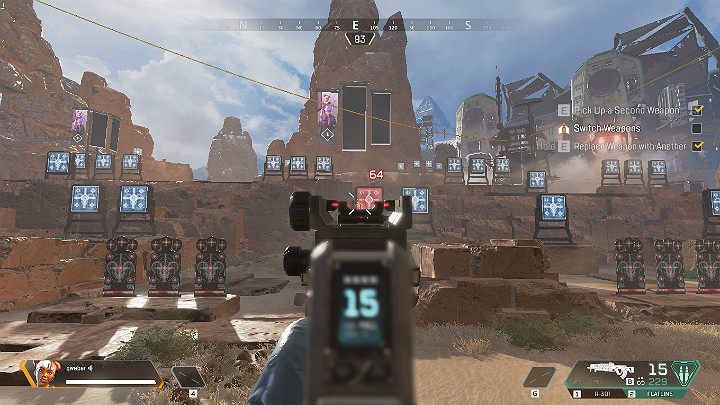 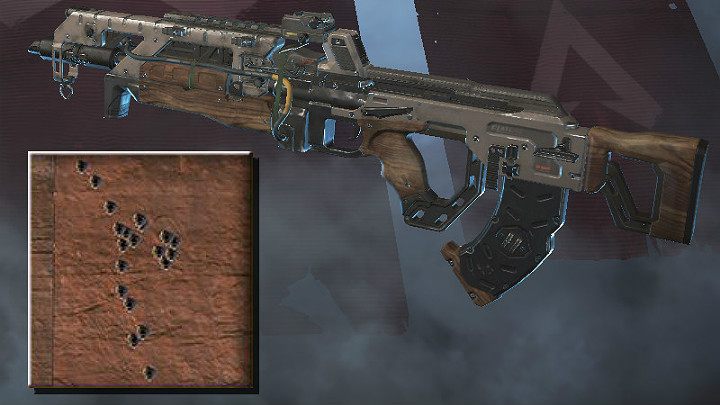 The screenshot above shows the spray pattern for VK-47 Flatline (medium distance). When firing first 6 bullets, the weapon yanks up, the next four bullets hit the target, while the four next bullets yank the weapon right and then left and up. To counter the recoil, the player should move the mouse down in the first phase, and then counter the next phase by moving the mouse left. The final 7 bullets are countered through a movement right and down. 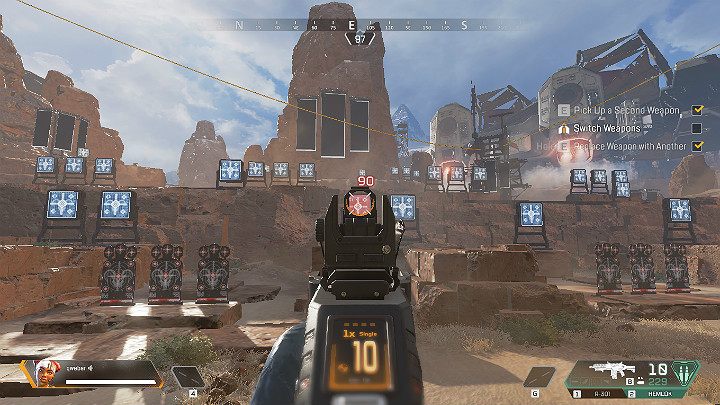 Hemlok Burst AR is another example of assault rifles in Apex Legends. The weapon utilizes heavy ammo and holds 18 rounds in the clip. A body shot deals 18 damage, while a headshot deals 36 damage. Hemlok Burst AR is characteristic for its additional firing mode (burst) in which you fire 3 rounds in a short succession followed by a short break. Following the lack of full-auto mode, most players prefer the semi-auto mode. 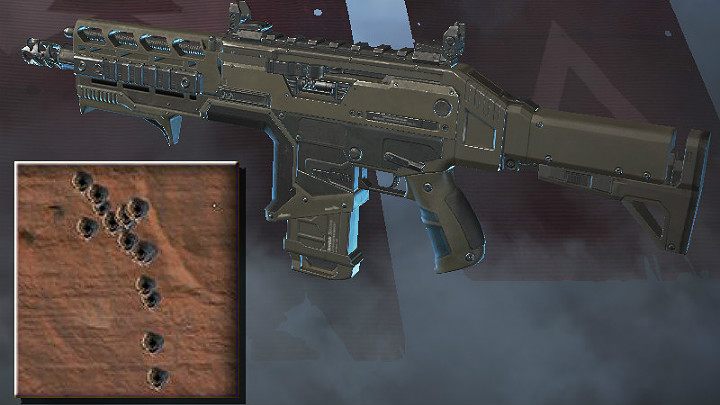 The screenshot above shows the spray pattern for Hemlok Burst AR (medium distance). As can be noticed, Hemlok fires the rounds a little up and left, so while firing multiple rounds, the recoil should be corrected by dragging the mouse down. In the final phase, you can control the recoil by slight movements to right and left. 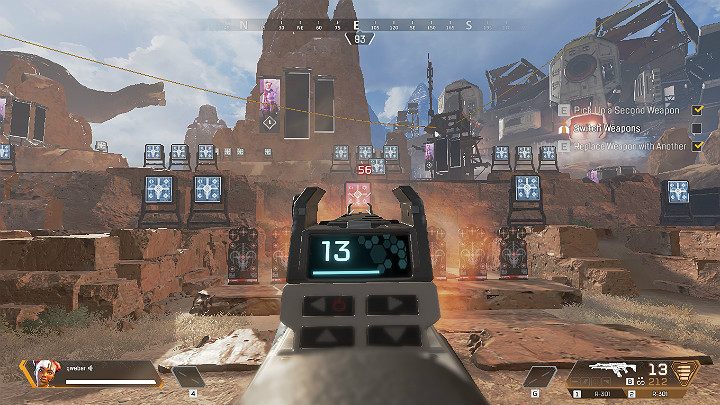 R-301 is the weakest assault rifle available in Apex Legends, yet its precision and rate of fire make it a quite formidable rifle. R-301 utilizes light ammunition and holds 18 rounds in the clip. Body shots cause 14 damage, while headshots cause 24 damage. Following its precision and high rate of fire, R-301 is a great weapon for interiors and close combat. 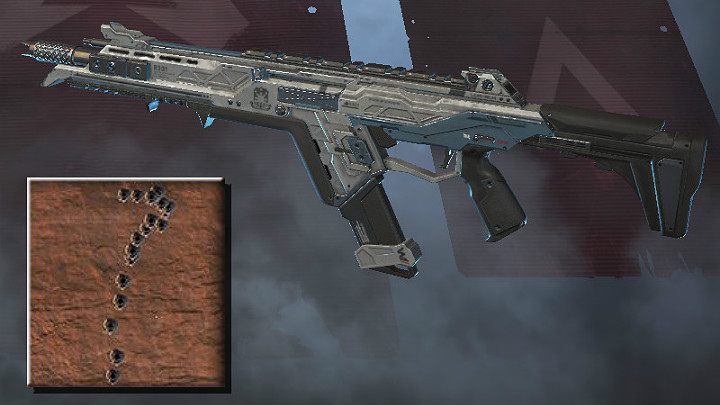 The screenshot above shows the spray pattern for R-301 (medium range). As can be noticed, R-301 is a very easy-to-use weapon, as all it takes to counter the recoil is to move the mouse down and then slightly to left and right.