In Apex Legends, the players can utilize many types of weapons, including pistols, machine guns, assault rifles, sniper rifles, or shotguns. This chapter contains a list of all available weapons in Apex Legends and a bunch of tips regarding their use. We'll also answer a fundamental question - which weapons are the best? The top of each list is dedicated to the best weapon in each group.

In Apex Legends, pistols are a support weapon that works best on close and medium ranges. Following their low damage and armor penetration, always aim for the head to deal as much damage as possible. Most pistols are not suitable for long ranges. Interestingly enough, there is a pistol that works well as a main weapon and can be used in any situation. Pistols are characterized by their good accuracy during movement, provided you'll fire single rounds.

Below you can find weapons guide to Apex Legends: 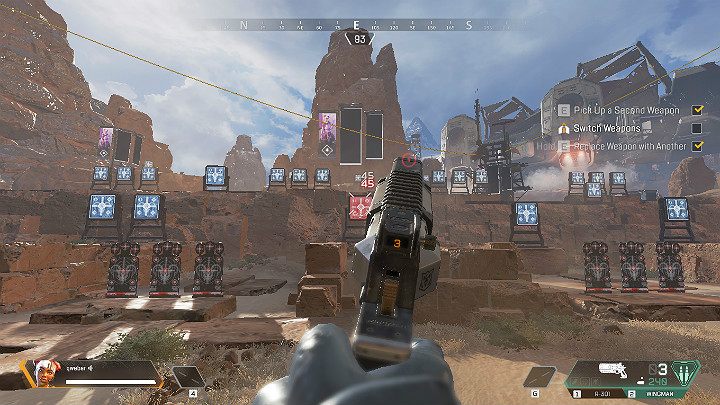 Wingman is a revolver with a lot of firepower that utilizes heavy ammunition. Thanks to high armor penetration, Wingman causes 45 damage for a body shot, and 90 with a headshot. Moreover, the weapon is really accurate. Unfortunately, Wingman is characterized by its low rate of fire, requiring each shot to be well aimed. The weapon's clip only holds 6 rounds - the players that will master the use of this weapon will be unstoppable during the game. 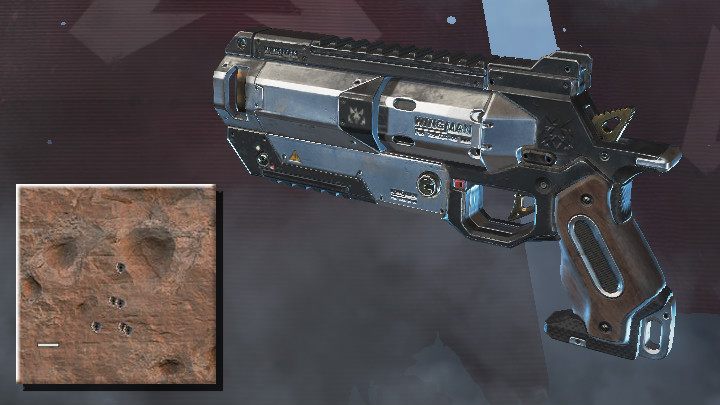 The screenshot above shows the spray pattern for Wingman (medium range). As you can see, Wingman is a very accurate weapon, enabling you to hit your target while staying far away from it.

Shooting from the hip 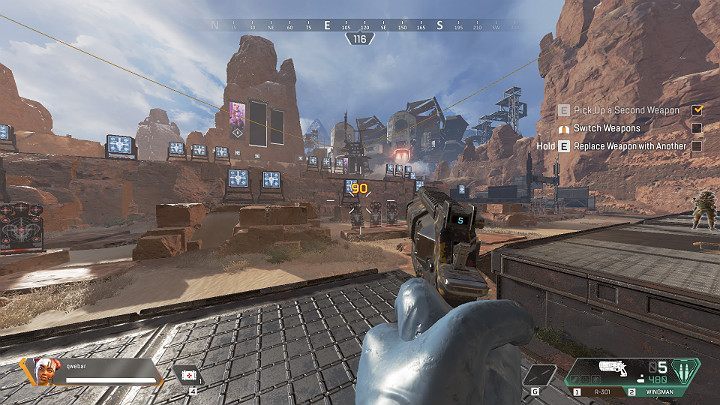 On 7 March 2019 a vital revamp of the best weapon in Apex Legends - the Wingman - was introduced. Changes were made to shooting without aiming (from the hip). If using Wingman in Apex Legends, you should consider the fact that shooting from the hip will strongly impact accuracy.

To change Wingman into a deadly main weapon, you can add a few extras: 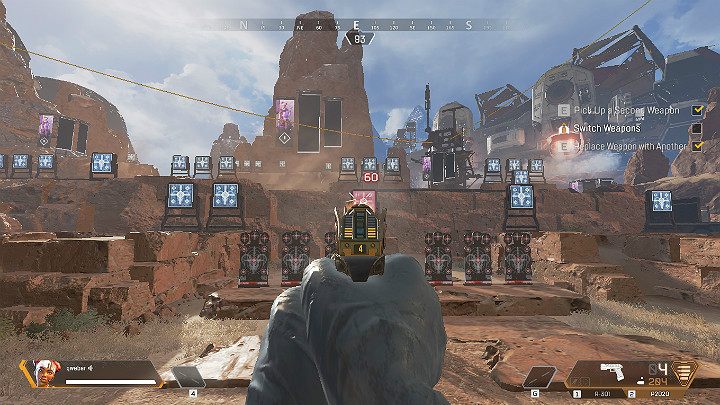 P2020 is a standard handgun, utilizing light ammunition and holding 10 rounds in the clip. P2020 is not the best weapon in its category and should be quickly replaced, but at the beginning of the match, even a standard pistol will give you an immense advantage against other players. P2020 deals 12 damage with body shots and 18 with headshots. 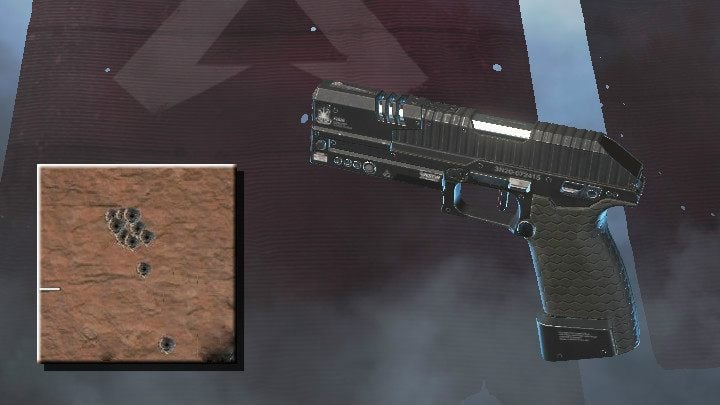 The screenshot above shows the spray pattern of P2020 (medium distance). As can be easily noticed, P2020 stabilizes its recoil after firing three shots. First two shots land far away from each other.

P2020 can utilize only a small amount of upgrades. 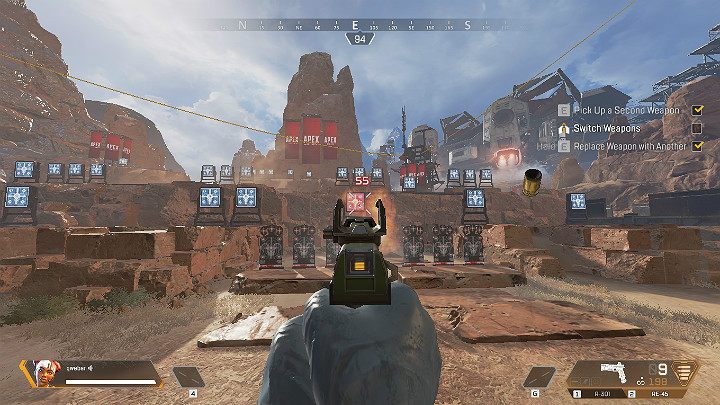 RE-45 Auto is an automatic pistol and the weapon with the biggest rate of fire in its category, which is its biggest advantage. By default, the weapon holds only 10 rounds. When it comes to damage dealt, RE-45 Auto is unsatisfying, dealing only 11 damage with body shots and 16 with headshots. Unfortunately, the weapon has very high recoil, forcing the player to counter it through mouse movements. 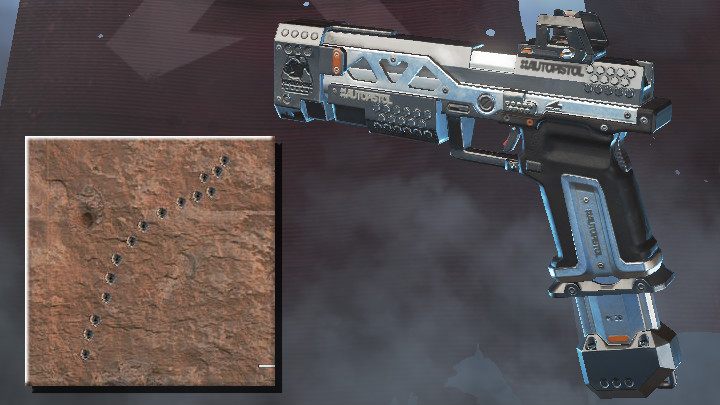 The screenshot above shows the spray pattern of RE-45 AUTO (medium range). As can be seen, two initial rounds hit their target, then the weapon starts to yank right. To counter the recoil, the player has to point the mouse left and down.

RE-45 AUTO can use following upgrades: