Crafting and currency in Apex Legends

In Apex Legends, the players have the ability to craft cosmetic items such as additional weapon skins, character skins, additional voiceovers (quips, intros) or finishers. To create additional cosmetic items, you'll need a special material - metal. It should be mentioned that not all items can be crafted (e.g. Heirloom set). The chapter below contains all the important data regarding crafting that will allow you to craft new items for your favorite characters. 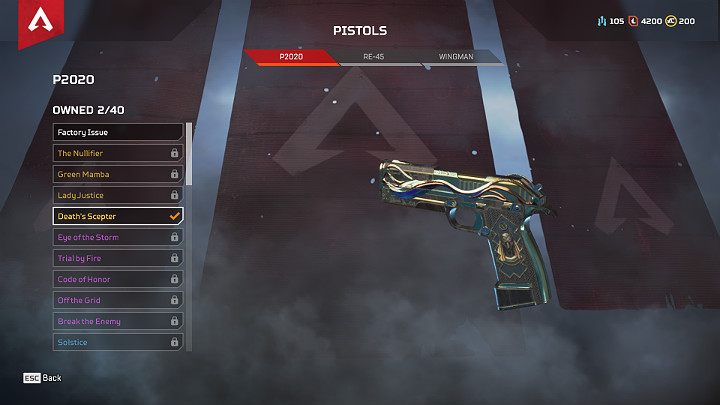 You can customize your characters through cosmetic items such as weapon and character skins, finishers, or extra voiceovers. Below you can find a full list of such items and ways to unlock them.

Do the new skins affect the gameplay?

In Apex Legends, all created skins are only of aesthetic value and do not influence your character's abilities or dealt damage in any way. Unlocking new cosmetic items won't increase your chances of winning. 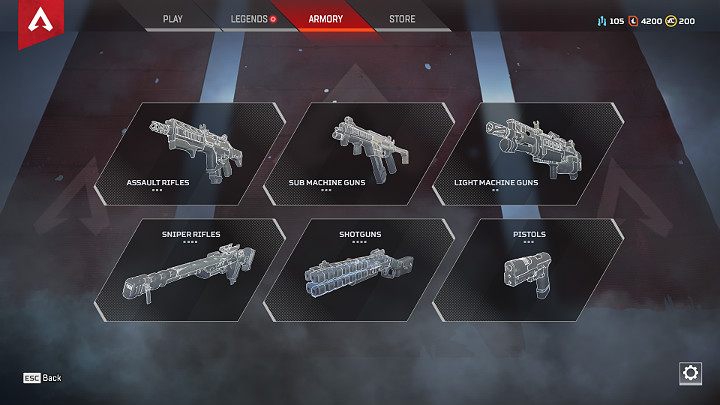 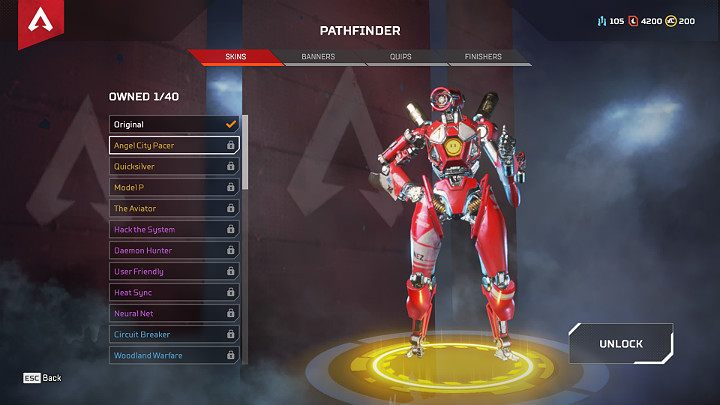 Every legend in Apex Legends can wear various additional skins. All skins can be viewed by clicking on the chosen character. The skins are divided according to their level and the cost is as follows: 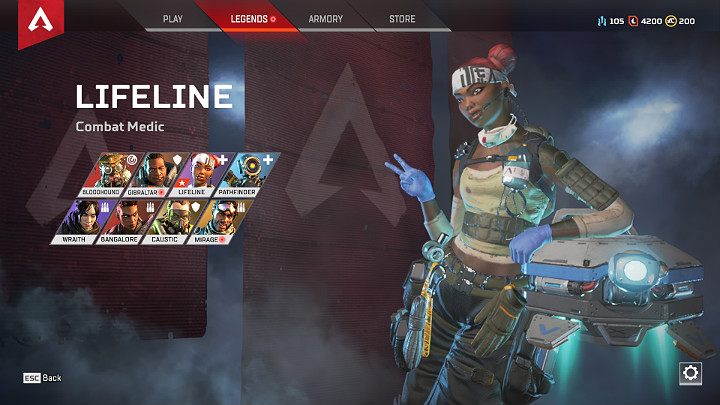 In Apex Legends, you can unlock special poses and frames for each character. To craft them, one needs to pay in metal - the prices are as follows: 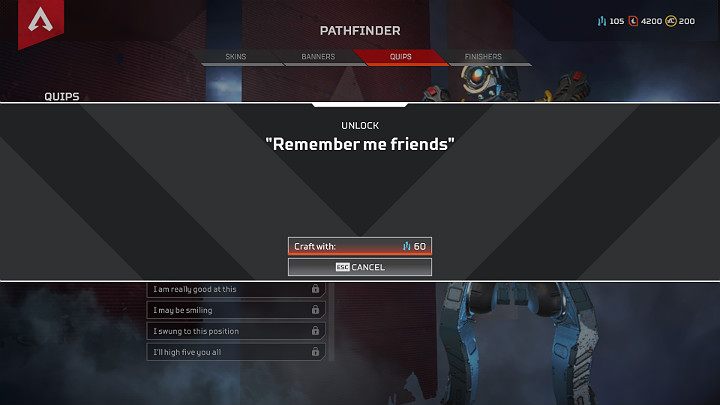 In Apex Legends, all heroes in the team communicate with themselves all the time. Aside from messages regarding the location of the opponent, found items, received damage or describing actions in progress, the heroes can elicit additional messages e.g. when killing an enemy, or when choosing a team. The cost of creating additional messages depends on their level and is as follows: 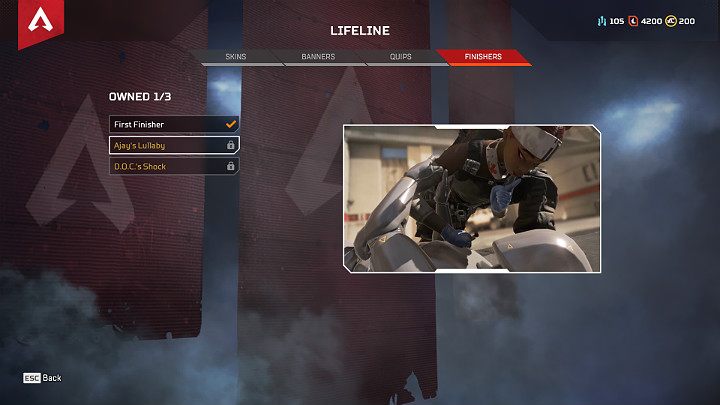 Finishers are special moves that allow you to finish your opponent. Every legend has 3 special personalized finishers. The first one is available from the beginning, while the two remaining ones have to be unlocked. All finishers belong to the legendary group and cost 1200 metal. 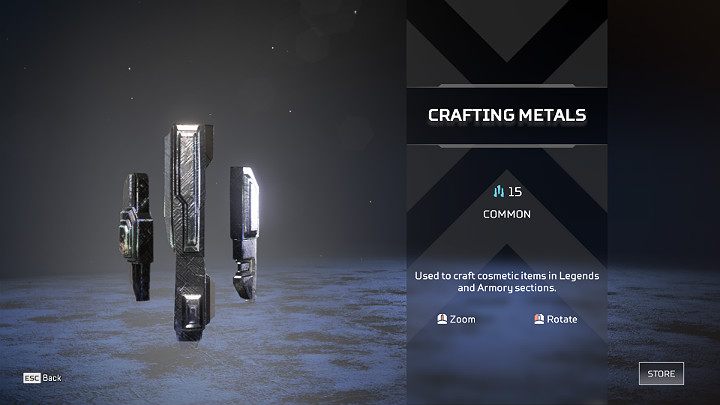 In Apex Legends, Metal is a special crafting material which is used to craft cosmetic items. Unfortunately, you can't simply gather it during battles in the King's Canyon. You can view the methods of gathering metal below.

How to acquire crafting metal? 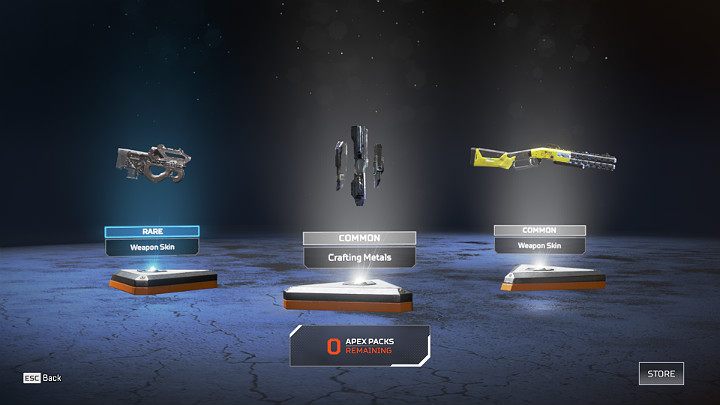 Crafting metal can only be found in special packs, known as Apex Packs. It should be mentioned that after opening an Apex Pack, there is no 100% guarantee of finding crafting metal. The packs can contain crafting metal of various quality and of varied amount.

How to acquire Apex Packs? 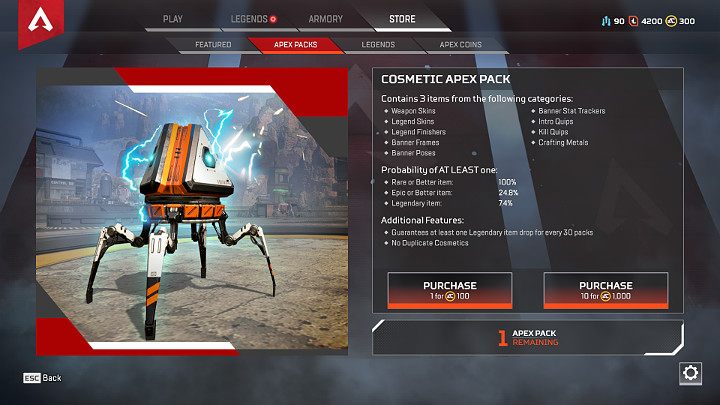 Apex Packs can be acquired in one of two ways. Every player receives 45 free Apex Packs that are received in the course of leveling up (from levels 1 to 100). The second way involves spending real money on special currency - Apex Coins. Every Apex Pack costs 100 Apex Coins. 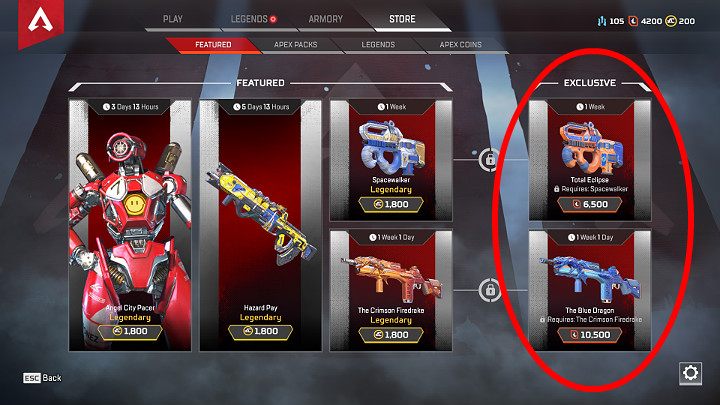 Another currency in Apex Legends are special Tokens that allow you to unlock additional heroes or special weapon skins. These skins are available only for a limited period of time.

How to acquire Legend Tokens?

Tokens are awarded in the course of the gameplay. You cannot buy them for real money or find in Apex Packs.