Round 2 begins the middling stage of an Apex Legends match. There are about 8-6 teams still present, while a small portion of King's Canyon map is now enclosed by the circle. At this stage, the players are mostly armed well, so it won't be an easy task to eliminate them. 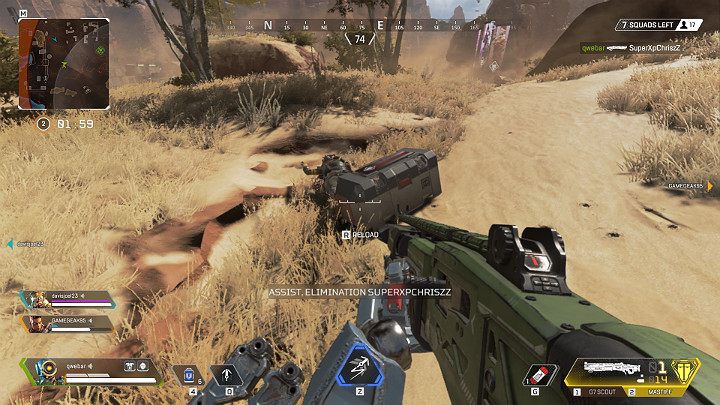 In Apex Legends, round 2 lasts 3:30min, while the players fight on a smaller, enclosed area. At this stage of the match, the players exchange their equipment to higher tiers and amass supplies (medkits, armor-regenerating items) which will be necessary for their survival in the final stage of the match. Remember to check the items left by the defeated opponents. The most viable items are found in violet and golden chests - you won't find anything interesting in normal, gray-colored, chests. 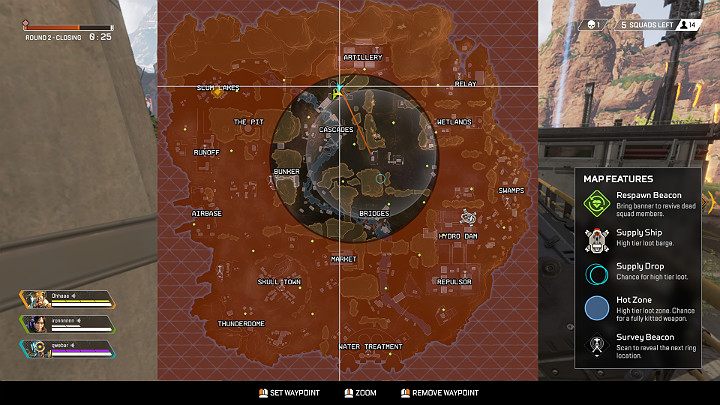 After the end of round 2, you'll be informed about the Arena ring becoming smaller. If you look at the map and notice that you're in danger, you only have 1:05min to reach a safe area. At this stage, the ring encloses much faster, so the players have to react faster, leaving them open for an attack. What's more, the damage dealt from staying in the danger zone also increases.