Apex Legends takes the player to a map known as King's Canyon. The matches can only be played in 3-man teams. You can join the game solo (you'll be joined by random players, forming a team) or as a pre-made 3-men team. The match begins when 60 players in 20 teams gather. The group is then taken to a spacious map which will be the background to a last-man-standing battle. The chapter below contains tips on how to proceed in each of the stages of an Apex Legends match.

How to proceed during the initial stages of an Apex Legends match?

The beginning of an Apex Legends match always looks the same. First, each player has to choose a Legend that he will control through the whole match. Then, the players are taken to the Arena and begin the landing process. After the initial exploration, round 1 begins. 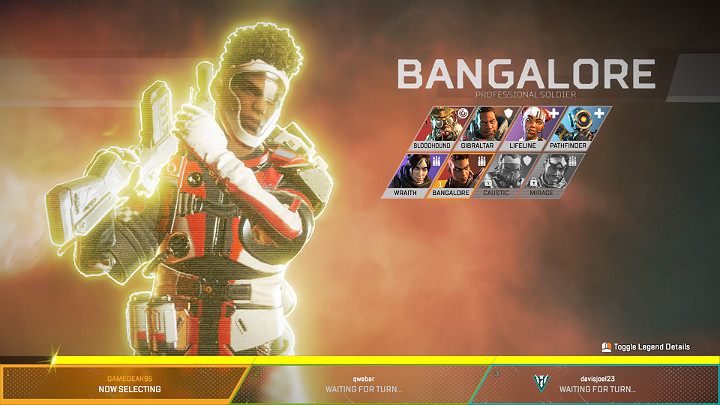 Choosing a Legend is the first stage of a match in Apex Legends. The team can only hold one Legend of the given type, while the decision has to be made quickly, so you need to act fast and in unison. If you've entered the game with friends, you can decide who goes where earlier, but problems may arise when creating a team with random players.

To make the process of creating a team easier, Apex Legends introduces a queue system. This means that each of the players has to wait for his turn and cannot choose his hero right away. When the first player makes his choice, the rest can only suggest theirs.

Creating a team is a very important moment which may contribute to the success on the Arena later on. Try to create a balanced team which contains at least one attacking, one defending, and one supporting player. 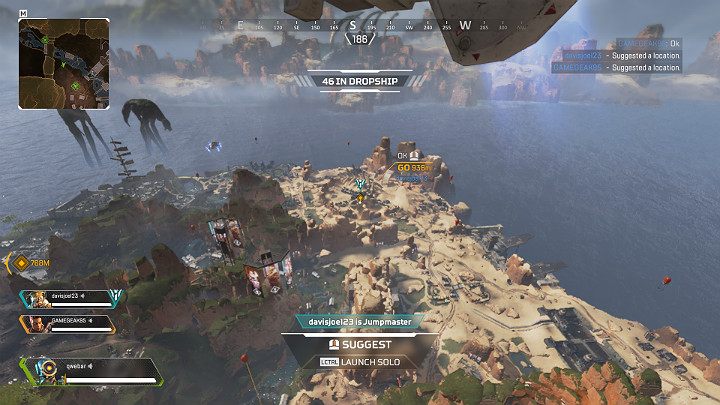 The countdown begins once you've found yourself over the King's Canyon. After about 10 seconds, first players will start jumping out of the transport ship. Try to find a good location and mark it on the map, so that the player leading the landing (jumpmaster) will know where to land.

In Apex Legends, one of the team members is chosen to become a Jumpmaster, leading the whole team through the landing process. If you want, you can press the button to divide yourself from the group and land on your own. The option becomes useful in a moment where you are close to your target and want to search the whole available area as soon as possible. 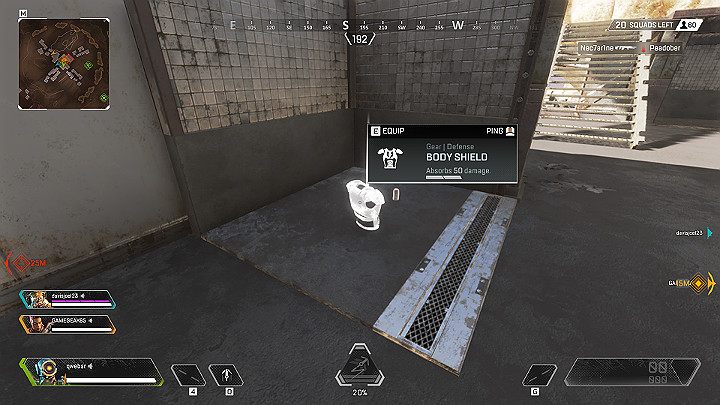 The landing spot has to supply the team with the needed items, especially weapons that will be needed to explore the area. Armor will also prove to be necessary - even if it's the worst kind, it will help you defeat an unarmored opponent. Try to choose various landing spots, to study the map further and know which way to go at the beginning. 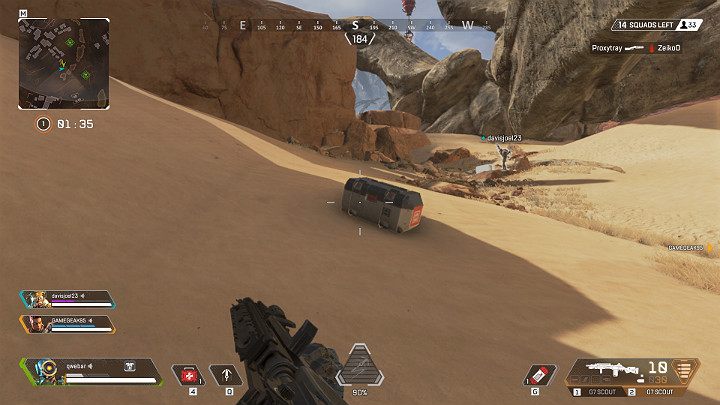 Round 1 begins after about a minute from the landing and lasts for the next four minutes. This round marks the most deaths - it may turn out that the next round will begin with only a half of the players that began the game. Focus on picking up the needed weaponry (main and side weapon), level 2 armor and a few medical items which can come in handy during the imminent encounters ahead.

Gathering items and supporting your team 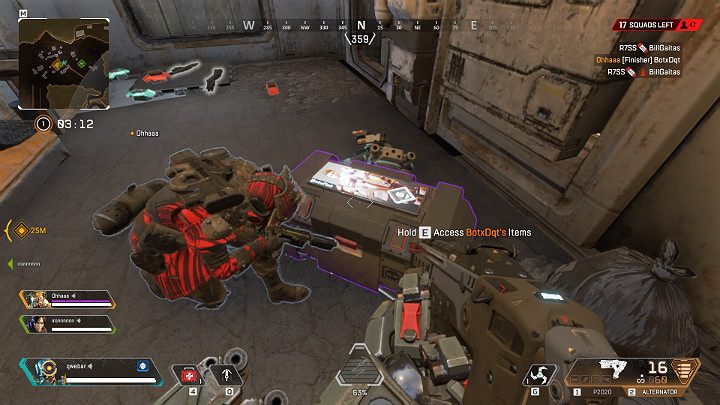 Remember to inform your squad members of the available weaponry that you won't use yourself. If you have level 2 armor and have found another one, mark it on the map so the squad knows where to look for it. The same rule applies to weapons and ammunition. Always share the locations of items with your team members - this will greatly increase your chances of a victory. 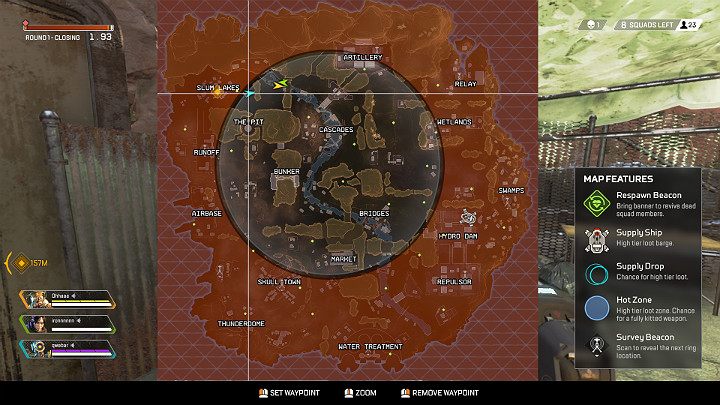 Round 1 ends with the information that the Arena circle has become smaller. If you look on the map and notice that you're in a contaminated area, you have 2:30 min to reach a safe circle. If you won't do that, every second spent in the contaminated area will cost you some of your health.