The chapter below contains a few tips regarding things that you should NOT do in Apex Legends. Complying with these rules can help you survive on the battlefield and lead your team to victory. Nevertheless, remember to modify your behavior based on the current situation on the Arena, for example, if you need to leave the safe area to save an ally - do it. 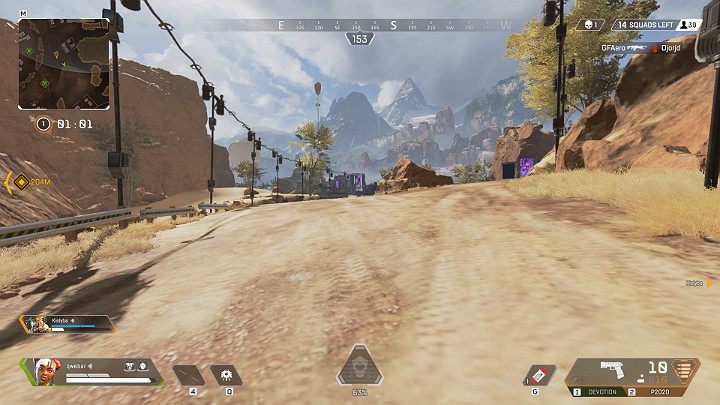 Running around open areas, such as roads or desert makes you a very easy target. Always maintain cover while moving around the map so you can hide in case of danger. However, if you need to get from point A to point B, make sure that there is nobody watching your movements. If you are exposed, and the enemy is firing at you, try to perform some unpredictable movements, such as running in a zig-zag manner, jumping, or sliding. Do everything that you can to not let the enemy hit you.

Don't be an easy target 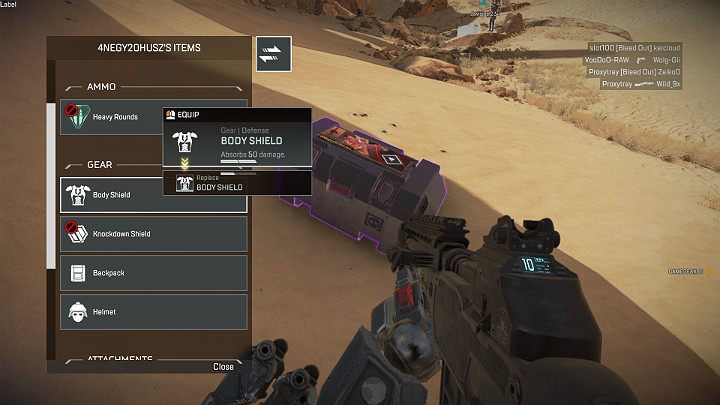 When you eliminate an opponent, he will drop his equipment behind. Think whether exposing yourself for an attack to search through his things is the right choice. Remember that Apex Legends is a team-based game, so surely his allies are nearby, wanting to do the same. If you want to pick-up the loot left by the enemy, do so quickly in order to not expose yourself and your team to enemy fire. When you get to the body, pick-up the most valuable items, such as armor, medkits, or energy shards. If you need to change your weapon, do so, but don't forget about ammunition!

Don't stay outside of the Ring 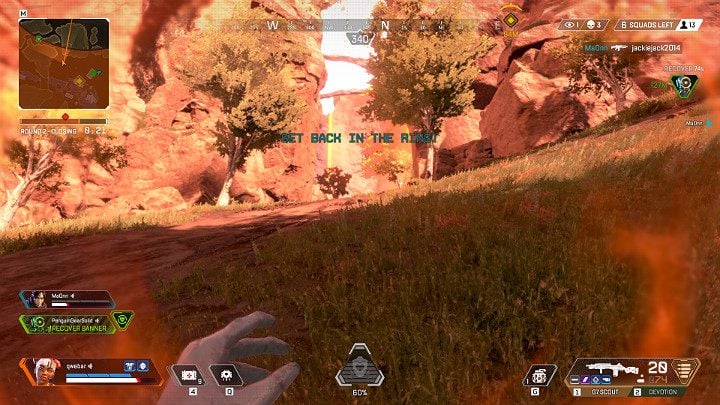 The ever-closing Ring not only makes the gameplay more difficult and forces the players to move the battle into the given location, but can also lead to the death of your hero. Stay in the safe zone. The damage caused by the contaminated area and the speed at which the sphere closes increases over time. This means that during the first phase, the whole process takes time and does not cause much damage, but during the third phase, you may not be able to escape in time. 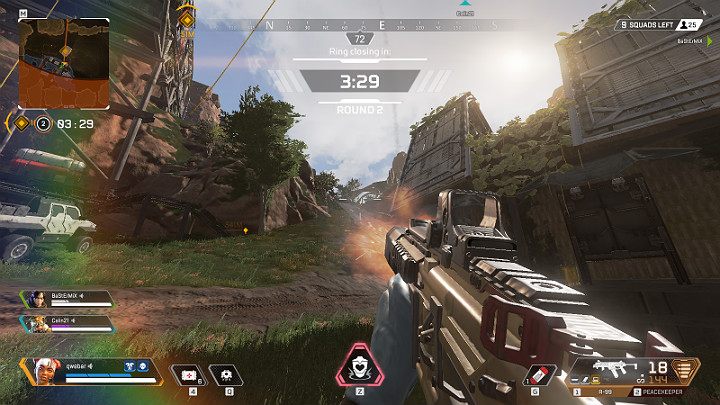 Firing your weapon may alert the opponent that you're nearby, moreover you'll waste your ammunition, which is quite a precious commodity. When you locate a target, aim first, then fire. Don't forget to mark the encountered opponent - your team will be able to quickly get acquainted with the situation and return with the move of their own.

One of the worst things during combat is the sound of an empty clip. Always keep as many bullets in the clip as possible. Reloading or changing the weapon during combat will, best case scenario, cost you a few seconds and the loss of some of your health or worst-case scenario - end your current game.

Sniper rifles are great for long range and open terrain combat, but when the fight happens in close quarters, a machine gun, shotgun, or a pistol will surely be more useful. Study the effective range of every weapon and use them accordingly. Even if e.g. Kraber is the best weapon in Apex Legends, doesn't mean that you have to use it.