At some point in the game in Anno 1800 you can understand that your budget is charged the so-called fee known as Royal Taxes. The tax appears suddenly and without any warning. The next section of our guide describes Royal Taxes mechanics in the game. 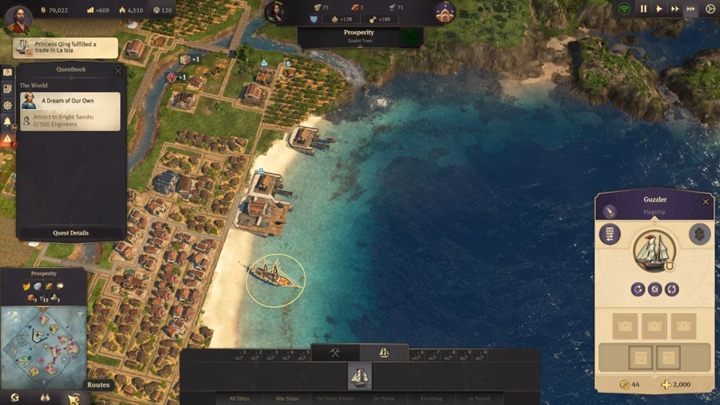 The type of tax we have described goes to the group of monarchs (quite unidentified) - the tax first appears in the game when you reach the number of 1000 inhabitants. From now on, your residents have to pay an interest tax, which unfortunately is mandatory.

The tax is determined on the basis of the size of the island. Other social groups pay lower / higher taxes, and the only way to reduce taxes is to reduce the number of residents on the island. Unfortunately, this output is quite not profitable and, as a rule, you shouldn't reduce the population.

Royal Taxes are a form of constraint so you may not develop islands just with the use of residential huts. The game encourages us to look for different Islands and build colonies there - taxes on the new Islands also start from only 1000 inhabitants, so a good way is to transfer part of the workers to other Islands and flip cargo by ships.