This page in our guide to Anno 1800 focuses on the final chapter. Time to deal with Pyrphorians once and for all, and avenge your father. 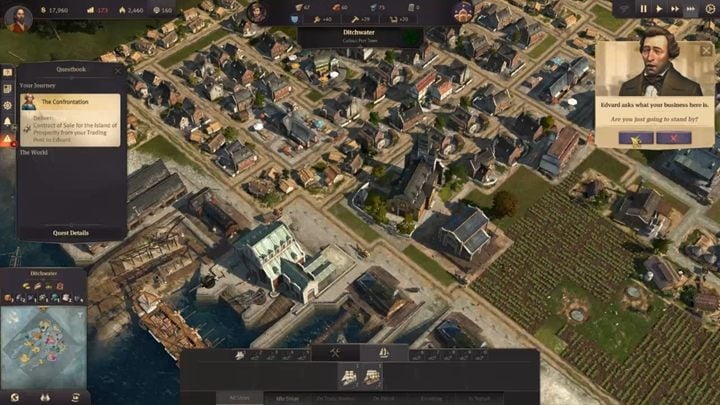 Take the contract back to the Old World. Transport this item to Edvard. Watch the cut-scene that ends this mission. 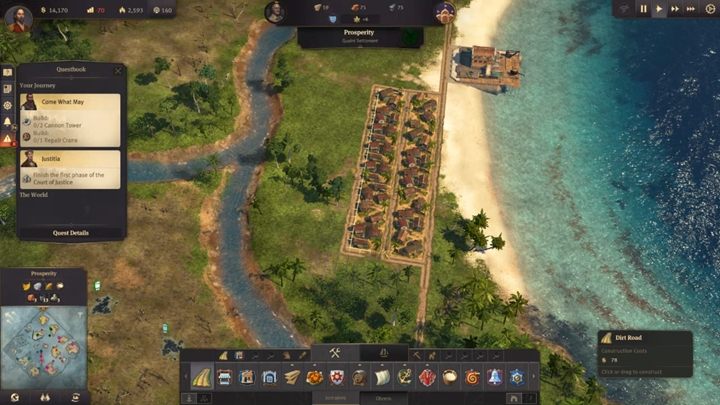 You get two quests that are rather time-consuming - leave them for later. By completing chapter 3 you got Prosperity island which is part of the New World. Go there and start colonizing the new territory. 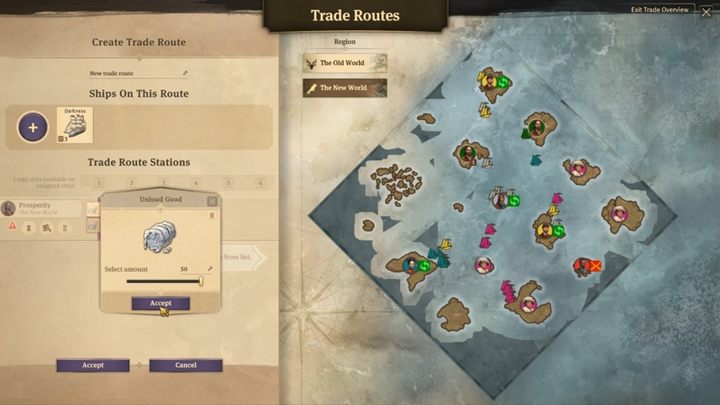 The island offers new resources like wool. Build a few Sheep Farms. Transport the wool to your main island in the New World - you will be able to produce Bowler Hats. This item will soon be useful in the Old World. Try to manage your islands in such a way that would give you a lot of profit. Don't be in a hurry, you don't have a time limit, etc. The next few campaign missions will require you to develop your empire. 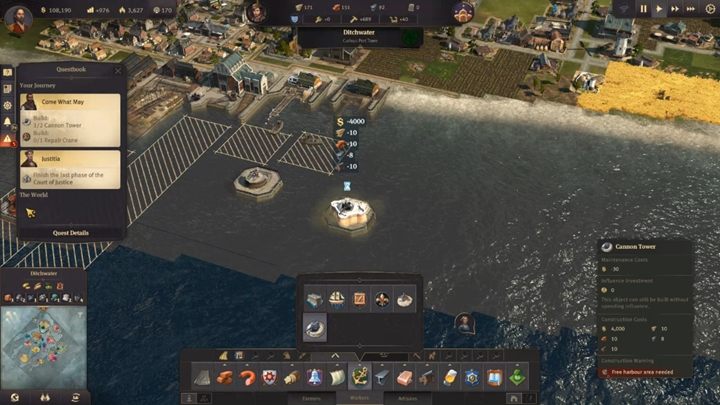 Once you are ready, build two Cannon Towers and a Repair Crane. To unlock this building, you need to get Artisans, another social class, to come to your island. Expand your town and prepare yourself to fulfill the needs of your new citizens. 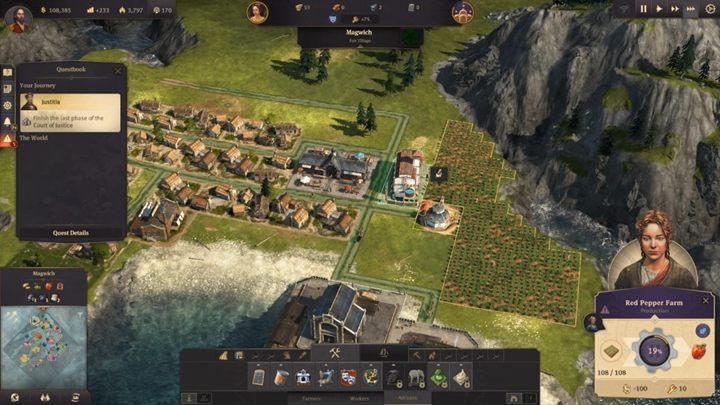 Use one of the nearby islands to start cultivating red peppers. Next, transport red peppers to your main island and start producing canned food. This item will cause more Artisans to come to your island. 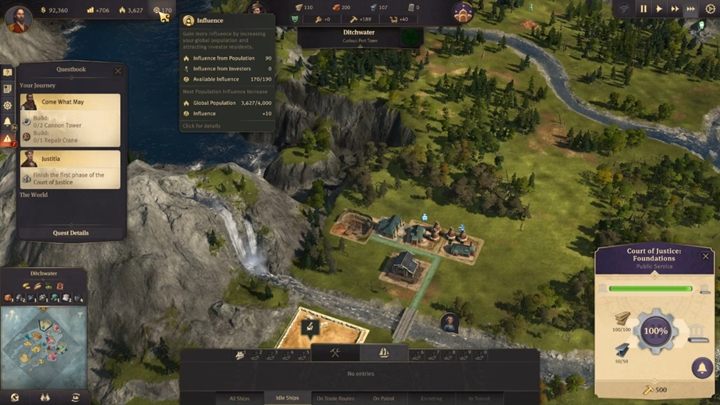 Your objective is to build a Court of Justice - your uncle's trial will take place in that building. This objective has a few stages. The first phase requires you to have 100 planks and 50 steel. Also, you need 500 workers. 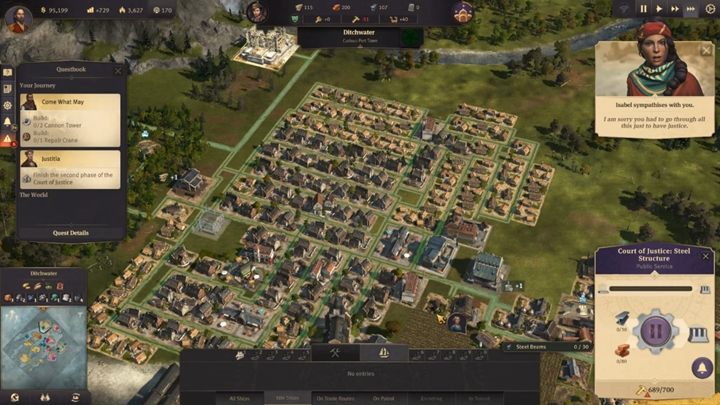 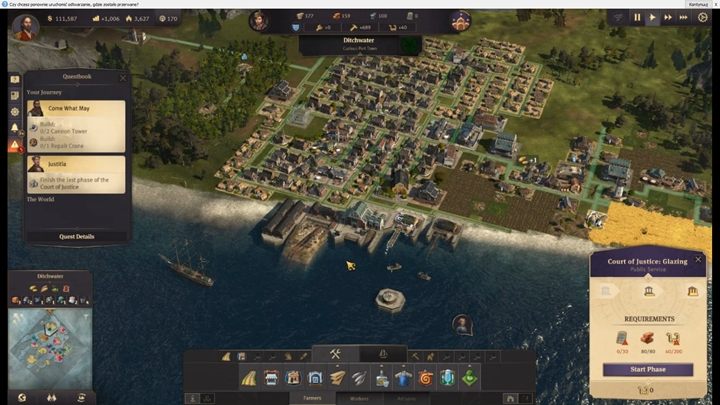 The final step requires 30 windows, 80 bricks and 200 workers. This means that you have to expand your town significantly and fulfill the needs of your citizens, including canned food or sewing machines.

Note! Finishing the works on the Court of Justice will cause a lot of problems - your town gets attacked by Pyrphorians. Don't finish the Court if you want to be able to develop your town without any interruptions. Take care of the Artisans' needs, develop the town and be sure that your islands have all they need. 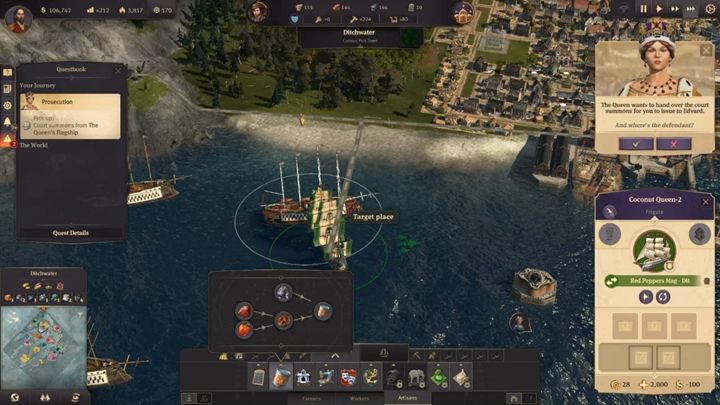 Get close to the Queen's ship and click on it - this will start Edward Goode's trial. 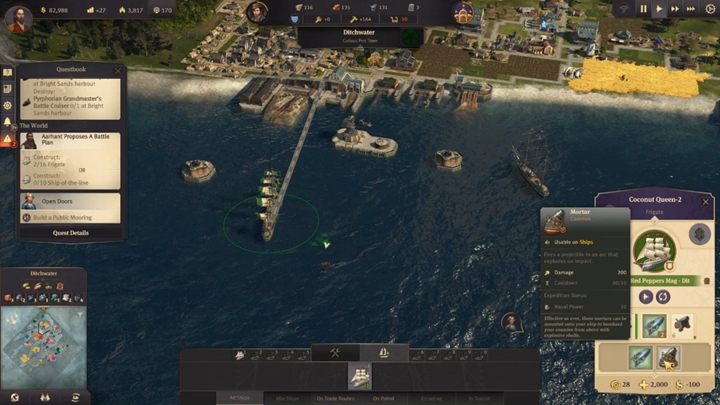 This is the last mission in the campaign. It is difficult and time-consuming. Your goal is to destroy Pyrphorians's fleet. Watch out, their ships are deadly. You can complete a few side missions, e.g. producing a lot of ships, sinking enemy patrols, or escorting. Complete these missions to get valuable materials (e.g. cannons) and gold. 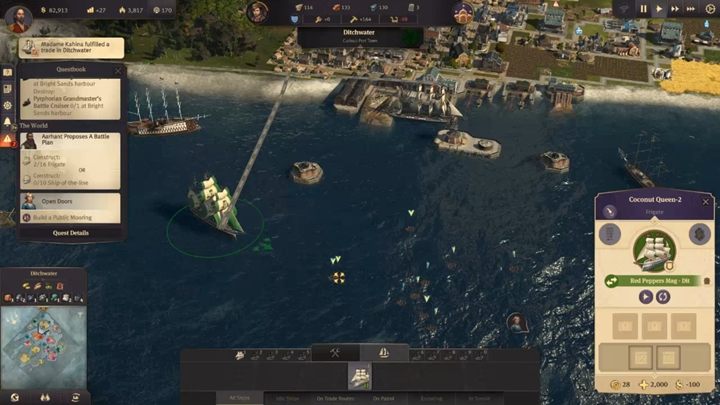 Your island will be attacked from time to time. Don't let the Queen's ship to get destroyed. Luckily for you, the Queen is guarded by numerous ships. Your cannons will be useful, too. Collect items dropped by enemies - you can get, e.g. torpedo or mortars. 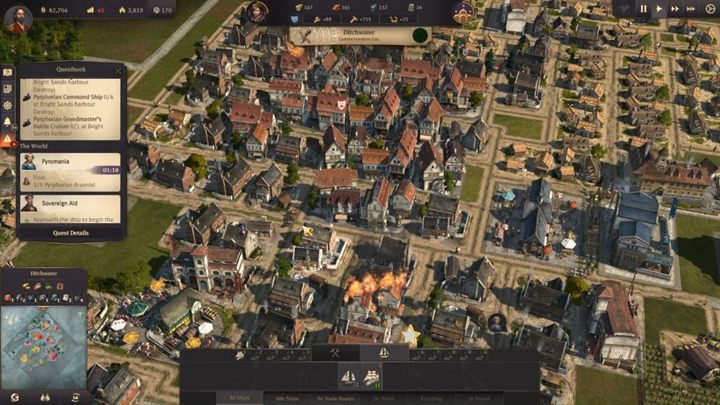 The enemy will also cause you problems on your soil by setting fire. Find arsonists and put the flames out. Your town will be safe after you sink the enemy fleet. 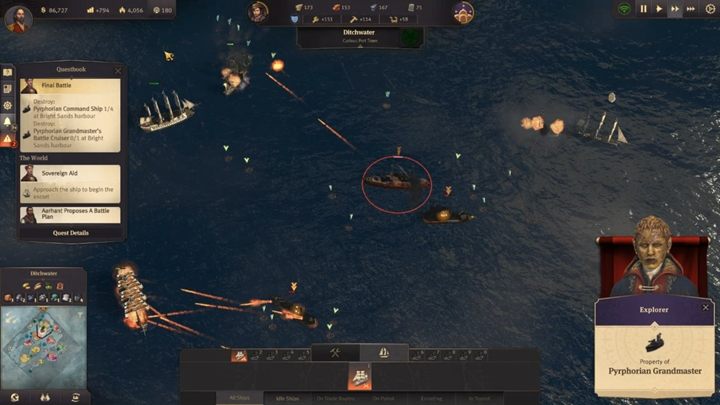 Enemy ships are rather powerful but there is a way to make the battles easier for you. Build more Cannon Towers and Mounted Guns on your shore. Next, build a few ships and order them to attack the enemy fleet. A few hostile ships will start following you - lure them close to the land. The Queen's armada and your shore defense will start attacking the enemies. Use torpedo and mortars to defeat the hostiles. 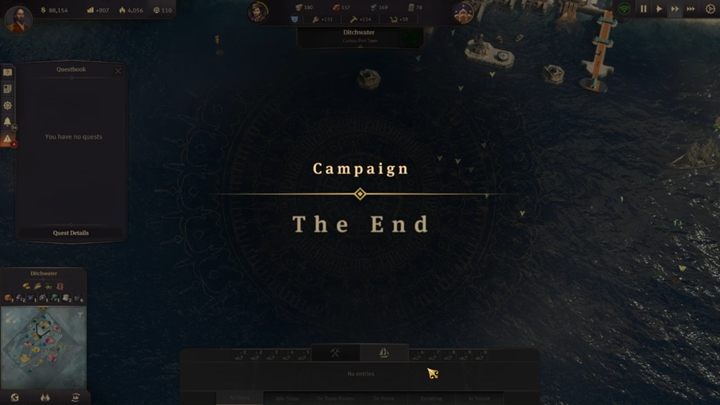 Complete this mission and watch the final cut-scene. You have beaten Anno 1800's campaign.

What can I do after completing the campaign? 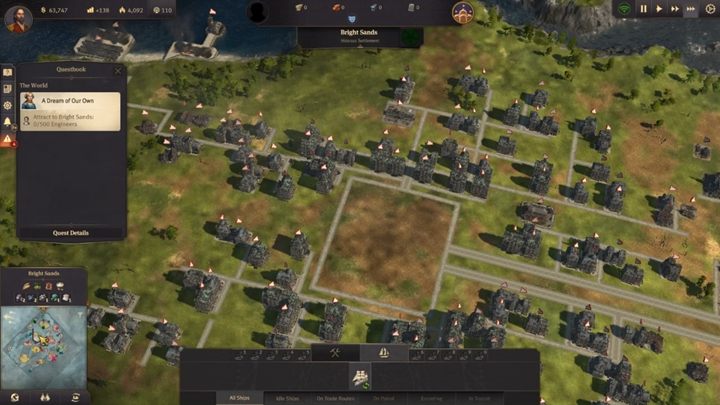 The developers have prepared a few surprises. The story-driven part of the game is over - you won't see any cut-scenes, but you still have a few goals to accomplish. By completing the game, you get access to a new large island called Bright Sands. Your objective is to get 500 Engineers - a difficult and extremely time-consuming task. 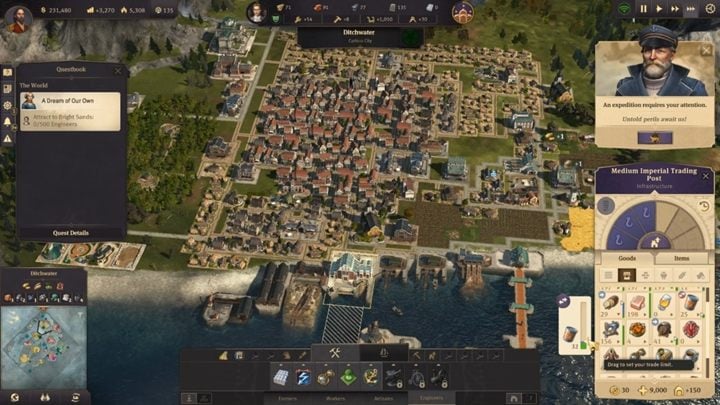 Rebuild and expand your town. Time to introduce electricity and enter the industrial era. There is a lot of work to do - Engineers require various objects and goods like glasses, electricity or coffee. Export resources from the New World and focus on developing your towns.