On this page of our guide to Animal Crossing New Horizons we have prepared a list of all sea creatures that you can catch in the game. 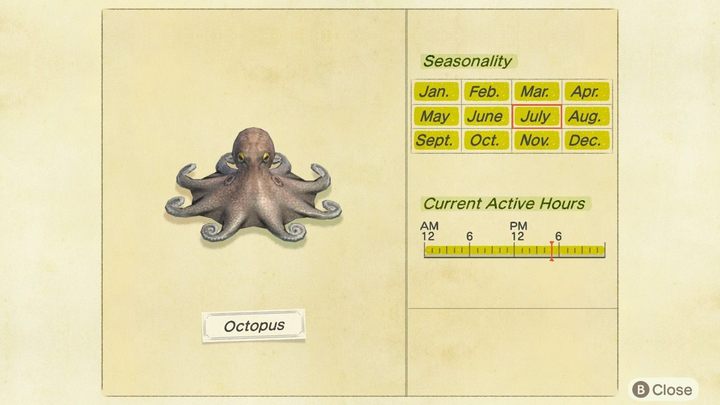 You can catch an octopus all year round.

After the summer update in Animal Crossing New Horizons a new feature has appeared in the game - the ability to dive in the water. As soon as our character wears a swimsuit (we have prepared more information about it here), you can jump into the sea. This is a good way not only to cool down, but also to catch sea creatures (as we have described it here).

Below you will find a list of all marine creatures that can be caught while diving in the sea. Similarly to insects or fish, some of them can only be encountered in certain months. Some sea creatures like daytime and others live at night. But all of them can be sold - and even with quite a reasonable profit.

Note - the following list concerns the northern hemisphere only.

List of creatures that you can catch in the sea