On this page of our guide to Animal Crossing New Horizons, we describe Tom Nook, the likable raccoon and head of Nook Inc. 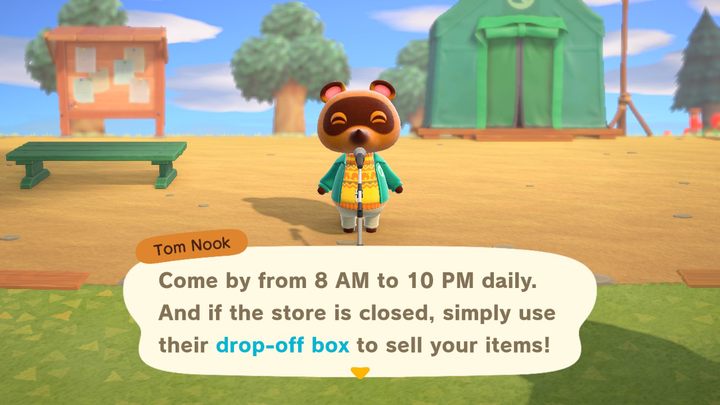 Tom, the lovable raccoon, is the most important character in the entire Animal Crossing series. He appeared in the first installment of the series. In New Horizons, he serves as the head of Nook Inc. which is the development company on behalf of which you develop your island. If you don't know what you need to do to develop the island, ask Tom - he will help you.

Tom is in Resident Services, the building located on the main square (it is just a tent at first, but later it will become a regular building).

The question should be what Tom Nook can't do. He is the most important character on the island - he gives us new tasks that move the plot forward, he can help us with the house expansion or customize the appearance of our home.