This page of the guide to Animal Crossing New Horizons describes Flick, an insect fan. 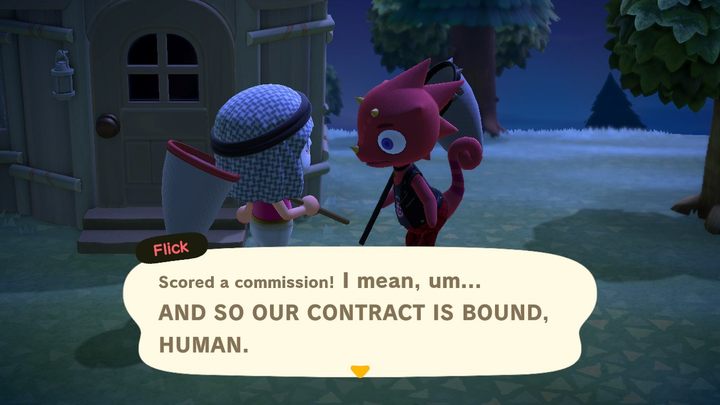 Flick is C.J.'s friend and roommate. However, while the latter specializes in fish, Flick is a big fan of insects. This chameleon visits the island from time to time, and also organizes Bug Off - insect-catching tournaments (read this to learn how to successfully catch insects).

When does he show up?

Flick appears on random days and during Bug Off tournaments.

If Flick appeared without any particular reason, he will be hanging around the island. But if he is hosting a tournament, you will meet him on the main square.

Every time Flick visits your island, you get a chance to earn more from catching insects. This character can buy insects from you for 150% of their price.

In addition, Flick will make you models of insects - as long as you provide him with three copies of the same specimen. You will get the model in the mail the next day.