This page of the guide to AC New Horizons describes the star of the world of Animal Crossing - K.K. Slider, a dog musician. 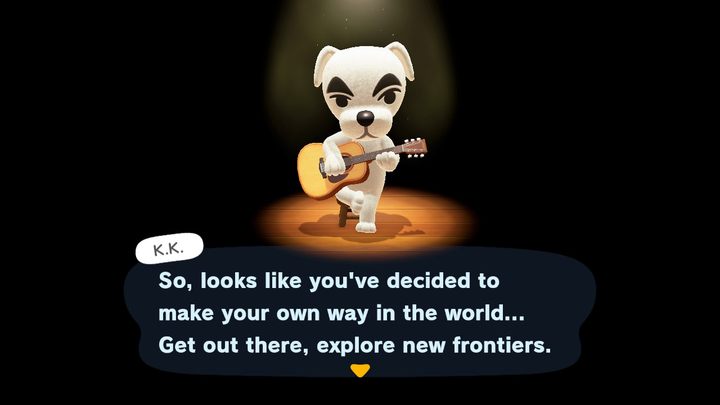 K.K. Slider is one of the major characters in the Animal Crossing series, and has accompanied the series since its beginning. In the world of AC, K.K. is an insanely popular musician whose songs you can hear during the game - and in the plot's finale, Slider will perform a special concert on your island (more on how to make this concert happen here).

To make K.K. begin visiting the island, you first have to make your island reach the third rating tier. This leads to the aforementioned final concert on the main square. Then the dog musician will come by every Saturday to show off his musical skills in the evenings.

When does he show up?

Once you meet the conditions (three stars and then the final concert), Slider will visit you every Saturday to give a concert in the evening.

K.K. Slider can be found on the main square. 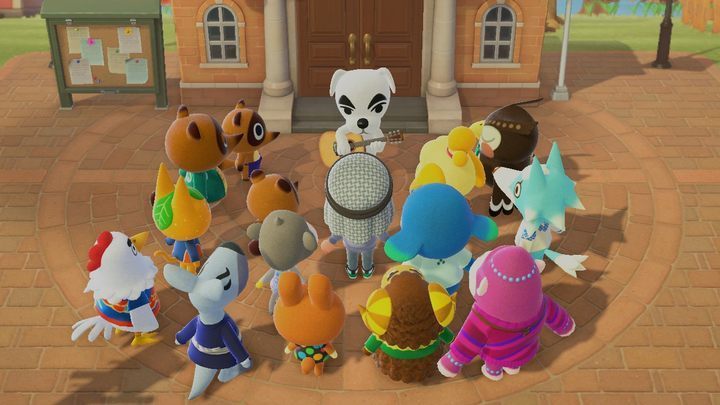 This is K.K. Slider's final concert.

You can ask K.K. Slider to perform a song. You will also receive a copy of the first song he played during this mini-concert.