This page of the Animal Crossing New Horizons guide explains how to play the game with a few people on one console - and what are the limitations. 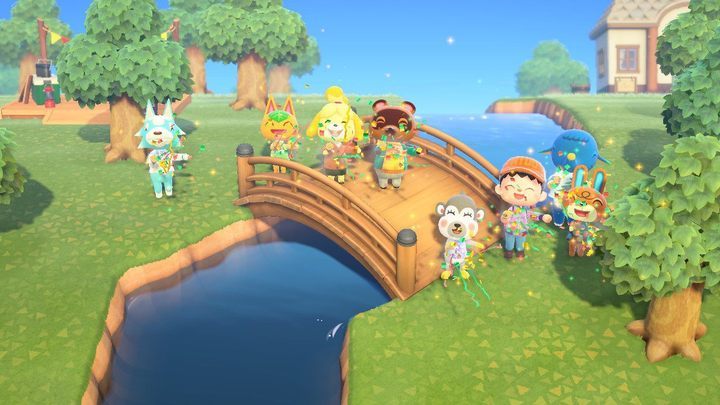 Several people can play the same copy of Animal Crossing on the same console. Unfortunately, this involves some strange restrictions imposed by the game's developers. The game also has a coop option. All of this is described below.

One console - one island

The biggest drawback of playing Animal Crossing together on one console is that all players live together on the same island. Yes, it is impossible to create separate islands for each player - they share the same space together, so the changes they make on it are seen by all players.

Importantly, the person who will be the first to play Animal Crossing New Horizons on a given console (name the island and then sleep on it) will also be the only one who can manage the island's development. This means that only this player will be able to build bridges or develop public buildings. Other people will have their own homes for which they have to pay debts (more about house development here). However, they won't be able to progress the plot.

Unfortunately, this solution leads to various consequences. So, if the first player (called Resident Representative) stops playing, then the progression for other people playing on the same Switch stops as well.

You can play Animal Crossing with friends or family - the game offers various forms of co-operation. Coop can be played in three different ways: