On this page of our guide to Animal Crossing New Horizons, you'll find out how to convince the K. K. Slider to perform a concert for you. 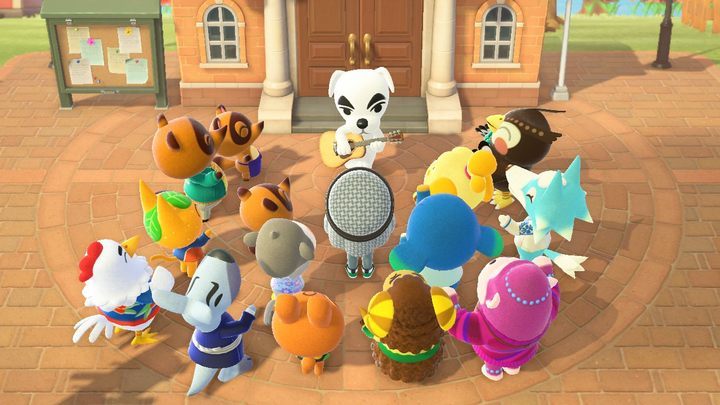 Animal Crossing New Horizons is a one of a kind game. First of all, you can play it endlessly - we wrote more about it here. This does not mean, that it doesn't have an ending. You'll see the closing credits right after you get to the K.K. Slider concert - then, of course, you can continue playing the game. You can catch new insects or craft new pieces of furniture.

How do you get to the concert?

In order to unlock the concert of K.K. Slider you have to perform and complete all Tom Nook requests (build a museum, bring more inhabitants to your island, build a bridge and so on), which will take you about two or three weeks. The final objective is to achieve the proper score rating of your island - in order to make K. K. Slider interested in your island you have to increase the overall rating score to at least 3 out of 5 stars. You can check the rating of the island at Isabelle, and we explain in detail how the rating system works on this page of our guide.

Interestingly, after K. K. Slider's final concert he will make regular appearances on the island, sitting in the main square and performing smaller gigs. Then you can sit down and listen to his guitar. 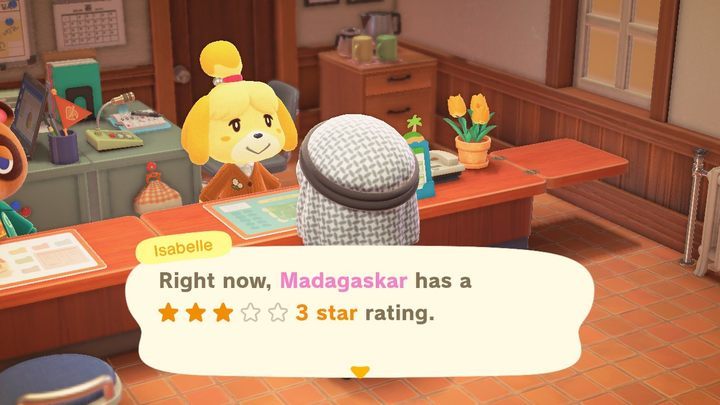 Check your island's rating by talking to Isabelle.

K. K. Slider, a dog musician, is a big star in the Animal Crossing world. He's a celebrity like Billie Eilish or Drake. Slider recordings can be bought in a Nook Stop - you can hang them on the walls of your homes because they are in the form of pictures.