On this page of our guide to New Horizons Animal Crossing, we suggest what are the best ways to catch insects. 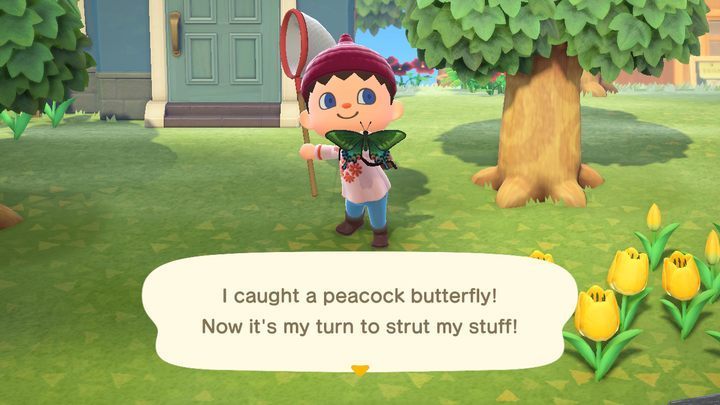 Insect catching is one of the activities during which you will spend most of your time in Animal Crossing, alongside fishing, which we wrote more about here. This way, you are not only completing the collection for the museum, but also making money for further development of your island. No wonder it's worth catching insects efficiently - so as not to waste too much time on it.

The advantage of catching insects, as opposed to fishing, is the full knowledge about the insects we currently hunt. We always know what kind of bug or butterfly we are trying to catch, so we won't waste a lot of time catching dozens of sea bass.

What insects are worth catching?

Catching insects takes our time. We not only have to catch them in a butterfly net, but from time to time we have to create new nets. Also, when our inventory gets out of space, then we have to visit a Nook store in order to sell all captured specimens. So it is worth to catch only those of them which have a reasonable value. Therefore, skip on moths or the cheapest butterflies, and focus on the most expensive ones.

How to check the price of insects? For example, in the chest in front of the Nook store - it gives you an amount 20% lower than the one available in the store, but it allows you to quickly learn about the prices and understand what is worth catching and what you is a waste of time. It is difficult to provide a meaningful list of specimens worth catching, because insects appear in the game seasonally - some we encounter only in spring and others only in the summer. So it's best to learn for yourself which ones are worth catching - we recommend tiger beetle, emperor butterfly (the blue one) or man-faced stink bug (worth only 1000 bells, but there are many of those in the game world).

Catching tarantulas, which are worth as much as 8000 bells, is extremely profitable. However, it is not that simple. We wrote more about how to catch these big spiders here. 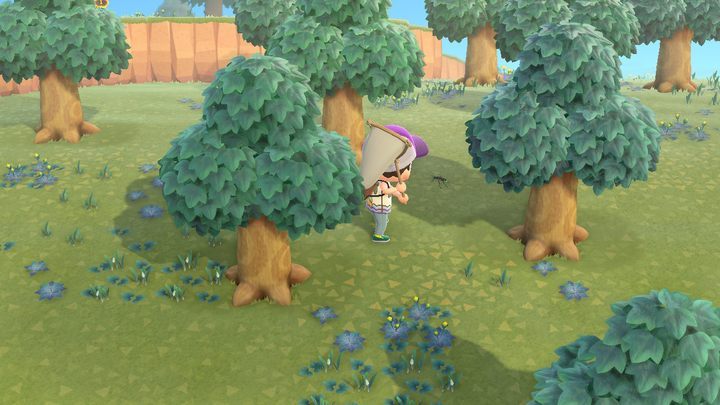 You have to sneak up on timid insects.

How to catch skittish insects?

Some of the insects you encounter in the game are afraid of human beings. If you get close to them, they'll just run away. You have to be careful and sneak up on them. How to do that? If your character has a butterfly net equipped, press the A button and hold it until you're close enough to catch a bug. During this time your hero will move very slowly. However, this way he will not scare away any insect. Then release the button - the net will fall on an unaware bug.

Unusual places where you may find insects

Some insects are cleverly hiding from us - you won't find them just wandering in the field.

You'll see ants when you put a rotten turnip on the ground. After a while, ants will start eating it, so you can easily catch one of them. Unfortunately, they are not worth much, so they are only suitable for a museum. 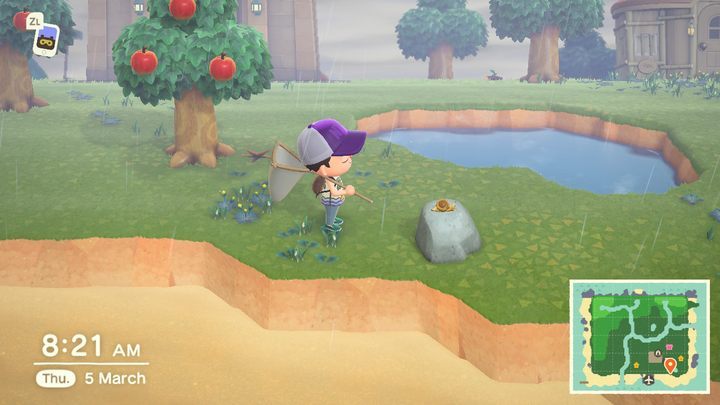 Some specimens can only be found when it rains.

There are various insects living in the trees - to scare them out you have to shake the tree trunk and then quickly use the butterfly net to catch a bug hanging from the tree crown.

Cephalopods like to hide under large stones - if you hit them with a shovel, you can scare them away.

Snails can only be found during rain - they sit on large stones, and since they are not fast, they are easy to catch.