On this page of the Among Us guide, you will learn how to call an emergency meeting, learn what it is about, and what to say to not be accused of being an impostor.

How do I call an emergency meeting? 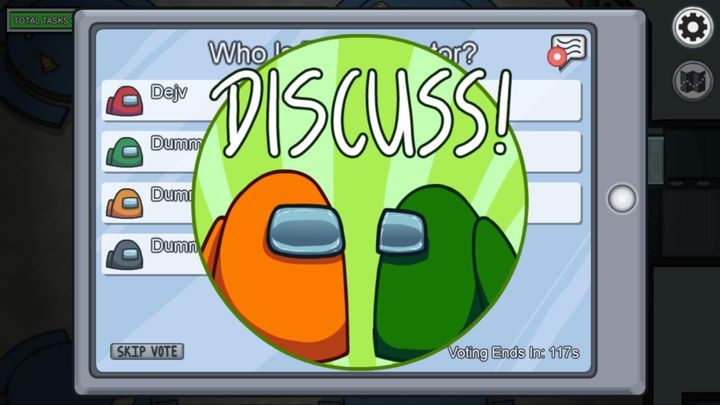 You can call an emergency meeting in two ways. The first is finding a dead body and reporting it through the Report button. The second option to call a meeting is using the red button, which is located in the Cafeteria. Depending on the server's settings, one player can use this button as many times as the server allows.

What is an emergency meeting? 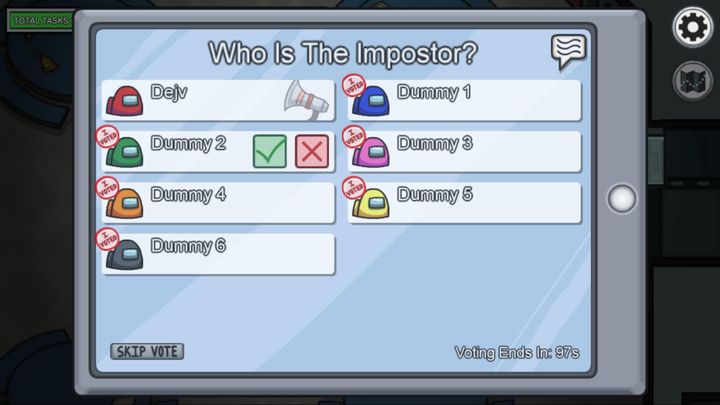 Emergency meeting is the gathering of all players in one place. At this point, players vote for the player they think is the impostor. There is an unwritten agreement that the person who reported the body or pressed the red button speaks first. This person has a megaphone on the right side. He tells his version of events, convincing others what really happened. Other players can either write in a chat or engage in a discussion through the Discord voice messaging service. Keep in mind that the meeting time is limited - you can view how much time is left through the timer that appears in the bottom right corner. When the discussion is over and you want to vote for a particular player, click on their nickname, and approve the choice by clicking on the green box. You can also press Skip Vote to skip the vote.

Discussion - what to do?

The truth is, there's no golden rule that keeps you from getting kicked out. Whether you're good at lying or stick to telling the truth and only the truth, if other players don't like your version of events, or think your statements don't make sense, they're most likely to vote for you. However, there are some tips that will make it much easier to convince others that you are not the bad guy (even if you are).