This page of the Amnesia Rebirth guide provides a walkthrough of The Alchemist's Chambers chapter. The following walkthrough explains how to unlock passages in an alternate dimension with the help of the pyramids as well as how to complete the puzzle with the orb, the large console and the teleporter.

There are 8 secrets in The Alchemist's Chambers: 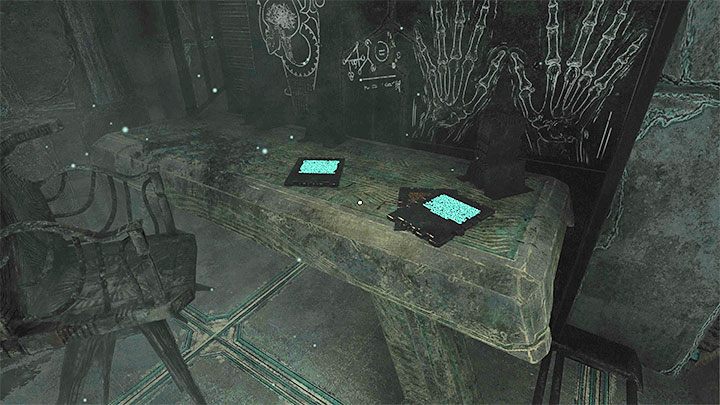 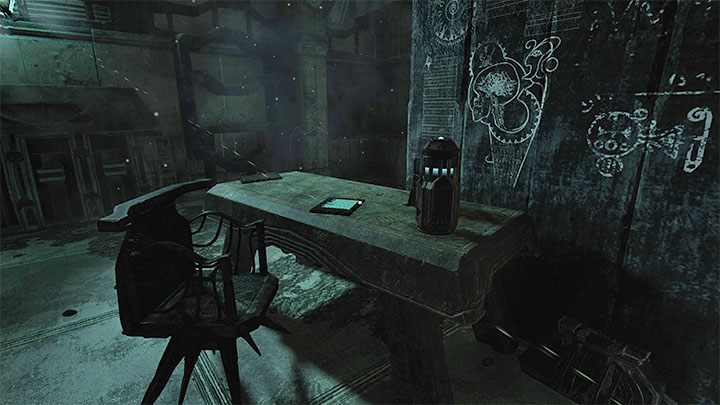 In the next room, there are two new collectibles: 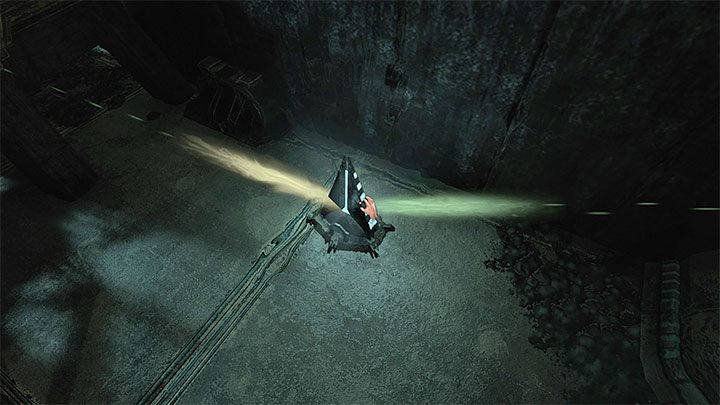 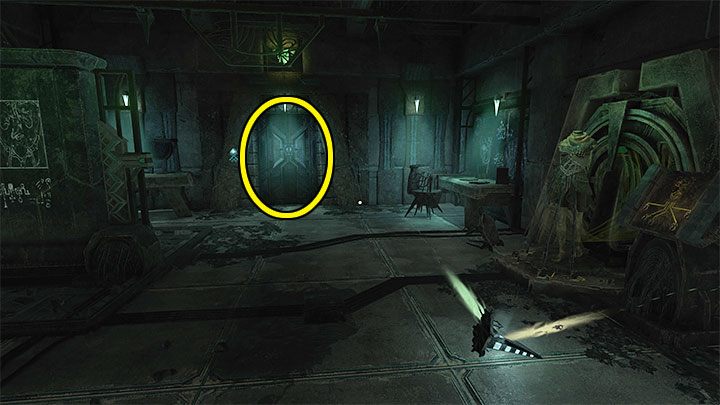 There is a pyramid-shaped object on the ground, which is used to open passages. Take it and go to the previous room and stand in a spot that will enable you to unlock the side door shown in the picture. The yellow and green energy streams must radiate from the side of the pyramid. Put the pyramid on the ground and use the new passage (the button next to the door).

Puzzle with the orb and the teleporter 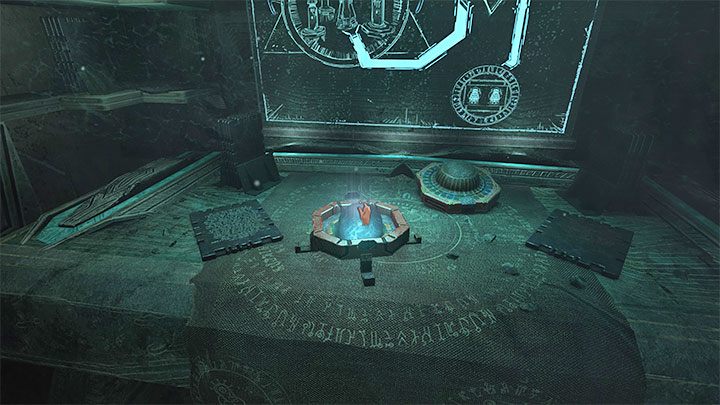 You will reach a room with a console and a few strange constructions, where you will have to solve the teleporter puzzle. The purpose will be to teleport the pyramid to the adjacent room.

First, go to the room on the right. Have a look at the table shown in the picture above. You can: 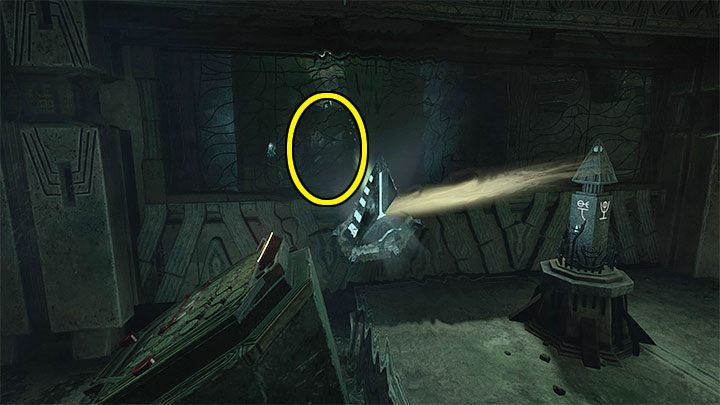 Find a new pyramid in the same room and take it to the room with the console. Just like before, you need to stand in a spot where you will see two streams of energy (see the picture above). The idea is to unlock the possibility of opening the side door. Approach them and press the button. 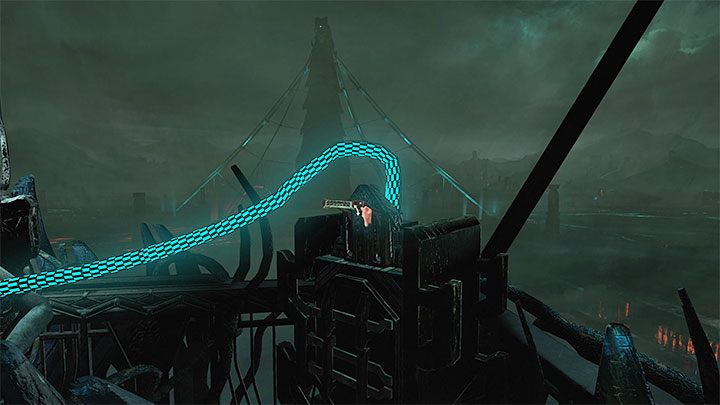 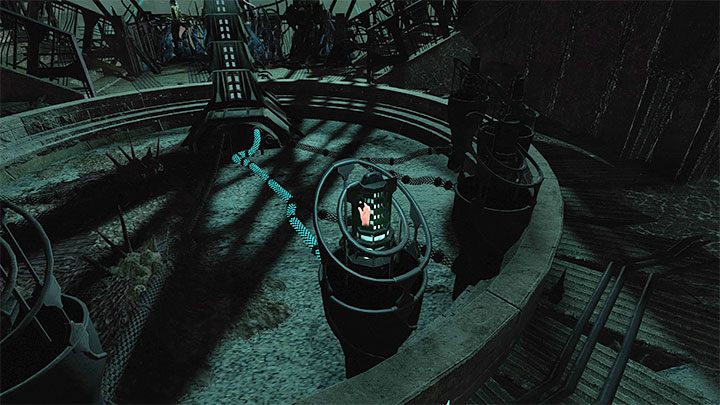 The side passage will allow you to reach a new area in the open air. There are two quest items here: Leyden Jars.

Blue connections lead to both items, which makes them easier to find. 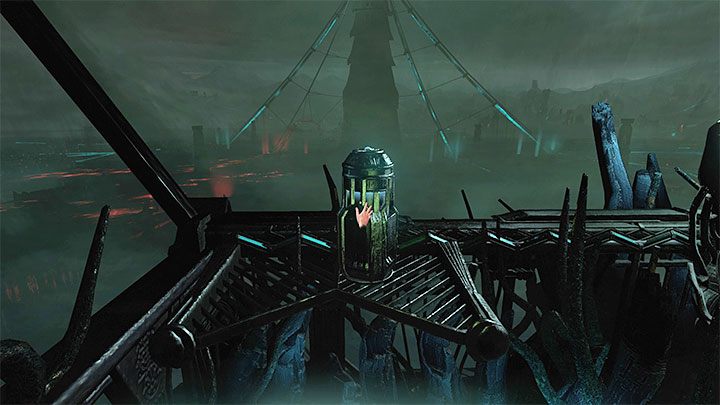 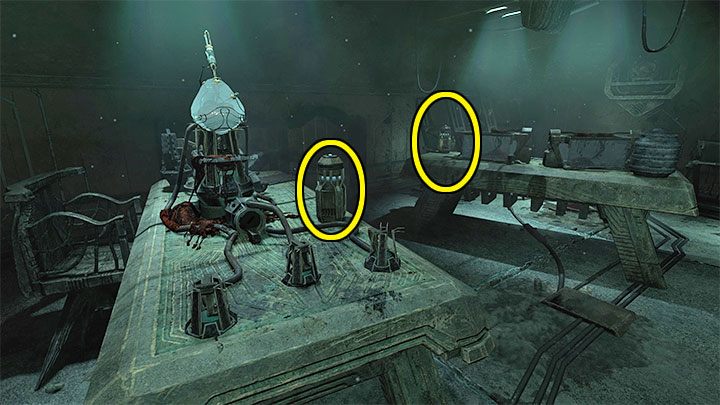 In the same location, you can find 3 new secrets: 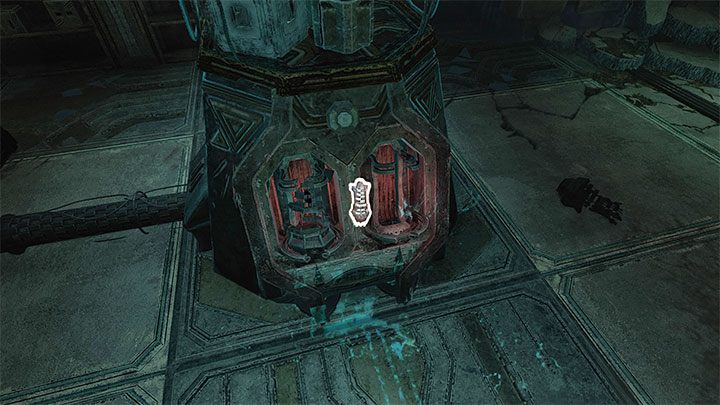 Go back to the main room to solve the puzzle. Choose Leyden Jars from the inventory and place them in the slots shown in the picture. One of the jars contains remains of the previous jar and you will have to pull it out first. Following these steps will restore power to the teleporter. 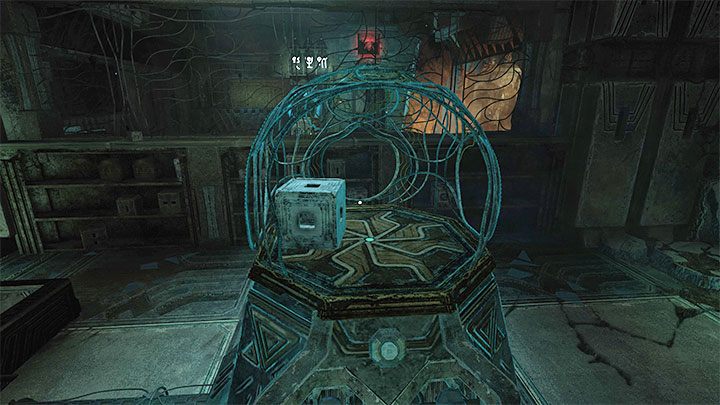 Have a look at the dome above the power source. By default, there are several cubes in it. Take out all but one. 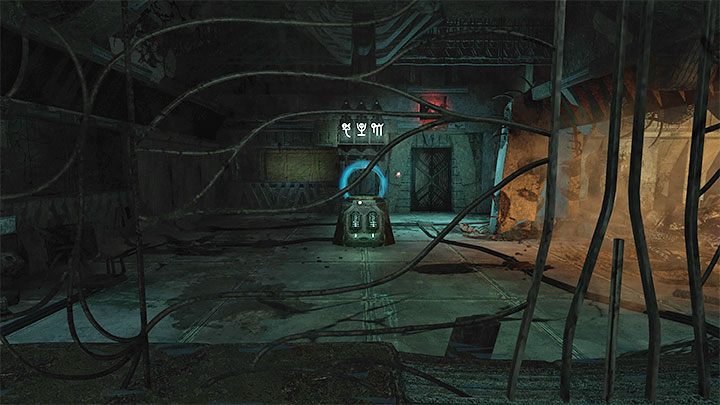 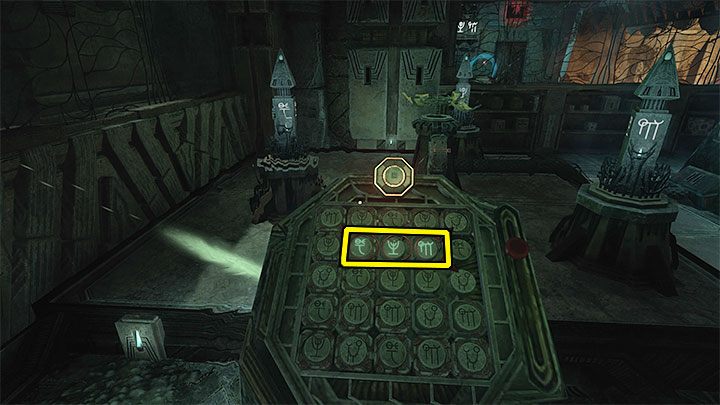 You must now use the main console properly. In the adjacent room, you can see three symbols as in picture 1.

After reaching the console, use the side sliders to select identical symbols. They are in the second row marked in picture 2. 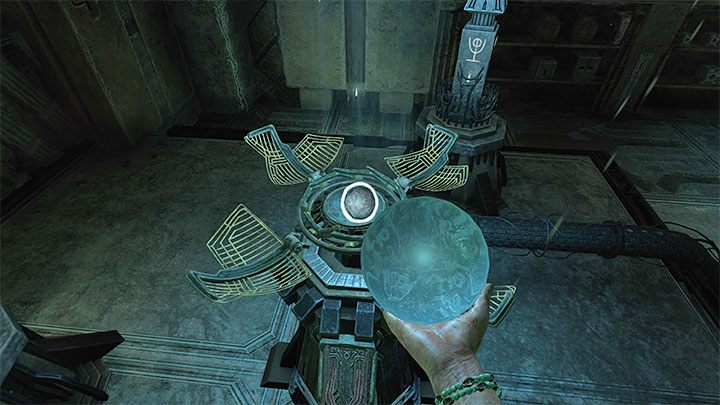 Press the top button and the whole structure should light up. Approach the mechanism shown in the picture above and place the Orb inside it. 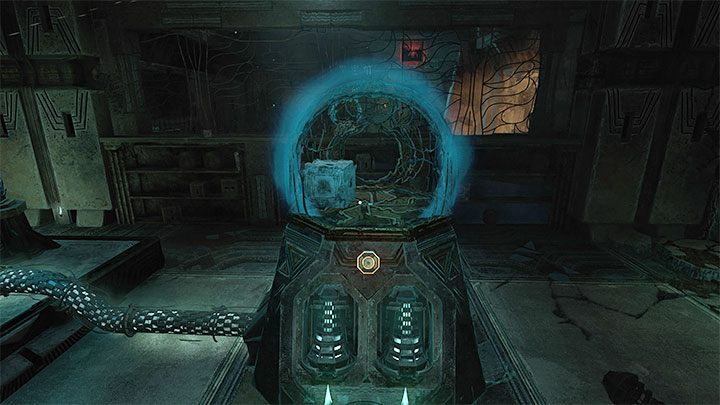 The teleporter is now operational. You can approach the device on the right and press the button to teleport individual objects to the other side. Start by teleporting a few cubes this way - the ones that were initially lying here and a few from the adjacent shelves. This will earn you the Translocator hidden achievement. 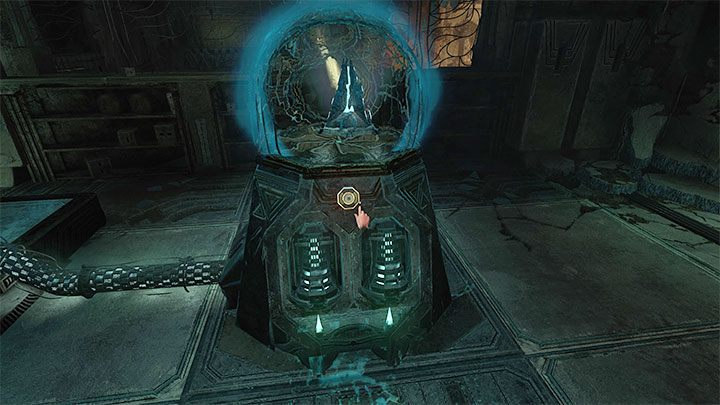 Finally, place the pyramid in the teleporter (the same one you used earlier to unlock the side passage).

After the pyramid is teleported, return to the dome with the Orb to take it out of it. 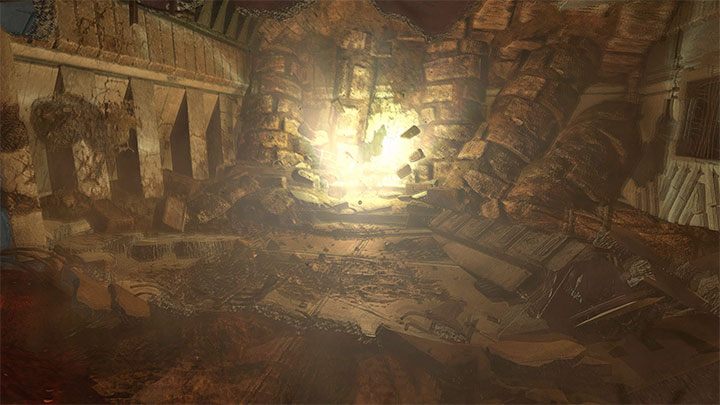 Leave the room and choose the side corridor. It should turn red to indicate an alarm. Run towards the portal. After approaching it, select the amulet from the inventory to activate the portal and go to the other side. 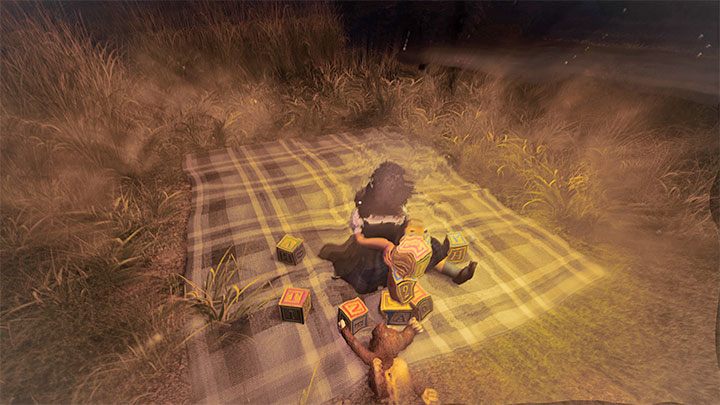 A new, very short chapter Park will start. Its structure resembles the mini-chapter Paris from the earlier stage of the game. You have to follow a linear path through the park to the place where a baby is playing on the blanket.

Watch a cutscene with a huge fetus, after which the game will automatically load the next chapter.