This page of the Amnesia Rebirth guide provides a walkthrough of The Oasis chapter. Here you'll learn what you can discover in the oasis and how to travel through the desert towards the smoke visible on the horizon.

In The Oasis stage you can find 5 secrets:

The locations where you can obtain collectibles have been included in the walkthrough below. You can also find other interactive items, but they don't necessarily have to be used.

Reaching the oasis and exploring it 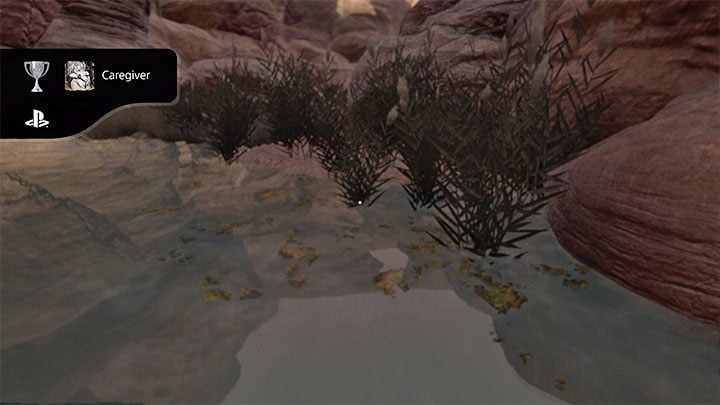 At the very beginning of this chapter, the protagonist will want to touch her belly to check on the fetus and "talk" to it. If you decide to do this, you will unlock the Caregiver achievement.

Keep going along the small stream that will lead you to the oasis. 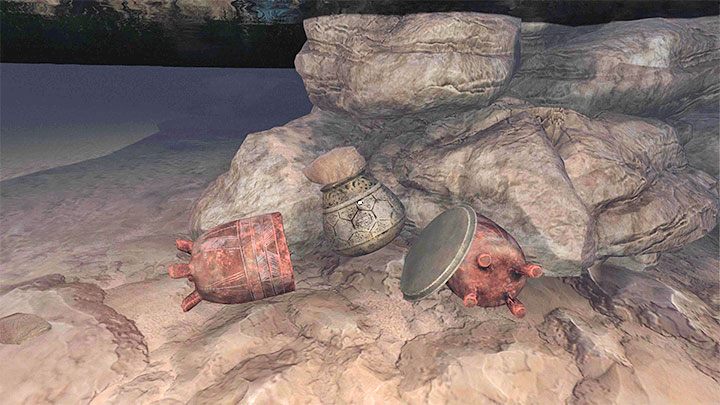 Enter the small reservoir and reach its central part. You can crouch and dive by one of the boulders. You will notice jugs lying on the bottom, in which the kerosene for the lamp is hidden. Collecting at least one such item is rewarded with the hidden Trawler trophy. 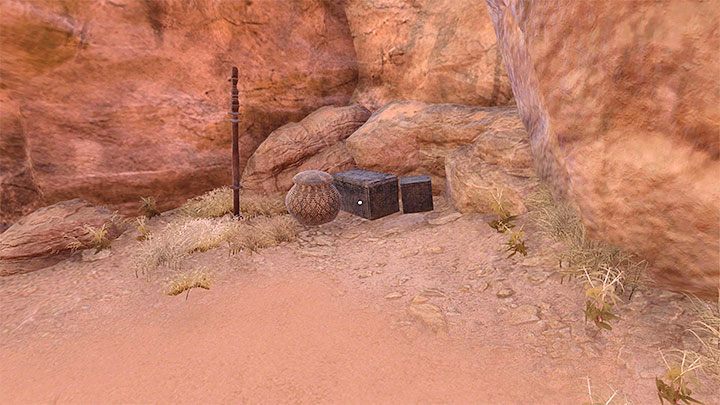 Now have a look at the area to the right of the main part of the oasis. By the rocks, you can find a few containers shown in the picture. Inside, you will find matches and a secret - Hank's Notes: Alex Sterling. 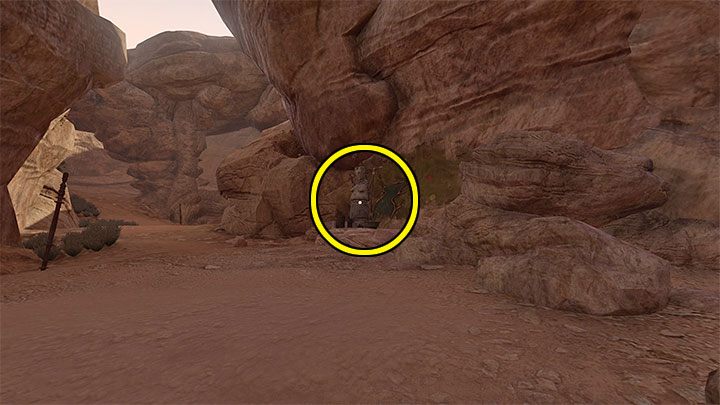 Keep traveling close to the rocks on the right. They will lead you to the altar shown in the picture, next to which a flashback will start. At the base of the statue, there is a collectible - The Oasis: Note from Tasi. 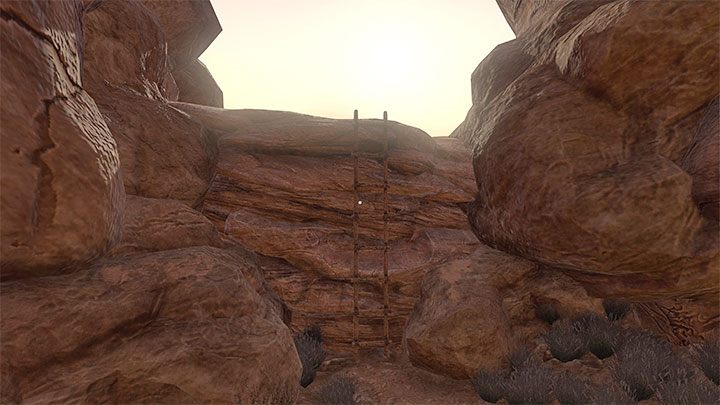 After you start moving away from the oasis, the doctor will contact you and you will be given the task of following the smoke that will lead you to the village.

Ultimately, you have to reach the ladder and using it will mark the start of your march through the desert.

Crossing the desert and following the smoke 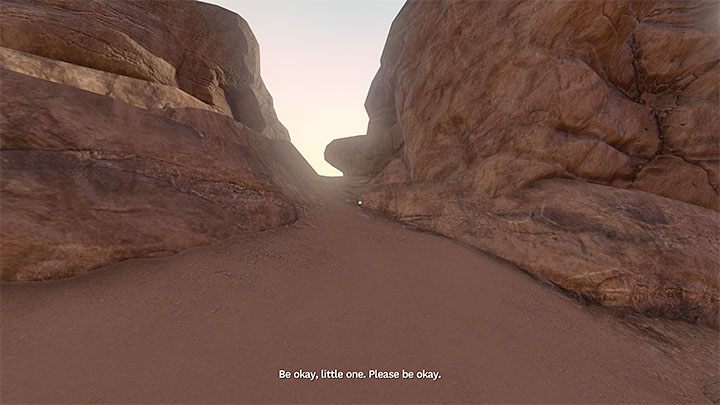 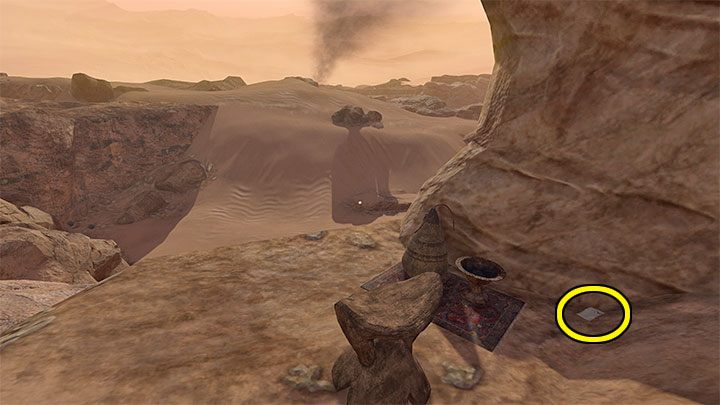 When traveling through the desert, you will reach large rocks and there will be two paths here - left and right. Take the right path, but keep an eye on its left side: there will be a path leading to the hill shown in picture 1.

At the top of the rocks, there is the camp shown in picture 2, in which you can pick up a new secret - Hank's Notes: Richard Fairchild. 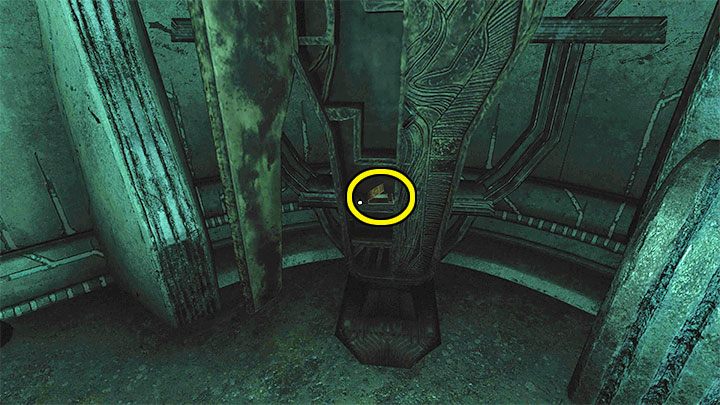 Get down the hill and move forward. Soon you will reach strange objects and the protagonist will fall into quicksand. You don't need to fear her death, because it is a planned event that will take you to an alternate dimension.

In the new location, open two doors (there's a button by the second door). Find the matches from the picture above. Reach the last gate. Interacting with it will trigger the next level.