Make a few steps forward and watch a new cut-scene. This is going to be a quite challenging level, because you'll have to race against the clock. Your first task will be to get to a new car. Thankfully, you can see its location on your minimap. Proceed north and enter the vehicle (screen). You won't have to worry about your companion, because he'll find his own way inside. 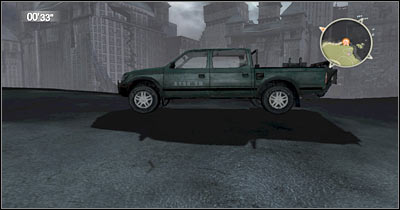 This is going to be the final third chase sequence of the game. Thankfully, it's going to be much easier than the last one, because you won't have to worry about the flying monsters and you'll be free to choose the path to the museum. Don't worry about the time limit too much, because you will have plenty of time to get to your destination. You'll start the game in the northern part of the map (1) and you'll have to get to the museum (2) which you've visited before. 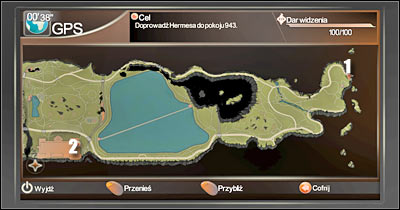 The first part of the chase is by far the easiest one. All you have to do is to stay on the main road (screen). I would recommend choosing the side roads, because you would have some problems maintaining maximum speed. Avoid larger obstacles and don't worry about the original time limit, because you'll get to a lot of checkpoints along the way. 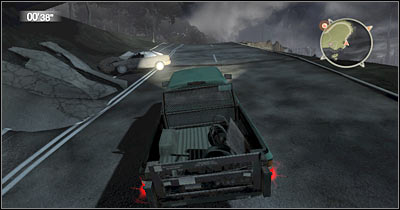 You will have to leave the main road in about one minute (screen). It shouldn't be a problem, however watch out for the trees. Hitting these object is not equal to failure, however you would still lose a lot of time trying to get back on the road. 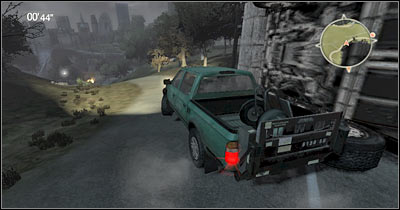 The second part of the chase will present you with new obstacles. Roots of evil will start coming out of the ground (screen) and you usually won't have much time to dodge them. I would recommend slowing down a lot, especially if you're on a tricky part of the road. You must also avoid wrecked cars, however this is a smaller problem. Focus mostly on staying away from the roots. 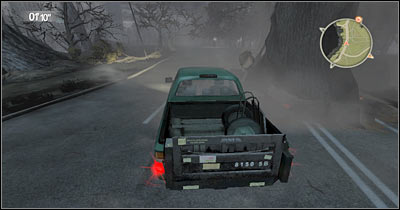 You will have to leave the main road for a longer period of time at least once (screen). It's up to you whether you want to keep using the side roads or maybe you prefer going back to the main road as soon as possible. 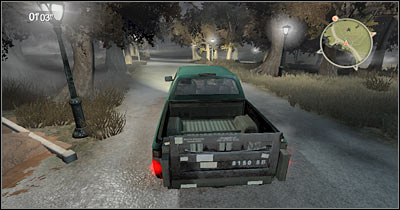 Keep heading towards your current destination and focus on avoiding the roots, especially since you'll be dealing with a lot of them. The final blockade will appear near the finish line (screen). Thankfully, you will have to leave the road only for a second or two. 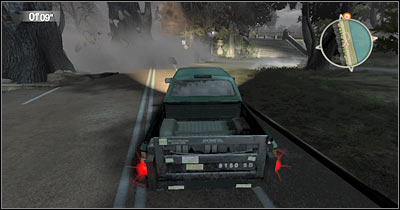 The final part of this chase will require you to perform a successful jump (screen), so it's very important that you're driving in a straight line and that you maintain maximum speed. Notice that the mission hasn't ended. Drive to the underground parking lot and head on to the lower level. 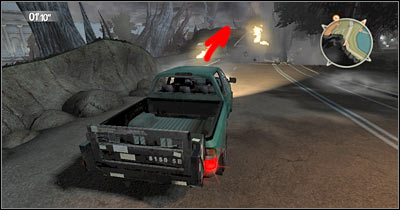 Once you're inside a much larger room, exit the car quickly and start running towards a large gate with 943 inscribed on it. Choose a pistol from your inventory and use it to destroy a small padlock (screen). The gate should raise itself and you won't have to worry about the time limit anymore. It's time for the grand finale! SAVE your game! 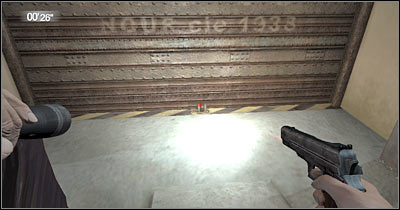