You'll start the game in an awkward position. You'll holding a rope and you can see the helicopter above you. Start climbing towards it. Thankfully, you won't have to worry about the helicopter losing its balance. Instead, you'll have to focus on avoiding smaller objects (screen), so you won't receive any injuries and your character won't release the rope. 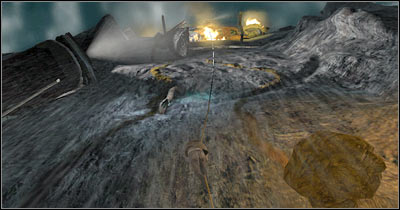 You'll have to be ready to deal with some additional difficulties. Notice the flames (screen). You'll have to avoid getting close to the fire. Also, you'll have to avoid a much larger object. You wouldn't be able to use the side movement keys, so you'll have to press the jump key at the last second. Thankfully, even if you're hit, you'll still be allowed to save yourself by hitting the action key a few times. 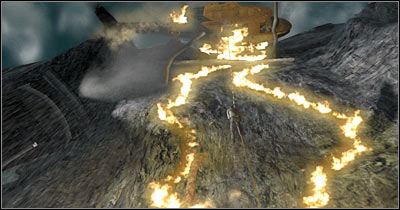 Eventually you should be able to get closer to the helicopter. Notice that the camera has changed its position and now you can see a carriage to your left. Start swinging on the rope and jump towards the carriage (screen). It shouldn't be too difficult. 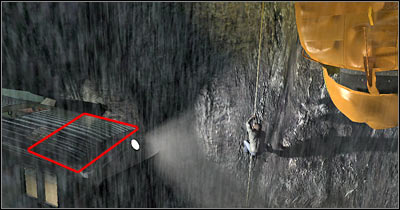 Make a few steps forward and head down the hole to find yourself inside the carriage. Read a new text message from Sarah. Move back a little and pick up ammunition. Now you must start moving forward. The carriage will change its position to vertical. Sadly, it's going to make your progress more difficult. 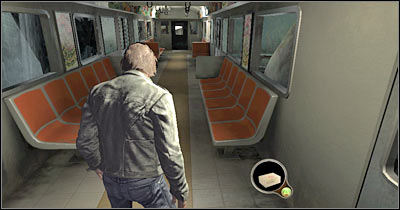 You should be able to find a rope here and obviously you will have to grab onto it. Press the 2 key at the same time to choose a pistol from your inventory. There are some new bugs above you (screen) and it's very important that you kill them as soon as possible. Keep heading upwards and use the gun whenever you see more bugs heading your way. Prevent them from attacking you, because you would have to start all over again. 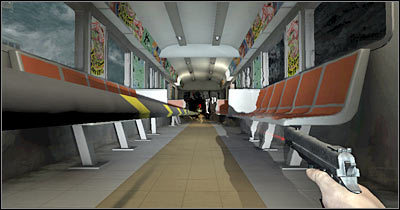 The carriage will separate itself from the main structure in a few seconds, however it won't be a problem, because you won't encounter any additional monsters. Keep heading upwards until you're close enough to a new carriage (screen). Get inside and proceed to the left exit. 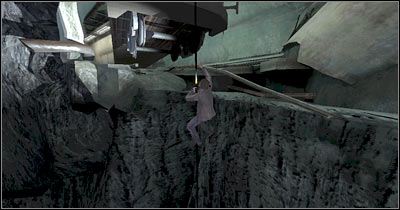