I guess you won't be surprised to hear that you'll have to defeat your second boss here (screen). This one is large, however killing him is going to be fairly easy. Don't even think about using only gun to defeat this creature. You will have to find another way to kill the demon. Start off by leaving his line of sight, so you won't end up getting injured by his attacks. He will be throwing projectiles at you. Try avoiding as many of them as possible. Take cover behind the pillars, however you can't stay there forever. Sooner or later you'll have to fight. 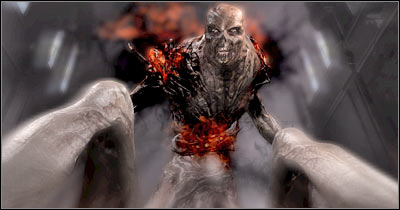 Your top priority here will be to get to one of the corners of the room, because you'll be able to find explosive bottles there (screen). Drop your medical sprays and fill your pockets with the bottles. Also, make sure that you have created a shortcut (hotkey) which allows you to hold a bottle and a pistol in your hands at the same time. 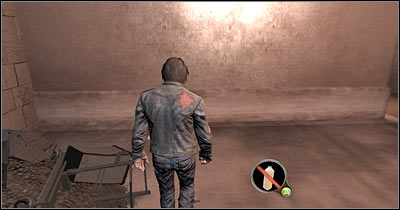 The rest should be fairly obvious to you. Start off by leaning out for a short period of time. It would be a good idea to hide near the boss, so it won't take for the bottle too long to get to him. Use the pistol at the last second (screen) and prevent the demon from hitting you with the projectiles. An explosion will wound the creature. 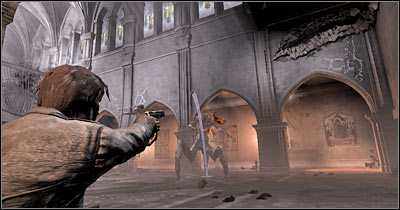 Once you've ran out of explosive bottles, try running towards a different corner of the room. Keep using the bottles to wound the boss. Also, don't forget that you can heal yourself by using medical sprays (screen). I would recommend healing the legs in the first place, because if you're injured, you may have some problems running. 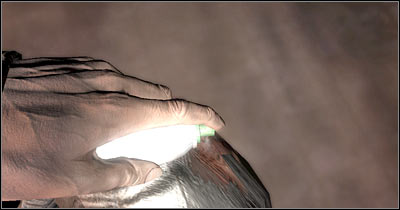 After one or two attacks you'll notice that the demon begins to gather energy around himself. This means you'll have to find cover QUICKLY. Take cover behind one of the pillars, because that's where you'll find special markings on the ground (screen). Wait for this attack to end. 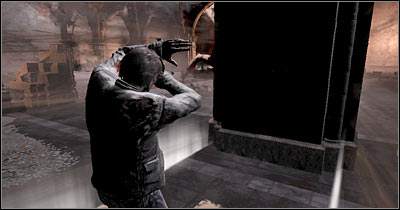 You'll probably have to perform at least four successful attacks to win this battle. Remember to wait for the last second to blow up the bottle, because it'll result in adding more injuries. Once you've won (screen), you will be rewarded with a new cut-scene during which Sarah will rejoin with Edward. 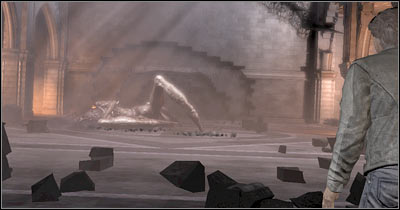