Despite what you might think, you won't encounter any boss creatures here. Start off by picking up an axe which can be found in front of you. Approach the cocoon and use the axe to free Sarah. You will have to aim for the lower parts of the cocoon to succeed. It shouldn't be a problem, especially since you can't kill Sarah by mistake. Watch a short cut-scene. 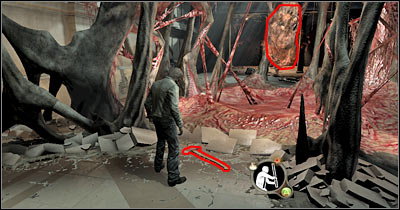 Now you'll have to revive your injured friend. This is going to be a rather challenging mini-game. The first part of the mini-game will require you to push BOTH mouse buttons at the appropriate moment (screen). Ignore the mouse icon and focus on the main bar. Otherwise you'd have some problems finding a correct rhythm. You will have to perform this action eight times in a row without making any mistakes. If you do, you'll have to repeat everything from the start and you can't do this forever, because eventually you would have been caught by the winged creatures. 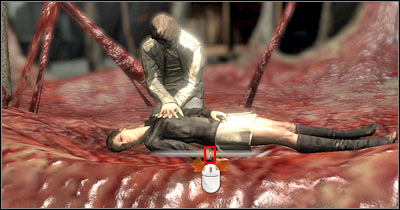 The second part of the mini-game is much easier. All you have to do is to press and HOLD the left mouse button. You must perform both of these activities twice before succeeding. Obviously you will be rewarded with a new cut-scene. 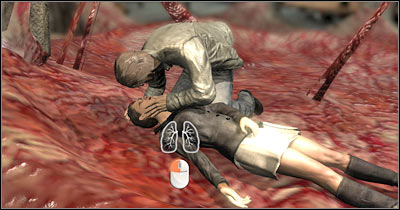 Once you've regained full control over Edward, you will find yourself standing inside a small room. I would recommend that you ignore your surroundings for the time being, because bugs are heading your way. Your first task will be to take a small cylinder (screen). Once this is done, switch to FPP view. 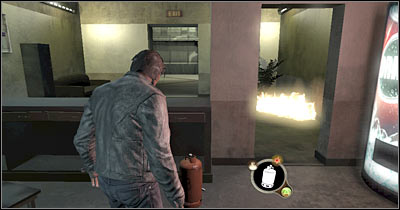 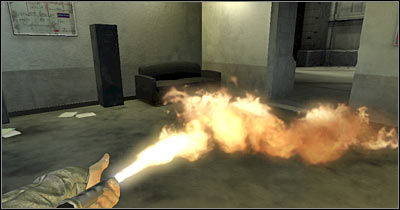 You may finally exit this room. Go back to where you've found Sarah during the previous mission. You'll encounter more bugs along the way, however you should focus on destroying two nests in the first place (screen). Watch a short cut-scene and keep attacking the bugs. You will have to secure this entire ground floor before moving on. Thankfully, you won't have to worry about more bugs attacking you. Go back to the start area and drop the cylinder. 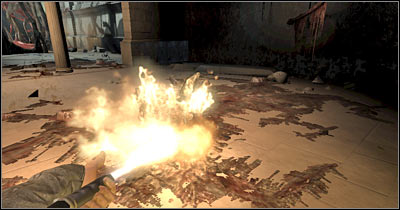 Use the fact that you have some time to explore your surroundings. There are a lot of shelves and lockers here. You can also take a look at what's inside the fridge (screen). Take whatever you might find useful. Don't forget to go to a medical station. Take at least one healing spray. I would recommend having two sprays all the time. As for other two slots, it would be a good idea to fill them with explosive bottles. Also, don't forget to gain possession over new bandages. 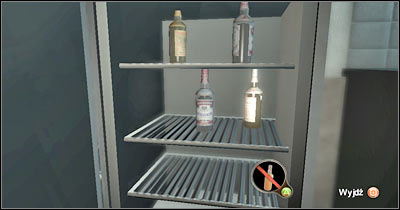 Go back to the area shown on the cut-scene. You'll notice a rope here. Use the pistol to destroy two hooks (screen) and the rope should fall down. Approach the rope, however kill all the bugs before using it. Start climbing towards an upper balcony.

You should notice that a new nest is located to your left. Thankfully, you won't see any bugs coming out of it. Nevertheless, you may decide to destroy it. Proceed to your right. Use an explosive bottle to clear out this passageway (screen). Keep heading forward. 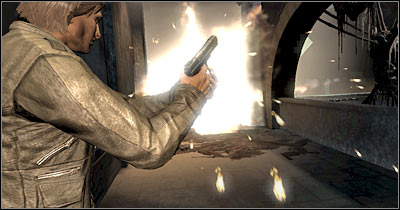 You should be able to reach the stairs very soon. Head on to a lower level. Notice that two large creatures are blocking your path. I would recommend using a spray and a lighter to get rid of them (screen), however you can also throw an explosive bottle at those things. Destroy or move a small object in order to clear the lasers and you'll unlock the main gate. Go back to the start area before moving on to an unexplored section of the museum. 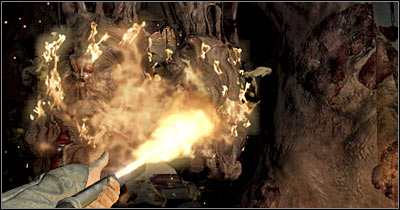 Once again, you should spend some time here, because it would be a good idea to rearm yourself before going to the next area. Remember that you won't be allowed to return here. Take at least two explosive bottles. It would also be a good idea to create at least one Molotov cocktail. You will have to find handkerchief to create such an invention. Once you've acquired the cocktail, have it in pair with the lighter. Issuing a hotkey for this combination is a good idea. Start moving towards an unexplored passageway (screen). 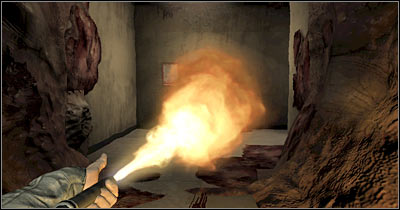