Notice that a new location has been added to your personal map. Make sure that you've left the sewers safely. Once you've reached the surface, draw your weapon, because you are going to be surrounded by monsters almost right away. Your top priority at the moment is to reach the ambulance (2 on the map). 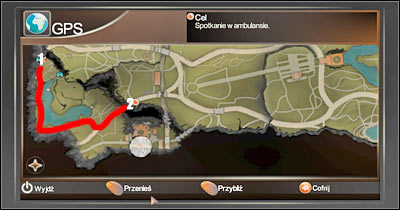 You won't have to fight with any of the monsters. I wouldn't recommend engaging in any duels, because more demons would eventually get here. Also, you shouldn't try hiding inside some of the nearby cars, because the monsters would pull you off. Start off by running south. You should be able to reach the stairs in a short while (screen). Try staying on main paths, so you won't have to look at your map all the time. 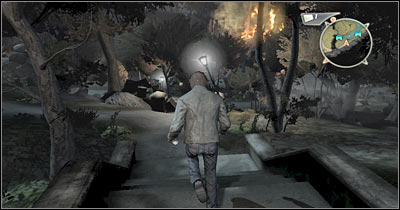 You've got two choices here - you can continue moving south or you can proceed to the east. You would find a few items here, as well as a golf cart (screen). Sadly, you would also have to kill a few bugs. Try using the golf cart as a vehicle. Keep heading south. 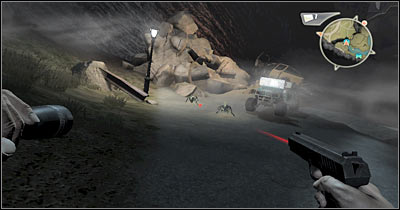 You should be able to get to a new area very soon. As you've probably noticed, a car has been parked here (screen). You could try using it right away, however you'll probably want to destroy the nest in the first place. Obviously you will also have to get rid of all the bugs. As for the car, make sure to check the side compartment. You would find a knife there, among other things. You should also know that the keys to the car are already in the ignition. 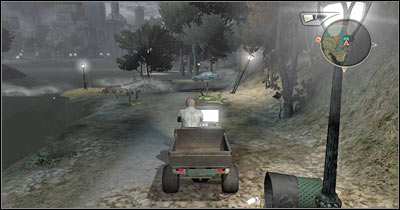 Keep heading south. You should stay close to a large reservoir, so you won't get lost. You are going to be attacked by a much stronger creature in a short while (screen). The biggest problem is that these monsters are capable of jumping over to the rood of your car. You'll have to be moving really fast to prevent them from doing that, so it's best to avoid them. If you can't, try hitting something and they'll fall off. 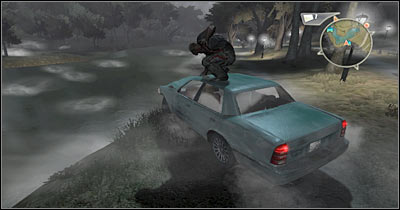 You will come across at least two other vehicles along the way and it's always a good idea to examine them. Obviously this is all optional. You can try focusing only on reaching your destination. The game should create a checkpoint (screen) once you're close enough to the ambulance. 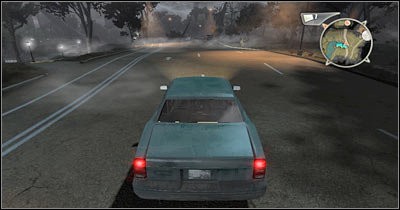 You will be allowed to decide whether you want to move on or maybe you want to destroy some roots of evil. If you plan on spending more time in the park, check Optional: Roots of Evil - Part 1 section for more clues. Either way, you will have to deal with two new monsters here (screen). I would recommend leaving your car and using a spray and a lighter to get rid of them. 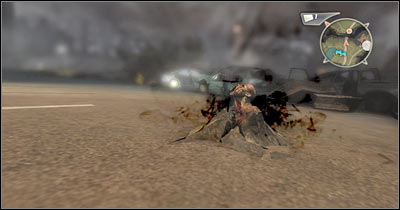 Make sure you've dealt with all nearby monsters. Once this is done, focus on clearing out the bridge. You will have to push the blue car which is in the middle of the roadblock. There's also a second car near the cliff (screen). Push it gently, so you won't have to worry about crashing into it later on. Start backing up. 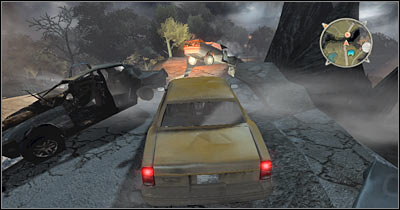 You must be travelling at maximum speed here for obvious reasons. Also, try maintain a straight line, so you'll avoid hitting smaller objects along the way. As long as you don't make any mistakes, you shouldn't have any problems reaching a new area of the map (screen). Wait for a cut-scene to be displayed on your screen. This is the end of the third chapter. 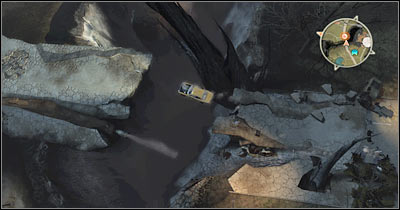