Sarah will notice that one of your wounds looks really bad. As a result, you will be given seven minutes to patch yourself up. This will also occur later during the course of the game, however this time you will have to focus on finding the bandages, because it's the only way to survive. Thankfully, even if you'll be moving slowly, you should be able to end this level in 4-5 minutes, so you'll have plenty of time to look around. Start off by moving forward. Head over to a large tunnel (screen). Sadly, the opposite exit is going to be blocked by a bus. 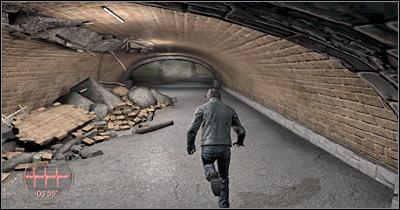 Go back to the start area and wait for the camera to change its position. Sarah will notice that an ambulance has appeared near the bridge. She will also ask you to help her. You can find her in the middle of the screen. Approach Sarah and press the action key. This will allow her to pull herself up. Listen to a short dialog. 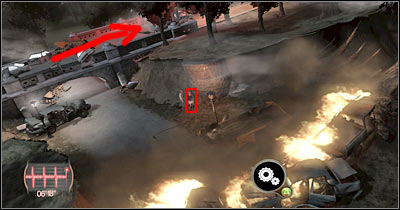 You should be able to hear a sound of a cell phone ringing. Approach the body of a dead man who committed suicide earlier on (screen). Check this area for the cell phone and pick it up. You will be rewarded with a new cut-scene. Edward will have a chance to talk to Crowley. 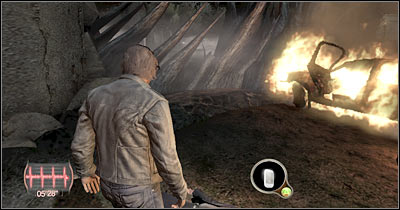 Notice that you've been awarded with some new functionalities. A map has appeared in the upper right corner of your screen. Also, you can access the menu of your new cell phone by pressing the T key (screen). I would recommend that you spend some time to familiarize yourself with it, especially since the time limiter will be stopped. 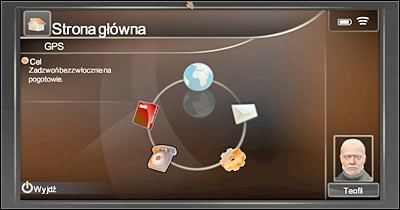 You can choose between five main options. GPS is the most important function of the phone. You can use it to find out where you are and where you need to go. It's not that important at the moment, however it's going to get more interesting later on. Check the messages window and some of the remaining menus. As for your main task, click on the phone icon and wait for a new screen to be displayed. Click on 9, 1 and 1. After that, click on the green phone icon (screen). Listen to a short conversation. You will be instructed to look for a medical kit in a public toilet. 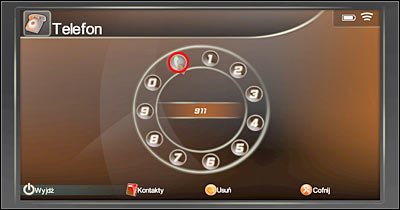 You can check the main map of the area if you want to, however it's optional, mostly because you'll find the public toilet nearby. Start moving forward, however turn left when you have the chance. Get closer to burning vehicles and you'll be rewarded with a new cut-scene. You'll be dealing with flying monsters from now on. I would recommend that you ignore them here by staying away from them. An explosion will open a passageway for you (screen). 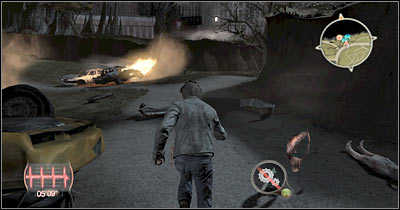 The public toilet can be found on top of a small hill (screen). Obviously that's where you'll have to go right now. Don't stop at nothing and stay away from the fire to avoid unwanted injuries. You could search some of the nearby cars, however it won't be necessary. The most important thing is that you reach your final destination. 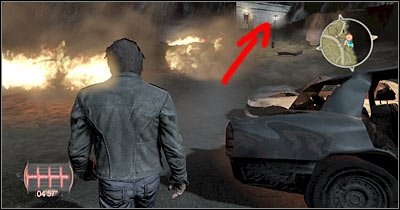 Enter the public toilet and proceed to your right without any hesitation. Ignore the fact that winged creatures have gathered near the windows, because they won't get inside. There's a small room here and you must enter it. Find the medical kit (screen) and press the action key to look what's inside. 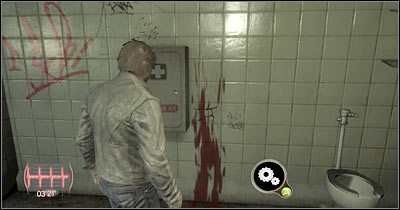 Open the medical locker. It's extremely important that you pick up bandages. If you don't have enough space in your inventory, free up at least one slot by throwing out items from the LEFT side of your jacket. I would recommend getting rid of the duct tape or the second set of batteries. Leave ammo for your pistol, because you never know when you might need it. Read a new text message on how to use bandages. Press the H key and locate your wound. Use the bandages to patch it up (screen). Once this is done, close this window. 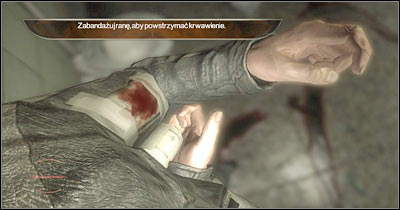