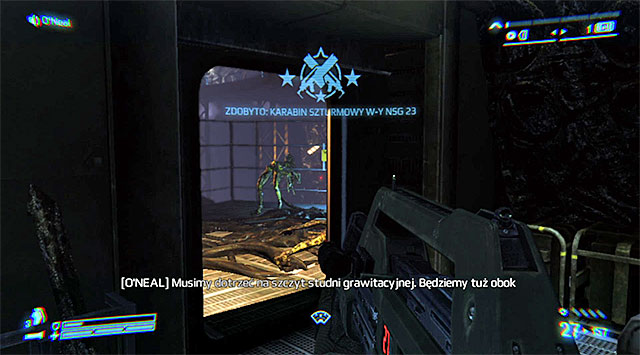 The first thing you need to know about weapons is that not all of them are available at the beginning of the game. Despite of what may seem, new weapons are not purchased, but automatically unlocked upon ranking up. Ranks may be treated as experience levels. There are three ways to earn experience points: by killing enemies, finding secret items, and completing active challenges (explained on the next page). Luckily, you don't have to keep checking your inventory: if acquiring a new rank involves unlocking a new weapon, the game will let you know (the above screenshot). 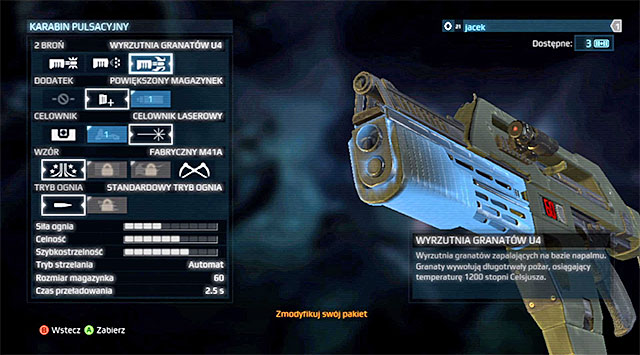 New weapons aren't the only rewards for ranking up; marines also receive points which they can spend on upgrading their weaponry. Customizing your gear isn't mandatory, but it greatly pays off considering how effective it can become on the battlefield. Upgrading is divided into five categories: alternate fire (alternative firing type), attachment (mount additional elements, such as a silencer or an extended clip), sights (mechanical, laser, optical), pattern (paint your weapon - doesn't affect it in any way) and fire mode (switch the primary fire mode). When upgrading a weapon, try to adapt to the conditions on the battlefield. For example, the rifle you use to eliminate enemies from large distances can be enhanced by the addition of a grenade launcher and an optical sight, while a shotgun could benefit from a component that would reduce its recoil effect. Keep in mind that modifications are made for all weapons from a given group. If, for example, you have more than one pulse rifle (the regular one and Hicks' legendary), both of them would be modified.