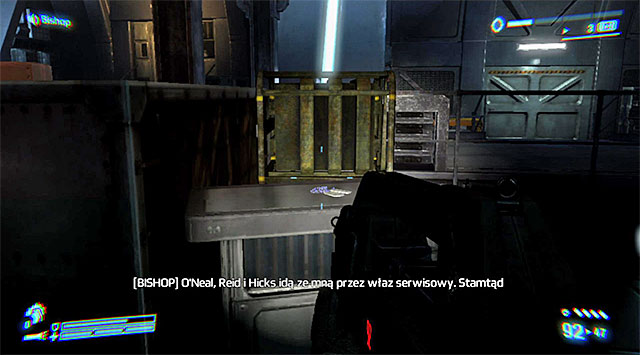 Before getting to the alien queen, it's a good idea to acquire the last three dog tags in the game. The queen will show up only after ending the preliminary conversation with the other marines, but you'll regain your mobility much earlier. As soon as the mission begins, turn around. The first Dog Tag is lying on the box pictured above (Cpl L. Papp). 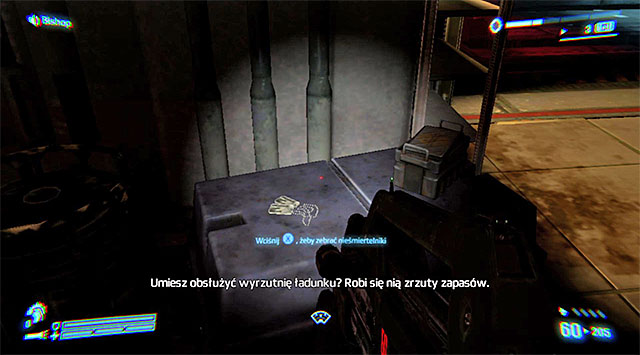 Finding the second one is a bit more tricky, considering that the alien queen may show up in the meantime (read how to avoid her in the further part of the text). To get to the item, turn right and move at the edge of the hangar bay. The Dog Tag (PFC A. Montgomery) is lying on a box in the poorly lit spot (the above screenshot). 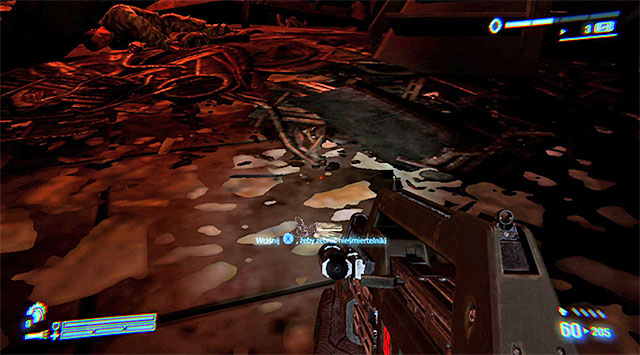 Keep moving along the edge, making sure not to get too close to the alien queen. The last secret has been put where the screen shows, which is near the body and the burning ship fragments. Examine the floor to find the last Dog Tag (PFC William Hudson). 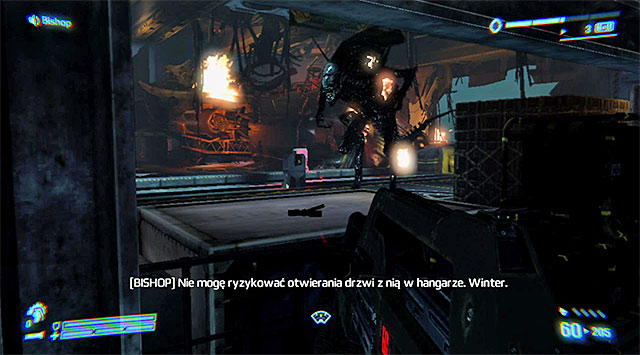 You can now focus on the queen. This isn't going to be a traditional encounter, because the queen is invulnerable to your attacks. What makes it easier, though, is that given her size she can only move around the central area of the hangar bay. It's crucial that you keep moving around the edges of the "arena", sprinting every time the queen tries to grab or hit you. 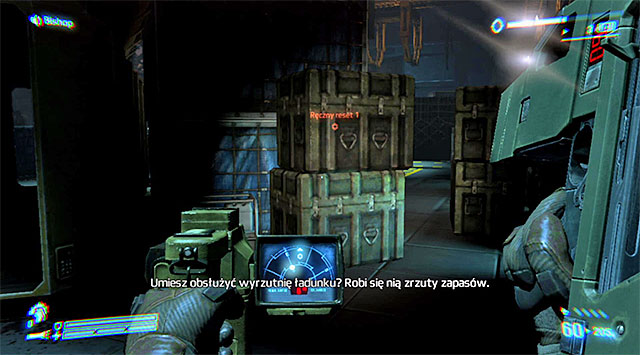 The only way to get rid of the alien queen is to activate the catapult, which is a process consisting of several steps. The first step involves resetting four manual switches connected with the catapult. To locate each of them, use the motion tracker (the above screenshot). 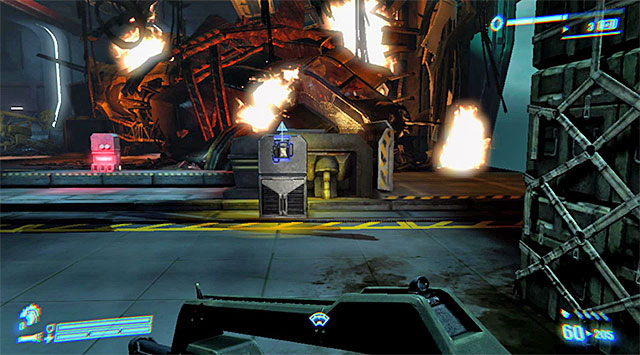 Approach each switch very carefully, all the while moving along the edges. Wait until the queen backs off (retreat if needed) and sprint as fast as you can towards the target (the above screenshot). 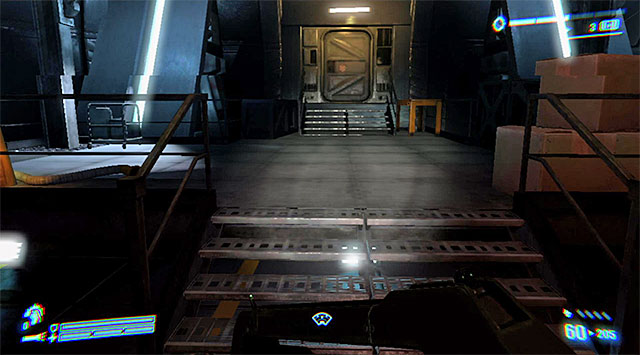 Immediately after interacting with the switch, turn around and get back to the edge. If the queen manages to catch up to you, don't forget to search the area for armor pieces. Repeat the process with three other switches, moving between the right and the left area of the hangar bay. 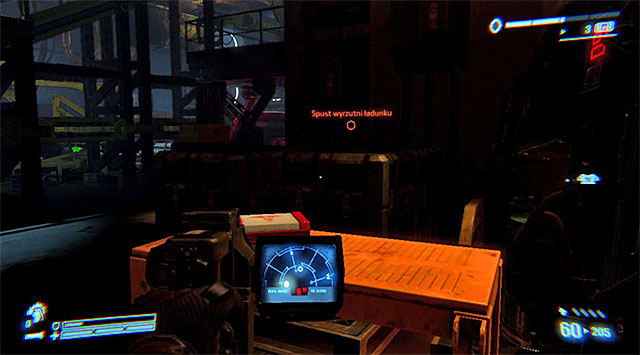 After resetting the four manual switches, use the motion tracker for the last time to locate the cargo launcher release. 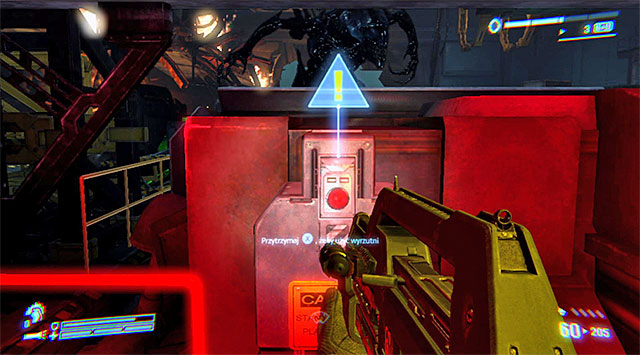 Luckily, the release is located in an easily reachable spot. Wait until the queen is near and fire the catapult to get rid of her and finish the game. Congratulations!