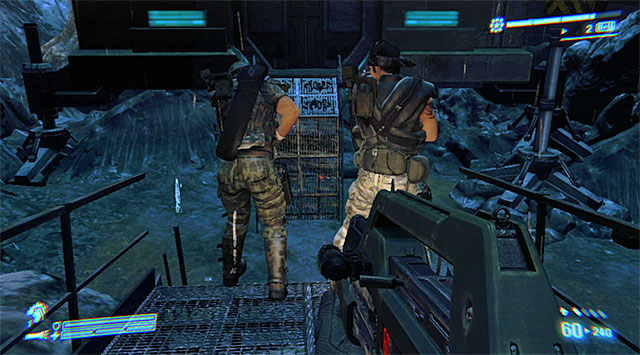 Traditionally, start off by sweeping the area of precious collectibles (there should be a full set of armor in the container where you found the RPG). Afterwards, follow your allies off the platform to the ground level. 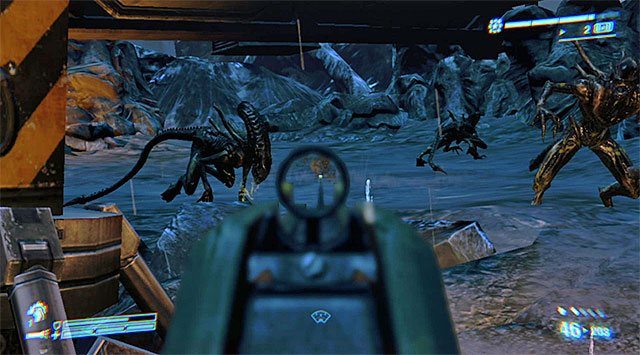 Don't rush towards the crash site; there'll be some fighting with Xenos first. Similarly to any previous encounters, make sure to quickly dispose of Spitters and Lurkers first. Keep track of what's going on the ceilings so that you don't get surprised. 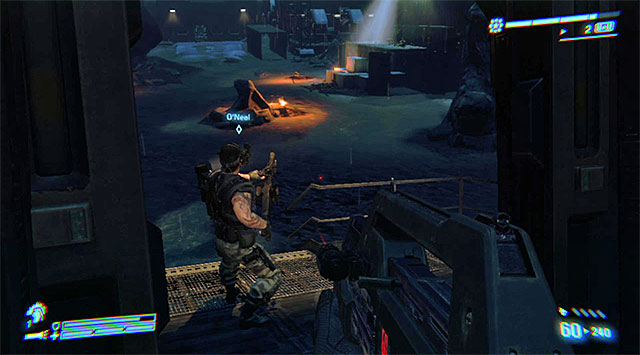 Run through the small building. If you want, you can stop at the above gallery and shoot the Xenos from there. You don't have to, though; the area is wide and there won't be too much aliens to fight with anyway. 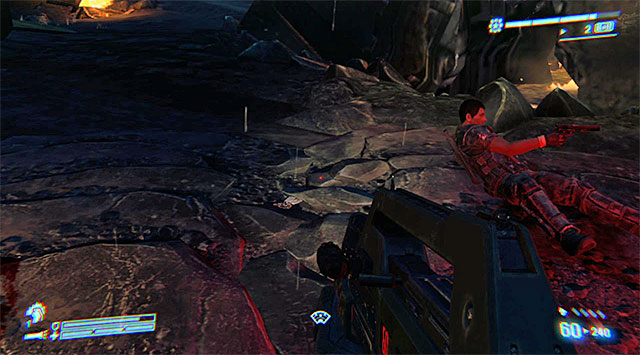 Sooner or later should get close to two marines defending themselves at the crashed dropship. Take a moment to pick up a Dog Tag (Cpl Colette Ferro). 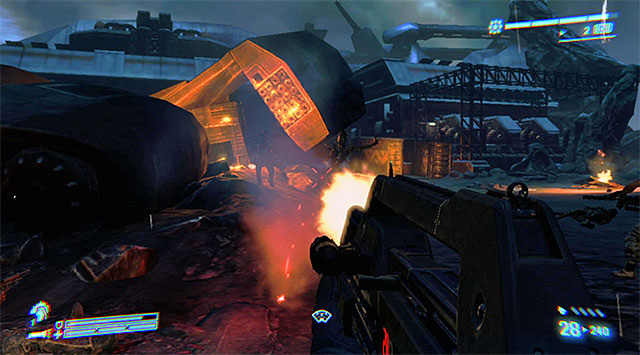 Focus on the Xenos. Try not to get too far your allies; you'll be an easy target otherwise. Keep looking over your shoulders because the aliens will be coming at you from more than one side.