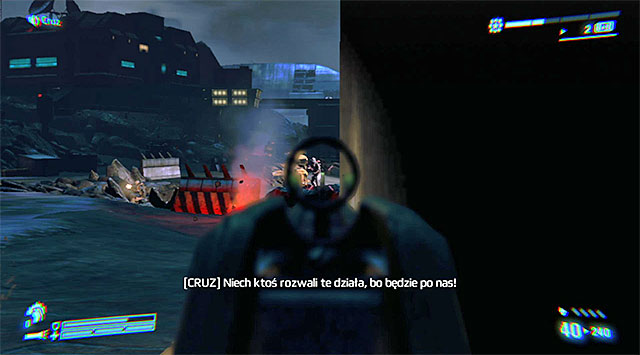 Before you get to destroying the first gun, it's better to clear the area first. It's not required, you can succeed without it, but it should reduce the damage in the further part of the mission, assuming you'll start using covers as soon as possible. Attack the mercenaries you see in the distance, but be aware that new enemies may show up in a while. What's more, sooner or later at least two Lurkers will join in on the fight, so don't let them surprise you. 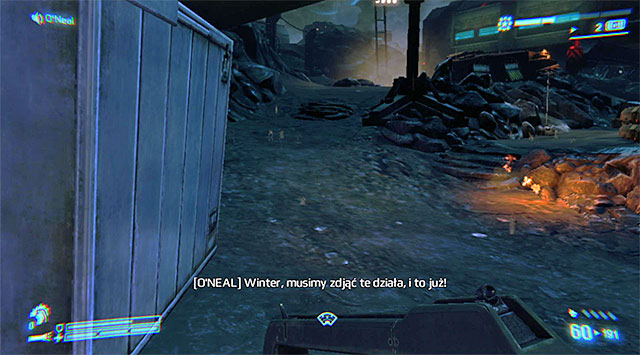 Regardless of whether you chose to eliminate or ignore the enemy forces, head for the hill on the left, pictured above. If you find yourself under fire, sprint. 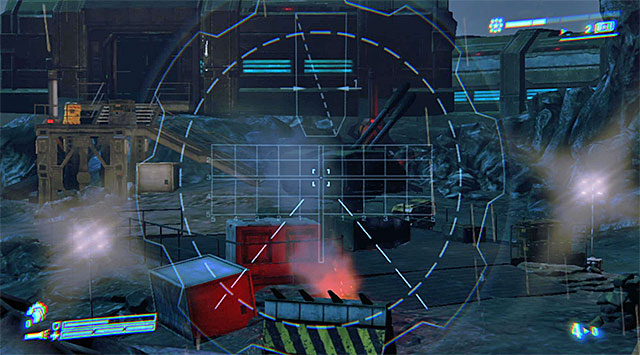 You'll find a full set of armor and the M5 RPG Launcher. Pick it up and aim it at the AA gun. Three successful hits should seal the deal (you can drop the RPG, you'll find another one on the next hill).